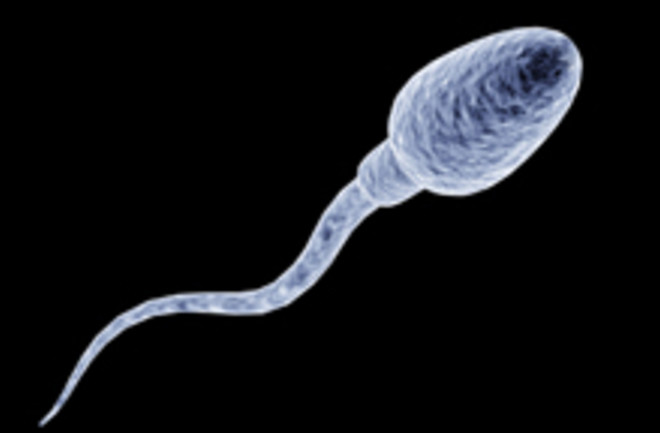 British researcher Karim Nayernia says he has produced human sperm from embryonic stem cells for the first time, but his claims have been met with some skepticism. Embryonic stem cells can develop into any kind of cell in the body, but

researchers have struggled for years to produce reproductive cells from stem cells. The task is particularly difficult because it requires a complex form of cell division called meiosis, which reduces the number of chromosomes per cell by half [Nature News].

In the new study, published in the journal Stem Cells and Development, Nayernia says his team used a special cocktail of growth factors to transform stem cells into sperm. But male fertility expert Allan Pacey says the lab's creations are too abnormal to be called sperm.

"I am unconvinced from the data presented in this paper that the cells produced by Professor Nayernia's group from embryonic stem cells can be accurately called 'spermatazoa." ... Pacey said in a statement that the sperm created by Nayernia did not have the specific shape, movement and function of real sperm [AP].

Nayernia argues that the experiment was a proof-of-concept, and notes that while the lab-grown cells did have some abnormalities, they contained four important characteristics of sperm.

They contain half the number of chromosomes of other human cells (somatic cells contain 46 chromosomes, but egg and sperm cells have only 23, since they combine their genetic payloads during fertilization); they possess a head and a tail; they contain proteins essential for activating the egg during fertilization; and they swim, or move as sperm do in seeking out eggs to fertilize [Time].

While the news is likely to raise ethical concerns,

Nayernia stressed the researchers had no intention of "producing human life in a dish" [BBC News].

Indeed, British law forbids it--even if Nayernia got one of his lab-grown sperm cells to fertilize a human egg, the resulting embryo would have to be destroyed after 14 days under a law that prohibits the creation of embryos for research. But the sperm alone are of great interest to researchers.

The new technique “will allow researchers to study in detail how sperm forms and lead to a better understanding of infertility in men,” Professor Nayernia said in a statement.... “This understanding could help us develop new ways to help couples suffering infertility so they can have a child which is genetically their own” [Bloomberg].

Nayernia's group is now working on creating sperm from the skin cells of infertile men [Time].