Did Arsenic Kill Napoleon? His Hair Says No 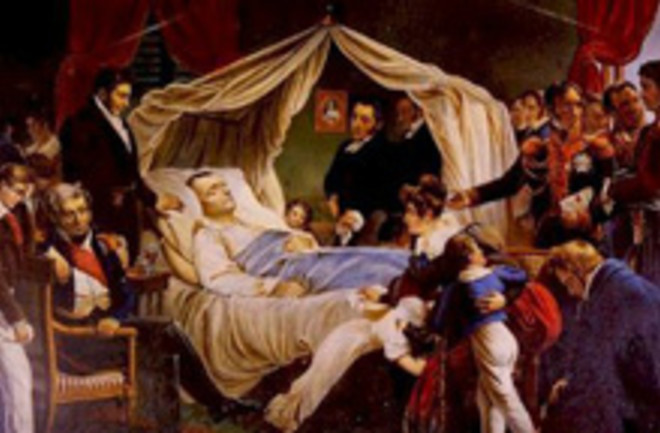 A hair trail has now shed light on a two-centuries-old historical question. Napoleon Bonaparte, the famous dictator of France, died in exile on the island of St. Helena in the southern Atlantic Ocean. While doctors at the time cited stomach cancer as the cause of death, some historians believe that arsenic did him in—high levels of the toxic substance were found in hair samples after he died. But not so fast, says a team of Italian scientists—the arsenic in Napoleon's hair probably didn't kill him. The scientists took samples of Napoleon's hair from the collections of museums in Rome, Paris, and Parma, Italy, which date from his boyhood, his first exile on Elba in 1814 and his death in 1821 . Upon putting the hairs into a nuclear reactor—radiation allows scientists to identify the elements present, and apparently doesn't bother the hairs—the researchers found that Napoleon had consistent arsenic levels in his body his whole life, not just one spike in the end that doomed him. The levels are very high, but that makes sense—small doses of arsenic were used as a health tonic in Napoleon's day, and medicines with tiny arsenic concentrations are still used today. Hairs aren't the only historical artifacts that have been brought into the Napoleon death foray. In 2005, scientists studied his pants, and found that the little corporal was even littler at his death, having dropped almost 5 inches on his waist, which the Swiss researchers said parallels the weight drop of modern stomach cancer patients. So if the Italians are right, Napoleon's original doctors have been vindicated. And they have his hair and trousers to thank.