Did a Guy Find a Cure for Cancer Using Pie Tins and Hot Dogs? 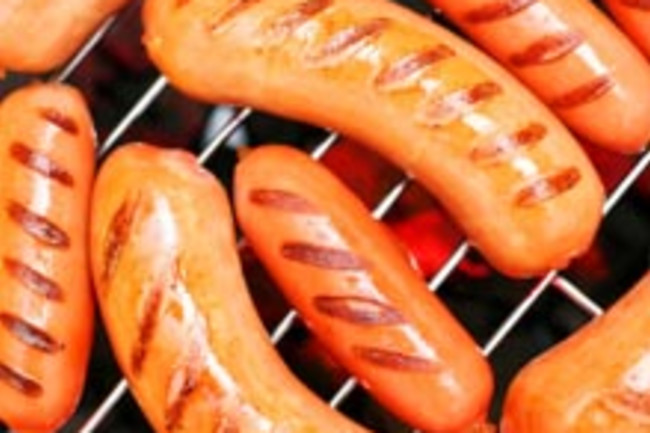 John Kanzius, a former businessman and radio technician who never graduated from college, may have discovered a way to kill cancer cells throughout the body without surgery, drugs, or side effects. Kanzius was diagnosed with terminal leukemia six years ago, and after 36 rounds of chemotherapy and meeting children enduring the same, he decided to find a better cure. One night, he had a flash of inspiration, aided by his lifetime of experience with radio equipment. High-powered radio waves are harmless to human flesh, but will heat up metal particles. So if you can somehow lodge bits of metal into cancer cells, you can cook them with radio waves without damaging healthy tissue. So he started playing around with his wife's pie tins to try to reflect and concentrate radio waves, and ended up creating a prototype device that could send radio waves between two boxes. He then shelled out another $200,000 to create a more advanced, high-powered version, which he tested out with a copper sulfate-injected hot dog. If you're hungry for details about how it works (or for a radio-cooked hot dog), read the patent; basically, the metal got hot, the rest of the doggie stayed cold. But you can't really go around cancer wards injecting copper sulfate into people's tumors—and breasts and prostates aren't hot dogs—so after months of MacGyver moments, Kanzius finally went for a more high-tech tool: nanoparticles. Nanoparticles can be made out of metal, and thousands can fit inside a single cell. Kanzius took this idea to M.D. Anderson liver cancer surgeon Dr. Steven Curley. Conveniently, one of Dr. Curley's patients was Rick Smalley, the Nobel laureate who discovered carbon nanoparticles. Curley asked if he could experiment with some of his metal nanoparticles, and Kanzius ended up using his machine to "blow the smithereens out of [them]." Curley has now used "the Kanzius machine" to cook cancer out of rabbits, and Dr. David Geller at the University of Pittsburgh has used it to destroy liver cancer cells in rats—which he even demonstrated on 60 Minutes. The big problem is targeting only the cancer cells. Curley mentions that his goal is to find a way for the nanoparticles to bind only the cancer cells, but this is a serious challenge. People have already been trying to target chemo drugs for many years with limited success. But if the device doesn't turn out to be the cancer killer he hoped for, Kanzius can figure out how to use his machine for other purposes—last year, for example, he used it to burn salt water.