Well this is exciting... A year ago, I was asked to contribute to a book that would detail 1000 awesome scientific thinkers, discoveries and events over the last century, to be called the Little Black Book of Science. And after a long silence, it's finally out, albeit under the much less good title of "Defining Moments in Science".

I wrote 20 of the 1000 articles (2%, for the percentage-inclined) and in total, the book represents the combined efforts of 60 or so of the UK's finest science writers, including one of my co-bloggers at Cancer Research UK, Kat Arney. Many thanks to Hayley Birch and the good people at Null Hypothesis for editing the not-insubstantial undertaking. It was a great chance to delve into some historical aspects of scientific discovery that I don't usually get to do.

The ones I did include:

Which marks the only time in my life that I have ever deliberately done a Google search for Viagra. Therein lies a world of horror and torment.

Unlike this book. Which you should get. Because it will be brill. 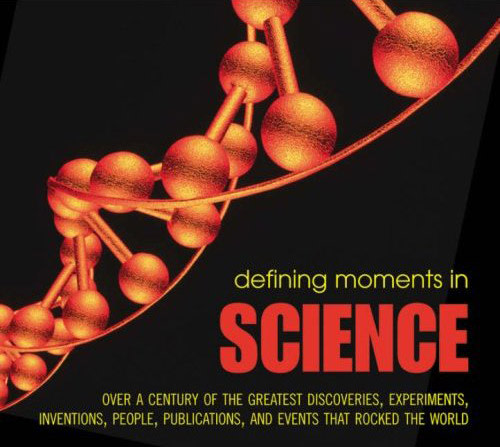