The first case of deer-to-human transmission has been found. Does that mean another COVID-19 variant is coming? 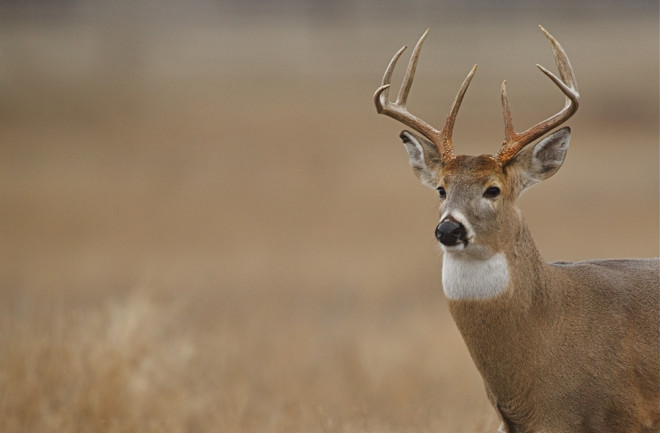 Researchers studying SARS-CoV-2 (the virus that causes COVID-19 in humans) in white-tailed deer in Ontario, Canada, recently discovered the animals likely passed the infection on to a human.

The findings confirm suspicions that SARS-CoV-2 is being transmitted between animals and humans, and show that changing human behavior alone will not stop COVID-19 from spreading, say researchers. Spillback from animals to humans also increases the transmission of the virus and the chance of a new variant emerging.

“This study reinforces the need to further understand the possibility of spread in animal reservoirs and then back to humans,” says Jennifer Guthrie, a microbiology professor at Western University and one of the pre-print’s lead authors.

SARS-CoV-2 has been shown to infect non-human mammals, but evidence is mostly in farmed or domestic populations. Denmark, Netherlands and Spain culled millions of mink in 2020 to prevent them from producing a new coronavirus variant.

The Ties that Bind

Deer were the first wild animals found to have high coronavirus infection rates, most likely because they share receptors similar to humans that allow the virus to bind them. Of 2,000 wild deer studied in the United States, 1,200 were found to have been infected. The virus mostly likely was passed to the deer from humans, possibly through direct contact, wastewater or food, say the study’s authors. But they only found evidence of human to deer transmission, not the other way around.

After studying samples of 300 deer hunted in Ontario, researchers believe they have identified the first instance of animal to human transmission.

Six percent of deer were infected with SARS-CoV-2 at the time of the study and they carried a highly mutated and previously undetected lineage of the virus. That same new lineage was detected in a person who was in close contact with the deer at the same time and in the same region, according to a paper published Feb. 25. It is highly likely the virus was passed from the deer to that person, say the study’s authors and Canada's National Microbiology Lab. The coronavirus was likely originally passed on to the deer from humans or another intermediary species.

The findings aren't surprising, Guthrie says. “SARS-CoV-2 originates in animals and it has been found in animals, obviously coming from humans, so the jump between different species is clear.”

How Likely is a Deer-Transmitted Variant?

Coronaviruses have long been known to have large animal reservoirs, particularly in bats.

Scientists are using artificial intelligence to find which species are more likely to be infected with SARS-CoV-2 and future viruses that may emerge.

The spread of SARS-CoV-2 in animals, who are not monitored for the virus nor affected by public health measures, means the virus could spread more easily before passing back to humans. A lack of knowledge about how prevalent COVID-19 is in animals and where — a key metric that helps limit its spread in human populations — could also facilitate transmission.

Mutations of the virus in animals, combined with the evolutionary pressure as it jumps to humans, increase the likelihood of another variant emerging that could spread more easily or cause more severe disease, Guthrie says. The virus that had been found in the deer was highly distinguished from the original lineage, with 49 mutations.

A key takeaway from the finding is that "there was no chance of global eradication once the virus was well established in different reservoirs,” says Stefan Baral an epidemiologist and professor at Johns Hopkins Bloomberg School of Public Health.

Understanding these animal reservoirs is key, Baral says. They could reveal that vaccinating domestic pets lowers the risk of virus transmission or mutation, or that hunting wild animals increases the risk of contracting SARS-CoV-2 and other viruses.

Better understanding of coronavirus transmission between humans and animals is needed, say Baral and Guthrie, who cautioned against an overreaction to the finding.

For example, mass culls would be ineffective, they say. Though deer populations are large, with around 25 million in the U.S., humans — the main vector of SARS-CoV-2 — number 330 million.

And unlike a single, controlled farm population, such as the mink culled earlier in the pandemic, deer do not respect borders.

"Unless you have really good information to know exactly where to target, I think you are probably going to have little impact,” Guthrie says.

Deer to human transmission could also be rare. Guthrie says she would have expected more cases to have been found if it were common, though the end of hunting season prevented further investigation of the white-tail deer.

She called for better understanding of zoonotic transmission through collaboration between ecologists, virologists, wildlife biologists and public health.

Until then, basic precautions should be followed to prevent more spillover between animals and deer — particularly for hunters, who come into close contact with the animals.

"We recommend safe practices when dressing the deer, especially around any sort of respiratory regions, and then good hand hygiene. All that kind of stuff,” Guthrie says.