Dads Who Drink Right Before A Pregnancy Might Harm Their Baby’s Health, Too 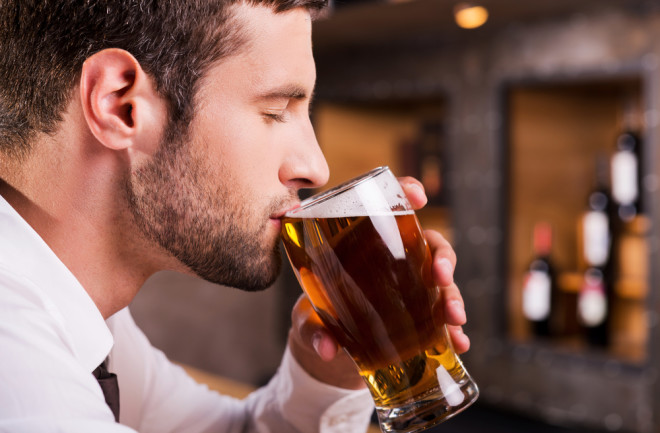 We’ve known for decades that pregnant women who drink alcohol put their baby at risk of developmental problems. New research out today in the European Journal of Preventive Cardiology examined a connection that gets less attention — dad’s drinking habits.

Paternal drinking in the three months before conception was associated with a 44 percent increase in risk of congenital heart disease, the study found. The illness is the most common birth defect, and can make blood move too slowly or in the wrong direction. Maternal alcohol consumption in the same time period increased the likelihood of those same problems by 16 percent.

Previous meta-reviews of this sort had only looked at women, so the lab decided to include data on paternal alcohol consumption as well. The studies asked one or both parents to recall what their alcohol habits had been before their child’s birth or tracked parental drinking leading up to their having a baby.

Combining data on 41,747 babies with congenital heart disease and 297,587 without it showed the researchers that drinking more — for both men and women — in a six-month time frame around conception increased the risk of a heart defect. And for men, binge drinking, defined as five or more drinks in a day, upped the risk even more, to 52 percent.

These results don’t prove that a dad’s drinking is more harmful than a mom’s, Qin says via email. Nor do they provide a clear causative link between alcohol and congenital heart disease. But because most pregnancy research ignores men and alcohol, the relationship deserves serious investigation, Qin says.

This analysis wasn’t perfect. The authors found some evidence of publication bias, meaning that some papers may have been published only because the results matched up with what the researchers hoped to find, while others with more negative results went unpublished. The studies also ranged widely in their risk estimates, providing another reason to be cautious about these conclusions, Qin says.

To err on the side of caution, Qin says, dads should avoid alcohol for six months before conception, while women should stop drinking a full year prior to conception and while pregnant. In the meantime, Qin says, it’s time for a bigger study with expecting parents to make sure that alcohol really is upping the chances of heart defects.