Dad's Experiences Affected You, Even Before You Were Born 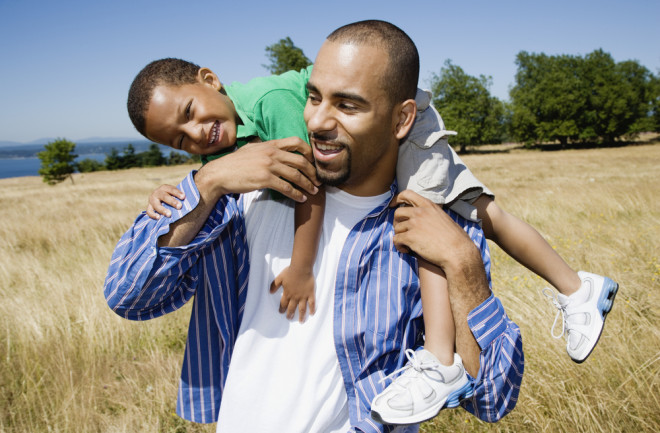 The lifestyle and environment of men can have implications on their children before they decide to become fathers. (Credit: Volt Collection/Shutterstock) It might not just be expectant mothers who have to pay attention to their lifestyle. Now a new study published in Science could be relevant to a growing body of research looking at ways in which the lifestyle and environment of men before they become fathers could influence the lives of their children and grandchildren. We know that many human traits, such as weight, height, susceptibility to disease, longevity or intelligence, can be partly inherited, but researchers have so far struggled to identify the precise genetic basis for this. This may partly be due to limitations in our understanding of how genetics works, but now there is growing interest in the potential for something called “epigenetics” to explain this heritability.Epigenetics refers to the information in the genome over and above that contained in the DNA sequence. This information takes a number of forms, but the most popular ones scientists have studied relate to the chemical modification (known as methylation and acetylation) of DNA and the proteins called histones that together make up the human genome. This epigenetic information – which influences which copies of the genes in our DNA are “expressed”, or used – may be passed from one generation to another during reproduction. It can even persist within a lifetime in a person’s tissues and organs, even as their cells are replenished. There has been much interest in recent years in the possibility that a person’s environment during reproduction, such as their nutrition, can influence the “epigenetic signatures” in their children – potentially with consequences for health later in later life.

A person’s environment during reproduction, such as their nutrition, can influence the “epigenetic signatures” in their children. (Credit: Lopolo/Shutterstock) Most studies have focused on epigenetic signatures passed on through the maternal line. But the mother’s genetic material accounts for only half of a child’s genome and researchers are increasingly looking at the importance of fathers in the process of epigenetic inheritance. The new study in Science claims to have shown that manipulation of the epigenetic process during the production of sperm in mice influences the development of their offspring over multiple generations.

What Fathers Pass On

We already know that specific epigenetic signatures in father’s sperm have been linked to the risk of autism in children. The age of a father when a child is conceived has also been associated with epigenetic changes in sperm and the susceptibility of his children to certain diseases. Epigenetic changes have also been observed in children born after IVF treatment where their father’s sperm were defective. Studies with mice show that administration of ethanol to males alters the epigenetic signatures in the brains of their offspring. These and other studies point to the potential impact of the way father’s live their lives on the health of their children and the Science study provides new insights into how this might come about. In their new study, scientists at McGill University in Canada, used genetic engineering to alter the activity of one of the histone proteins that controls epigenetic processes – KDM1A histone lysine 4 demethylase – during the production of sperm in mice. They showed that this change influenced the health and development of the offspring and that the effect persisted over a number of generations.

Epigenetic Signature of the Father

The study does not provide evidence that any known human genetic condition or particular environmental exposure will actually mimic this artificially induced effect. But the researchers suggest that genetic variation in the specific epigenetic controllers (histones) that they studied could produce similar effects in humans.

Epigenetic changes in a man could even affect his grandchildren. (Credit: Goodluz/Shutterstock) They also suggest that if certain factors in a man’s environment disrupt this same epigenetic process during the production of sperm, this could also be an underlying cause of birth defects and disease that may be traceable to the father. These are serious medical conditions but many researchers are also interested in more subtle effects in the general population. Scientists have hypothesised that the “evolutionary utility” of these milder effects is that they would allow offspring to somehow sense the “metabolic environment” (such as famine or plenty) into which it will be born, and program its own metabolism to respond appropriately to that environment. For this to work the “epigenetic program” would have to be reset with every generation but this new study appears to demonstrate a stable epigenetic change which is inherited across multiple generations. More work needs to be done to understand how this new finding relates to human epigenetic inheritance but it advances our knowledge of how the process might operate. It is still early days in this field of research but if these processes are relevant to humans the consequences may be significant. Traits that we once thought were inevitable could be modifiable and what we do in life may have implications not only for our own health but also potentially the health of our children and even our grandchildren.