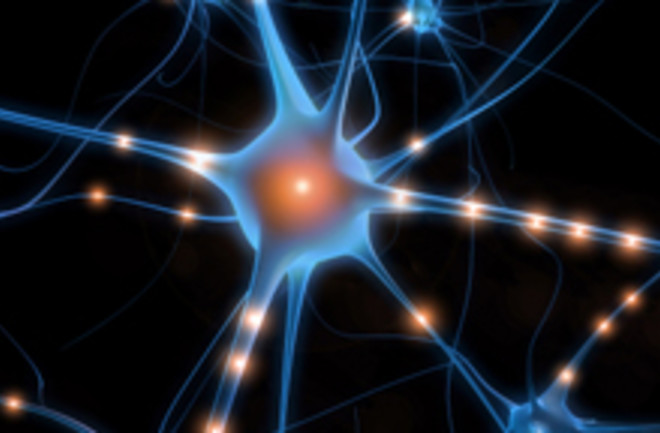 In recent weeks we've covered new experimental treatments that involve injecting stem cells into patients to treat conditions like stroke and spinal injury. But in a new study, British researchers have pinpointed the possibility—in rats at least—of stimulating the body's own stem cells to repair the chronic damage brought on by multiple sclerosis. In MS patients, the immune system mistakenly attacks what's called the myelin sheath, the protective layer around the axons of nerve cells.

The loss of myelin in MS sufferers leads to damage to the nerve fibres in the brain that send messages to other parts of the body, leading to symptoms ranging from mild numbness to crippling paralysis. [AFP]

So a team led by Robin Franklin experimented with rats that had central nervous system damage, which serve as animal models for MS. The researchers then looked for a way to signal the rats' brains to repair the myelin damage.

In his research, published today in Nature Neuroscience, Franklin found a way to activate the "RXR pathway", a crucial cell development route that turns brain and spinal cord stem cells into myelin-making cells, in rats and mice. If the same pathway could be switched on by drugs in humans, the cells could regenerate the damaged myelin sheaths around the nerve fibres of MS patients. [The Guardian]

At the moment, Franklin says, MS treatment focuses on simply reining in the immune system to slow the attacks on the myelin sheaths. But if Franklin's treatment could work in people, then someday patients could see their nerve damage repaired and could regain motor function lost to the disease. Already, attempts to treat people with early-stage MS with stem cells from their own bone marrow has shown some success

"Therapies that repair damage are the missing link in treating MS. In this study we have identified a means by which the brain's own stem cells can be encouraged to undertake this repair, opening up the possibility of a new regenerative medicine for this devastating disease." [BBC News]

Franklin says that preliminary trials of drugs could be ready within five years. He adds:

"The caveat is that the road from where we are to a treatment is unpredictable, but at least we now have a road to go down." [The Guardian]