Confirmed: Kids of Older Dads At High Risk of Mental Illness. But Why? 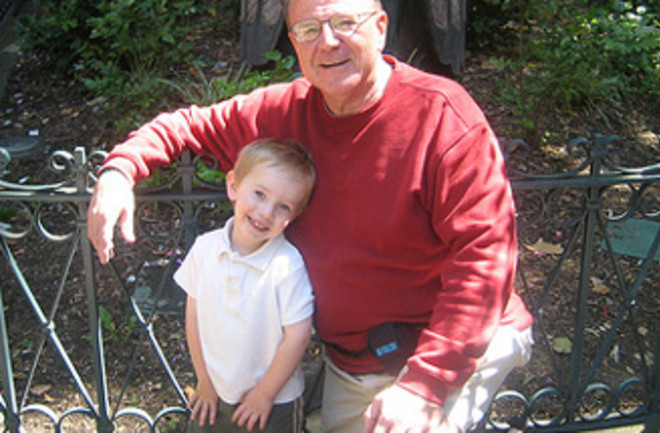 Children of older mothers, scientists have long known, are at higher risk for certain genetic disorders such as Down syndrome. But the father's age is matters, too. As a father's age increases, research shows, so does his child's risk of mental illness, schizophrenia and autism in particular. In Scientific American, Nicole Grey explores the link between a father's age and his child's health, as well as the tricky questions about what mechanisms are behind the that link: genes, epigenetic changes, environment, or some combination of the three. Some researchers suggest that epigenetic changes, alterations in how genes are expressed, that occur over a man's lifetime may be passed down to his children, triggering such diseases, or that genetic mutations in sperm may make children more vulnerable to developing psychiatric disorders, rather than directly causing the condition. And for all the worry about genetic changes in a woman's eggs once she passes 35, a man's sperm has ample opportunity to accumulate mutations, too:

When it comes to reproductive outcomes, older men are actually disadvantaged compared with older women, due to the high rate of sperm cell division. [Psychiatry professor John] McGrath points out that during a woman's lifetime, her oocyte cells divide only 23 times. Women are born with all of the eggs they will ever carry. Once boys hit puberty, their sperm cells divide every 16 days. "By the time a man is 40, his sperm cells have undergone 660 cell divisions, and 800 cell divisions by age 50," he says. More divisions translate into a higher risk for genetic alterations.