Coffee: A Most Enigmatic, Ubiquitous Beverage 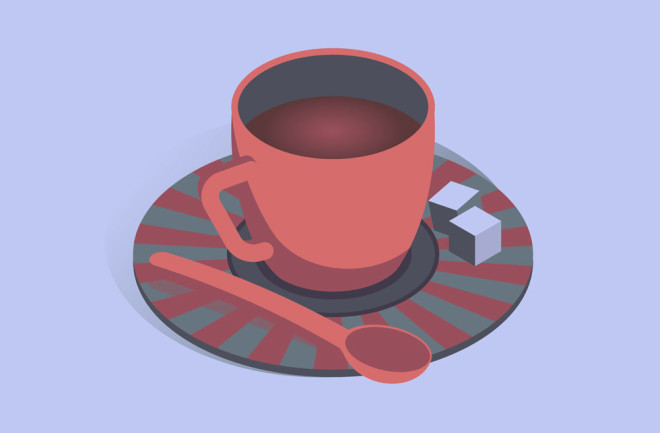 Legend has it that coffee was discovered by a goat herder around 850 AD in what is now Ethiopia. It soon spread around the globe and is currently consumed by billions of people every day. But as the drink gained in popularity, it also gained a bad rap. From claims that coffee led to illegal sex in the 1500s, or that it caused impotence in the 1600s, to the more recent belief that it stunted your growth, history has not been kind to coffee.

In recent years, rumors have been replaced by scores of scientific studies. But reading through the research can be dizzying, as you’ll often come across a conclusion that directly opposes another you just read. In fact, it’s unlikely that any single study would yield enough evidence to convince us about the health effects of coffee one way or another. So some scientists instead focus on compiling these disparate findings into mega-studies called meta-analyses. Eventually, the meta-analyses became so numerous that scientists started aggregating those into what are known as umbrella reviews to see if they could glean any general wisdom about coffee’s effects.

Two umbrella reviews were published last year (here and here), and their findings flew in the face of centuries of coffee gossip. The verdict was that coffee drinking is linked to lowered risk of myriad diseases like type 2 diabetes, heart disease, a few types of cancer, liver disease, Parkinson’s, Alzheimer’s and depression—not too shabby. Above all, coffee drinkers were less likely to die early from any cause. And with the possible exception of drinking it while pregnant, there were no negative effects to speak of.

“The key message is that with the evidence that we have up to date, we can say that coffee can be part of a healthy diet,” says nutritional epidemiologist Giuseppe Grosse at the University of Catania in Italy and lead author of one of the umbrella reviews.

Grosso also notes that the verdict could change. That’s because, for all of the studies out there, there’s still a whole lot we don’t know about the effects of coffee on our health. Here are some of the lingering questions that researchers are digging into.

What have genes got to do with it?

Although studies are beginning to converge on the benefits of coffee, it’s hard to ignore the often-opposing findings. A major culprit has been that pesky variable of genetic diversity among study participants, which surprisingly, is rarely considered.

Take the gene CYP1A2, which encodes an enzyme of the same name that breaks down caffeine. One variant of this gene produces an enzyme that does the job quickly—at least for those who inherit two copies of it from their parents. People who inherit the other form of the gene are slower to process caffeine, so it hangs around in their bloodstream for longer. It turns out that whether you’re a fast or slow metabolizer helps to determine the toll that glugging coffee will take on your body.

Heart attacks are a prime example. For a long time, drinking coffee was thought to raise the risk of heart attack. But when researchers sequenced the CYP1A2 genes of coffee drinkers, they found that the risk was only heightened for those with the slow caffeine metabolism version of the gene.

Marilyn Cornelis, a geneticist at Northwestern University who led the study, has since searched far and wide across the genome, and zeroed in on additional genes that, like CYP1A2, help govern how the body processes caffeine. She’s still on the hunt for more.

“Very few studies have actually accounted for genetic variation,” says Cornelis. This omission may explain many of the inconsistent findings reported both in scientific journals and in the news. “What’s kind of cool now is that you look at these more recent studies they finally at least note the limitation of not including that variation.”

What makes coffee good for you?

Although coffee is often equated with caffeine, the two are not synonymous. A seemingly simple cup of coffee is actually a complex blend of more than a thousand chemical compounds, including caffeine, chlorogenic acids and diterpenes.

Peter Martin, the founder of the Vanderbilt University Institute for Coffee Studies, says now that people are starting to accept that coffee has health benefits, the next logical question for scientists to ask is: How?

“Mechanistically, we don’t quite know how increased rates of coffee consumption can reduce rates of things like Alzheimer’s disease, various forms of cancer, depression, and Parkinson’s disease,” he says.

The answers may be as numerous as the diseases in question. Caffeine seems to be responsible for protecting coffee drinkers against Parkinson’s, for instance, but when it comes to guarding against type 2 diabetes, you’re just as well off if you prefer decaf. Clearly, there’s more to it than caffeine alone.

Many of the compounds found in coffee are antioxidants. That means they protect our cells by disarming dangerous molecules called reactive oxygen species (ROS), which can damage our DNA and proteins. “It’s easy to assume it’s a general mechanism, such as antioxidants, that works for practically every disease,” says Martin, but these antioxidant effects are probably just one piece of the puzzle.

How much coffee should you drink?

Coffee may have health benefits, but how many cups should you be knocking back on a daily basis?

Once again, part of the answer may lie in your genes. Those stretches of DNA that control how your body processes caffeine may explain why some people feel fine after six cups, whereas others will get jittery and anxious after just one. “I think it’s important to find out what subgroups of the population should not be consuming coffee or limit their caffeine intake,” says Marilyn Cornelis.

Fortunately, we are naturally equipped to regulate our coffee consumption to some extent, according to Cornelis’ research. She discovered that people tend to adapt their coffee-drinking habits to reach their own caffeine sweet spot—the point at which they feel good but not jittery.

Nonetheless, recent headlines have touted 3 to 4 cups per day as optimal. That number was linked to the best outcomes for multiple diseases in one of the big review articles published last year.

Taking that number as a one-size-fits-all guideline is problematic because, aside from ignoring genetic differences, there is also the issue of what ‘a cup of coffee’ means chemically. It could mean a big cup or a small cup, instant coffee or fresh brewed, and a light, medium, or dark roast. Each version of a cup contains different levels of biologically important chemicals like caffeine, yet most of what we know about coffee and health still comes from studies that measure coffee consumption in terms of cups.

How does coffee impact pregnancy?

Just about every aspect of health impacted by coffee-drinking deserves deeper study, but one in particular stands out.

“I would nominate the effect of caffeine on pregnancy as probably the most serious and tough problem to figure out,” says David Schardt, a senior scientist at the Center for Science in the Public Interest.

March of Dimes recommends that pregnant women limit themselves to 200 mg of caffeine per day, which is roughly the amount in one big cup of coffee. But they preface that number with an admission: “We don’t know a lot about the effects of caffeine during pregnancy on you and your baby. So it’s best to limit the amount you get each day.”

It’s true that little is known on the topic, and for good reason. When it comes to pregnancy, researchers rely on observational studies, which are often plagued by hidden factors that are not part of the study but still sway the results. That’s because randomized controlled studies—considered the gold standard of medicine—are out of the question for pregnant women, says Schardt.

“You would never randomly assign pregnant women to consume caffeine or not because if it turns out to be harmful, that would be unethical,” he says.

Saddled with lower-quality data, scientists have found that drinking coffee while pregnant may be linked to low birth weight, preterm birth, and pregnancy loss. Caffeine can pass through the placenta, where it gets broken down slowly because the fetus’ version of the caffeine-processing enzyme CYP1A2 doesn’t work as hard. That means when a pregnant mother drinks caffeine, the fetus gets prolonged exposure to the chemical. Still, with mainly observational data to go on, it’s hard to pin down if and how caffeine ultimately affects pregnancy.