A so-called “crack pen” could reduce the many harms of smoking cocaine. But will it work, and will people actually use it? 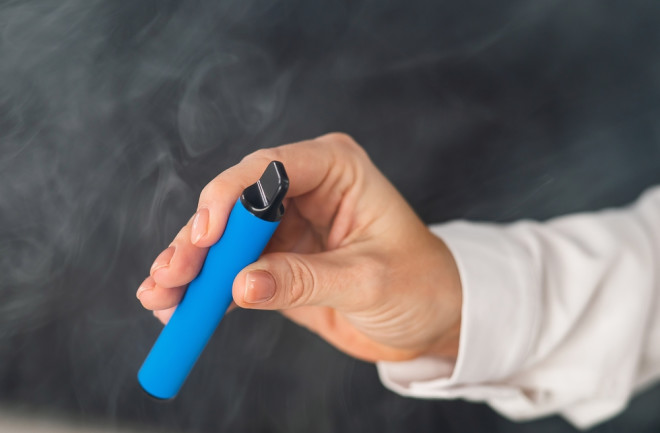 Vaping cocaine might sound like something no scientist would recommend — but a pair of European researchers want to make it reality, and it could actually help people who struggle with stimulant addiction.

In a paper recently published in the journal Drug Science, Policy and Law, toxicologist Fabian Steinmetz and addiction research professor Heino Stöver conceptualized a cocaine e-cigarette. The authors say such a device could mitigate the harms of smoking cocaine by reducing the risk of overdose and death, and may help people eventually find treatment when and if they’re ready. The design is similar to what a normal e-cigarette contains: a battery, an atomizer for heating the drug, and a cartridge for the e-liquid — only in this case the cartridge wouldn’t contain nicotine, but cocaine.

Vaping certain drugs is obviously popular and is generally seen as a less dangerous — but by no means risk-free — activity compared to inhaling smoke. But vaporizer technology has been co-opted to ingest illegal drugs, too, including the powerful psychedelic DMT, MDMA (also known as ecstasy), and yes, cocaine. So Steinmetz isn’t claiming to have invented the idea of a cocaine e-cigarette — or “crack pen,” as some online have called it — but he has done the legwork to make this design a reality. The question is how much it may actually help and whether people would actually use it to help mitigate their addiction.

“I'm definitely not the first person who thought about this,” Steinmetz tells Discover. “It might be somewhere in between crack and snorting cocaine, but if it helps half of the people, then it helps half the people.”

Cocaine can be refined into a hydrochloride powder that is typically snorted. But in its freebase form, cocaine can also be smoked thanks to a lower boiling point. The crackly sound it makes when heated is where this variation gets the name “crack.” Both forms are essentially the same drug, but that hasn’t always been reflected in legal distinctions: crack carries more severe penalties than powder, but crack is generally cheaper, so communities of color are often the brunt of these laws.

Because the route of administration is different when snorting versus smoking, the high from cocaine powder versus crack cocaine is different, too. Crack gives a more intense rush that wears off faster, so if someone is addicted to it, they may use it many times in a day.

“The most harmful thing about stimulants is that people continuously use them,” Steinmetz says, noting that the resulting sleep deprivation can increase the risk of psychosis. The heated particles can also cause damage to the lungs, sometimes called “crack lung,” which is something a vaporizer would address. But it may keep people alive in other ways as well.

“You can actually decrease the risk of overdosing,” Steinmetz says. Furthermore, Steinmetz argues, because his concept would be a prescription model targeted at people who tend to shun the healthcare system (because their drug use is illegal), it may help them find treatment when they’re ready. (Forcing people into rehab has been shown to be widely ineffective.)

But according to Steinmetz, one of the biggest benefits of a cocaine e-cigarette would be that it would remove the risks of prohibition. No more back-alley deals or substances cut with unknown chemicals. Steinmetz says that many scholars, when weighing legalization and decriminalization, “always neglect how much harm prohibition is directly or indirectly inflicting on people.”

Can We Make Illegal Drugs Safer?

The cocaine e-cig is an example of “safe supply,” a concept in harm reduction that suggests by replacing black market drugs with a pure version of the same substance, prescribed by a doctor, risk of overdose and death can be reduced. Safe supply already exists in small forms in Europe and North America, generally involving opioids like hydromorphone.

Doctors in the U.K., Switzerland, Canada and Germany can prescribe heroin so that users don’t seek an illicit version that could be tainted with other drugs. Data published in the Cochrane Database of Systematic Reviews suggests that so-called heroin-assisted treatment can actually reduce drug use, increase graduation into treatment and, most importantly, reduce mortality.

For the last two years, Mark Tyndall, a public health professor at the University of British Columbia, has been running a safe supply program in Vancouver using vending machines, which is especially helpful during the COVID pandemic. Right now, he prescribes injectable hydromorphone, sold under the brand name Dilaudid, to about 70 patients, with plans to expand the program. The machines work using a touchscreen, biometric hand scanner, and participants can pick up the drugs several times a day.

The results have been promising thus far. Several patients have graduated out of the program, while many others have reduced their drug use or stopped buying off the streets entirely.

But, Tyndall notes, “It's a drop in the bucket as far as need goes.” More than 1,500 people died from overdoses in B.C. between March 2020 and March 2021 — double the amount from the same period in 2019. “Clearly what we're doing now, the incremental progress that we think we're making, is not making enough difference.”

E-Cigs for Opioids and More

Tyndall has been kicking around the idea of an opioid e-cigarette, but like the cocaine pen, it’s just an idea. Tyndall estimates in B.C. around 30-40 percent of opioid users smoke heroin or fentanyl. But while smoking opioids is safer than injecting them, it can still cause health problems and tools like e-cigarettes could make it less harmful.

At least in some countries, it’s actually not that farfetched to imagine doctors prescribing a cocaine e-cigarette for problematic stimulant use. Still, safe supply is not a very popular idea yet. “In Germany, every physician could prescribe [heroin], but there are still only 10 practices in the whole country,” Steinmetz says.

Some experts have argued that safe supply led to the current opioid crisis, noting the high rate of prescription opioids that, more than a decade ago, fueled the first wave of the overdose crisis. But Tyndall and his colleagues have argued that we’re no longer in the first wave of this public health emergency — we’re now in the fourth wave, fueled by synthetic opioids like fentanyl and isotonitazene. We need different strategies, whether that’s safe supply in the form of cocaine vaporizers, supervised consumption sites, or naloxone distribution programs.

Whatever role safe supply plays in the future of addiction treatment, many global health experts argue that prohibition is ineffective. “People stop using drugs when they find something better,” Tyndall says. “And we don't offer people much better, we just keep punishing them.”