A man clutches at his throat, unable to breathe. As his oxygen level plummets, the race is on to get a tube safely into his trachea in a matter of seconds. 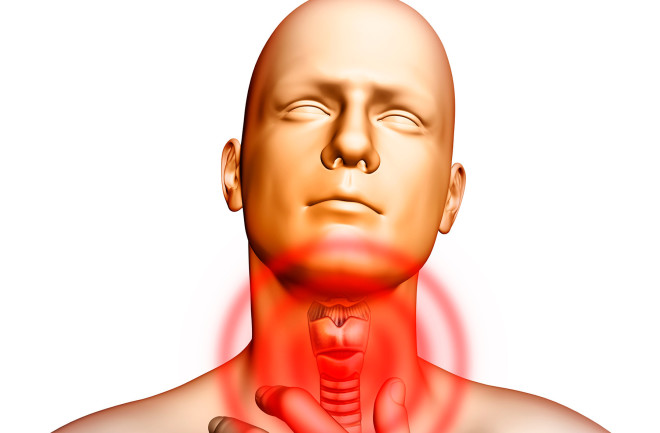 The ambulance-bay doors hissed apart. A man staggered in. Face contorted in panic, hand on his throat, he croaked, “I can’t breathe!”

Not true, I thought dimly. Here you are, shouting at us.

Victoria, the triage nurse, hustled him into the trauma slot. More nurses swarmed.

Eyes wide, he dropped his hand. He was thin and sinewy, so I expected him to sport a prominent Adam’s apple. Instead, he uncovered a sickly blue mound. I reached to feel it, but he jerked back.

“Can’t breathe!” he rasped. His hands clenched my forearms in a wrestler’s grip.

I ordered nebulized epinephrine, thinking it would shrink swollen throat tissues. The trauma team, three residents and their attending physician, barreled in.

The friend who drove him to the ER appeared.

“What happened?” four of us shouted.

“Second base. Line drive got him right here,” he said, chopping at his own throat.

The pulse oximeter lit up: 78. Pulse oximetry measures the percentage of arterial hemoglobin carrying oxygen. Normal is 96 to 100 percent. But 78? I’d never seen a patient that low talk, much less walk.

I gawked at the screen, willing it higher. The oximeter’s finger probe often picks up better after a few seconds. This one dropped. I grabbed the mask with epinephrine, cranked the oxygen and jammed it on his face. Flailing now, he shoved me away.

His face turned dusky. The pulse ox lurched below 70 percent.

Grace, the trauma chief, sidled up. “No choice, really,” she said in a this-ship-is-going-down tone. By then I’d grabbed a laryngoscope to see into his throat and an endotracheal tube to insert down his windpipe. I offered them to Grace — she was the trauma chief, and this was trauma. She lifted her chin: “Go ahead.” In a blur, multiple hands grabbed swinging arms and legs to center our patient on the stretcher. A nurse pushed a paralytic drug and a sedative into the IV line. The surgery residents swabbed his neck with iodine solution, ready to cut a hole in his neck if my intubation attempt failed.

Secure the airway — emergency medicine’s holy grail. The goal: get a tube in the trachea to breathe for a patient who can’t get oxygen in or carbon dioxide out, or both. The method: slide the curved steel blade of a laryngoscope into the mouth, push the tongue aside, then slip a plastic endotracheal tube — usually stiffened by an internal metal stylet — around the base of the tongue, under the epiglottis (the petal-like flap that covers the trachea when you swallow), away from the yawning esophagus below, through the narrow tracheal cartilage, between the vocal cords and into the windpipe. In inert, frail 90-year-olds, this is pretty easy; in thrashing, suffocating baseball players with smashed larynxes, less so.

Off oxygen, brain cells begin to die in four minutes. If that happens, it’s your fault because good ER docs can always secure the airway. But we do sometimes fail; studies say about 1 percent of the time. The videos of tubes not going in — of rising panic as doctors jam and shove laryngoscopes in, of blood and vomit filling the throat — make for rapt audiences among young trainees.

Clever gadgets and better training help to head off that nightmare. Fiber-optic laryngoscopes give you a tip’s-eye view to better navigate the throat’s curves and narrows; form-fitted airway devices can go into the mouth to block the esophagus and deliver oxygen to the trachea; simulation dummies — computer-enhanced and lifelike — pop up everywhere; and newer paralytics and sedatives can take a patient down in less than a minute. (It’s almost always better to intubate an unconscious, paralyzed patient than an awake, fighting one.)

But nothing’s perfect. Rigid stylets inside fiber-optic-guided tubes can pierce tracheas; medications can drop blood pressure. Sometimes there is too much bleeding or no time or massive swelling, and you just miss.

The last resort is to cut into the neck and pierce the trachea (“cut to air,” in the trade) and work a tube in — a bloody, risky proposition. Which is exactly what the surgeons were ready to do if I failed.

In Search of Breath

I had one shot. As our patient went flaccid, two thoughts flew through my head. The first, how I would sound on the witness stand justifying time wasted on the nebulized epinephrine as brain cells died. The second, the well-recognized possibility that by manhandling a fractured larynx, I would disrupt the anatomy beyond rescue.

There was no more time. I pulled the mandible down with my right hand, hefted the laryngoscope handle with my left and slid the smooth, silver blade along the pebbly curve of the tongue.

Grace planted herself at my elbow. “Just look for cords,” she said softly.

The top of the epiglottis came into view, drooping like a rose petal. A pool of yellow fluid blocked my view.

I jammed the suction catheter in. Nothing.

“Here,” Grace said, relieving me of the endotracheal tube. I’d been gripping both tubes together. Now I could suction.

“Find the cords,” she repeated.

Lifting the tongue, I spied the vallecula, the dip between tongue and epiglottis, and gingerly pushed the blade tip against it. The rose petal popped up to reveal — deep within their fortress of cartilage — the vocal cords.

I aimed for the dusky gap between the two shiny white cords, held my breath, then slowly — they always say go slow, or you’ll bounce off tracheal cartilage into the esophagus — advanced to the opening and tried to jimmy the tube in.

Angry red lines — fractures? — crisscrossed the cartilage walls. To my relief, there was a gap between the cords. Blows to the neck can trigger cord spasm, effectively corking the airway. Paralytics are supposed to overcome that, but between spasm and disrupted anatomy, it wasn’t safe to assume anything. “Just go for cords,” Grace whispered again, trading me suction catheter for endotracheal tube, which had a deflated balloon at its tip. Grabbing the tube at midcurve, I aimed for the dusky gap between the two shiny white cords, held my breath, then slowly — they always say go slow, or you’ll bounce off tracheal cartilage into the esophagus — advanced to the opening and tried to jimmy the tube in. The deflated balloon around the tip snagged on the right cord.

“Jesus,” I hissed. A gentle turn freed it. With a subtle give, the tube slipped through and home.

The respiratory therapist pulled out my stylet, inflated the tip balloon through its small port at the top, attached an Ambu bag to the open mouth of the endotracheal tube and pushed in liters of oxygen. The carbon dioxide detector pulsed blue to yellow — the patient was breathing.

A grinning, iodine-splattered resident walked over.

The oxygen level flashed 70 percent, bounced to 75 percent, then surged to 98. But how was the brain?

“The meds are about to wear off,” Grace said. “Snow him with fentanyl and propofol?”

Red-hot needles under fingernails rank a distant second to waking up with a plastic tube down your windpipe. Fentanyl dampens pain; propofol sedates.

Grace and I manned the foot of the bed. Succinylcholine paralyzes up to about eight minutes. Our patient lay still. The ventilator purred. People bustled. Time was up. C’mon, move.

My chest contracted. A measure of anaerobic metabolism, the lactate level reflects how oxygen-deprived the body has been. Septic, hypotensive patients are very sick when lactates top 4.

“He was running on fumes,” Grace marveled.

It came all at once. The head began to rock, hands and feet twitched, then we had a bucking bronco. Instead of high-fiving Grace, I shouted, “Hold him! He’s going to pull the tube!”

A dozen hands pinned him down. Eyes wild, he strained to yank the plastic tube gagging him.

Once the stronger sedation hit, the surgeons took him to CT scan. It showed a badly fractured larynx. He would likely need surgery, and he faced possible complications, like tracheal narrowing.

But for now, brain and airway were secure.