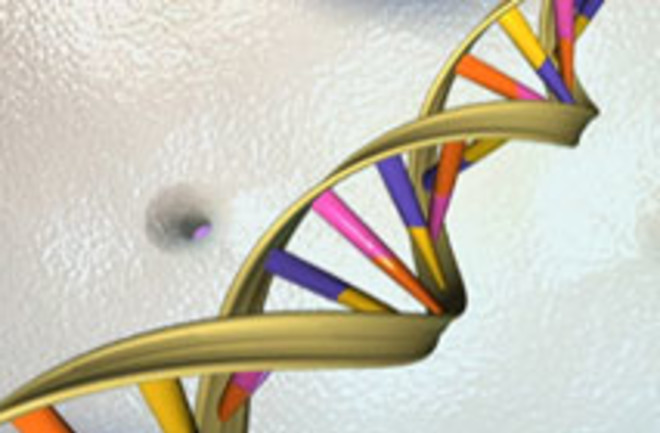 They were starting to look like the next big thing in biotech. Personal genetics testing companies have been popping up in the last few years, offering regular citizens the chance to pay about a thousand bucks to see their own genomes. The companies say this service can give people insight into their chances of developing inherited diseases and can cast light upon their ancestry, and consumers have begun to plunk down their money. But now there's a hitch. Regulators in California sent "cease and desist" letters to 13 companies last week, ordering them to stop offering testing to California residents until they can prove that they have the proper clinical laboratory license, and, more importantly, that each genetics test was ordered by a doctor.

The [Public Health Department] said it began investigating gene-testing companies after receiving complaints from consumers "about the accuracy and cost of genetic testing advertised on the Internet" [San Jose Mercury News].

New York regulators sent a similar notice to about 20 companies in April. The crackdown points to the medical profession's deep uncertainty about doling out genetic information directly to consumers. State and federal public health officials have urged consumers to be skeptical, pointing out that related research is in its earliest stages and doctors have little training in interpreting the results. The federal Food and Drug Administration does not evaluate the tests for accuracy, though a federal panel recently recommended stepped-up oversight to ensure their validity [AP].

The two states' actions are bound to cause a lively debate over whether or not consumers have the right to get information about their own DNA. The leading companies, Navigenics, 23andMe, and DeCODEme, say they're promoting the idea of open access.

Companies offering the tests have made a point of sidestepping doctors, insisting that consumers have a right to know the information coded in their genes. They also have said that the results they deliver are informational, not diagnostic.... Requiring a doctor's approval also seems overly paternalistic to many believers of the Web 2.0 ethos of free access to personal information [Portfolio].

On the other side, doctors and health officials say that their credo of "first, do no harm" means that they need to protect patients from drawing the wrong conclusions from vast amounts of poorly understood genetic data.

[M]any health care professionals worry that any amount of genetic information could be misinterpreted. What happens when a patient finds out they have a lower-than-average risk of heart failure that leads them to neglect regular checkups? [The Washington Post].

The companies and the state regulators appear to be headed for a showdown. Personal genomics companies don't appear to be stopping their work, and the health department doesn't appear to have changed its position. "We believe we're in compliance," said Mari Baker, CEO of Navigenics [Wired News].

The companies have 14 days to either prove they're in compliance or to stop testing. Image: National Human Genome Research Institute