Children’s innate immune responses might be behind their milder COVID-19 infections. But much less is known about how much kids are spreading SARS-CoV-2 to others. 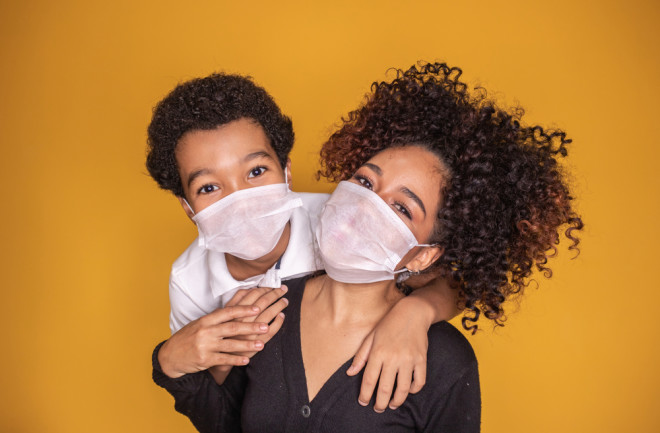 When it comes to infectious diseases, our bodies can only defend themselves if they’re able to discriminate between the “self” and the “nonself”. And we’re not talking about philosophy here — in immunology, the terms are used to differentiate our own cells versus foreign materials. That means to attack a virus like COVID-19, our immune system has to first recognize that the foreign invader is not one of our own cells.

But a baby growing inside a mother’s womb is also technically a foreign body, since it only shares 50 percent of its DNA with its mother. Sallie Permar, a viral immunologist at Duke University, says this is why the fetal immune system starts out mostly passive. The fetus must downplay its own immune responses to ensure the mother’s body doesn’t reject it.

Yet, once a baby is born, its immune system must rapidly respond to a world teeming with viruses and bacteria ready to infect their newest host. So how do babies’ and children’s developing immune systems differ from adults’? And can these biological differences explain why they seem to fare better against COVID-19 than adults, or how much they spread it to others?

Our immune systems are made up of innate responses, which we’re born with, and adaptive responses, which come from built-up exposure to past pathogens. As part of that innate response, babies are equipped with millions of newly-generated immune warriors called T cells. The cells each recognize a different pathogen and help build up our burgeoning immune system. But these numbers start to wane tremendously during childhood.

“By the time you’re a teenager or young adult, you really aren't pumping out that many new T cells anymore, and by the time you’re forty, you have hardly any,” says Donna Farber, an immunologist at Columbia University. “So, what [adults] are relying on is all of these memory responses that you generated during your childhood.”

Farber explains that the goal of the developing immune system is twofold. First, generate a robust innate response to all new infections. (This is especially crucial during our most vulnerable early years.) Second, create memories — in the form of memory cells — for all of the pathogens in your environment so you can be protected against them in the future. If your environment doesn’t change much throughout your life, Farber says, by adulthood, you should be perfectly adapted to remain healthy against most toxins.

But Farber also notes this trade-off between our innate and adaptive responses might be putting adults at a disadvantage with the novel coronavirus. Neither children nor adults had memory T cells for COVID-19 at the start of the pandemic, since no one had been exposed to the virus yet. But because adults also have fewer amounts of naive T cells, Farber says it takes a longer time for their innate immune system to respond. This gets even worse for older adults, as they aren’t able to efficiently clear the infection and continue to accrue damage, she adds.

For kids, Farber says COVID-19 may not be as big of a deal because humans are already exposed to the most infectious diseases during childhood, so it’s not that abnormal to face another one. Thus, their innate immune response is likely better prepared to mount a quick response.

Data from Farber’s lab also suggests that children might have stronger innate responses, not just as a result of having more naive T cells, but because of where those cells are located. In a 2019 study published in Nature Mucosal Immunology, they found that children have higher amounts of naive T cells within specific tissue sites, not just their blood — which could mean boosted immune responses in whichever tissue is targeted by a virus.

Permar notes several other hypotheses to explain why children generally fare better against COVID-19. For example, some studies have shown that children’s noses have lower levels of a receptor that the virus attaches to called ACE2. Plus, children may have partial protection to COVID-19 due to more frequent exposure with other human coronaviruses, compared to adults. But both of these hypotheses still need more research, she adds.

Children can still have a severe reaction to COVID-19, like the rare cases of multisystem inflammatory syndrome, or MIS-C, which can cause various body parts to become inflamed. But even then, Farber’s lab found that children's immune responses differ from severe cases in adults. Children showed decreased antibodies, the proteins that attack pathogens, compared to adults. Beyond that, Farber says the findings suggest the virus was not getting to their lungs. They’re still figuring out exactly why this is — and why some children develop such a severe response in the first place.

Taylor Heald-Sargent, a pediatric infectious disease specialist at the Ann & Robert H. Lurie Children's Hospital of Chicago and the study's lead author, notes that measuring viral RNA is not the same as detecting the amount of infectious virus someone harbors. So while the study doesn't prove that younger children spread the virus more, she says, the two measures have been correlated with each other.

Heald-Sargent, Farber and Permar all emphasize that larger studies are still needed to truly gauge the coronavirus's impact on children — and to monitor the duration and quality of their immune responses, particularly for those with milder symptoms outside of hospitals. But Permar also notes that, so far, we do know that children are less likely to be severely affected. Beyond that, data on transmission suggests younger kids aren’t spreading the virus as much as older children and adults.

Another factor we don’t know about yet, says Permar, is what the best age to vaccinate babies and children will be once one becomes available. She mentions the possibility that, similar to vaccines for other viruses, the youngest among us might actually be the ones to show the best responses that will provide lifelong protection. After all, this jives well with Farber’s explanation for how the developing immune system works: Survive, and then remember how to survive again.