Fevers, rashes, nausea and other less-visible symptoms point to the mysterious Multisystem Inflammatory Syndrome apparently related to the coronavirus. 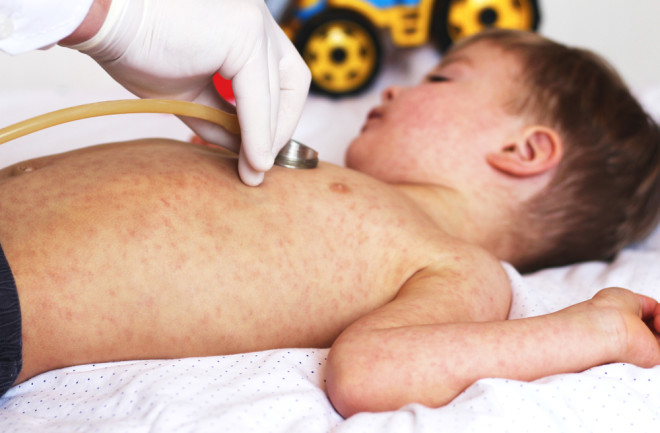 Children have started arriving at hospitals with a distinct set of symptoms during the pandemic.

The condition is rare — about 150 kids in New York City seem to have it, for example — and strange. Few patients test positive for COVID-19, and only some of them have trouble breathing, which has been a hallmark of those fighting a particularly bad COVID-19 infection. Instead, these young patients arrive feverish, rashy, nauseous and with a host of other less-visible symptoms that often resemble Kawasaki disease.

For the time being, physicians are calling this new condition Multisystem Inflammatory Syndrome in Children (MIS-C). But the name has changed several times. “I think that highlights the kind of rapidly evolving situation we’re in,” says Kevin Friedman, a pediatric cardiologist at Boston Children’s Hospital. “Nobody really knows what to call it.”

At least 200 U.S. cases have been reported, with more instances popping up across the country daily, according to multiple news outlets. Thus far, preliminary treatments have prevented death in most patients. But communication surrounding new cases, symptoms and remedies remains essential, says Gabe Owens, a pediatric cardiologist at the University of Michigan’s C.S. Mott Children’s Hospital. “The first thing in preparing for potential patients with this condition to come through our doors is really broadcasting awareness.”

Temporary or permanent, here’s what the name MIS-C tells us: “Multisystem” refers to the way this illness causes problems with several parts of the body at once. Rashes, nausea or diarrhea, or kidney struggles — all of which might appear in one of these patients — involve different sets of organs. The “inflammatory” refers to changes doctors see in patients’ bloodstreams. An engaged immune system ramps up how many of its agents move through our bodies, and higher levels of these proteins appear in children coping with this condition.

COVID-19 patients also cope with attacks to all kinds of organs, and it might be easy to assume that these symptoms are just how the virus makes itself known in younger patients. But the appearance of the syndrome lags behind peak adult COVID-19 cases by about three weeks, Friedman says. That’s why New York started to see these at the end of April and early May, while Friedman’s Boston hospital has seen numbers climb in recent days. Also, only some of these patients test positive for a current coronavirus infection, and many of the others test positive on antibody tests — swabs that in theory detect whether or not someone has been exposed to the coronavirus in the past.

These factors suggest to some doctors that the virus itself might not cause these symptoms. Instead, the condition might be the result of immune systems overreacting to the virus. But these are just possibilities — the case lag and varied coronavirus testing results make it challenging to point to how (or if) this condition relates to COVID-19. For now, it at least seems like the two are somehow related. “It does seem to be associated with COVID-19,” Owens says.

When physicians first saw patients arriving with these symptoms, many thought these cases resembled another inflammation-related illness called Kawasaki disease. Doctors have been aware of this syndrome for about 50 years, though it remains fairly mysterious. No one has yet pegged the exact reason a few thousand kids show up in U.S. hospitals each year with the swollen hands and feet, rashes and fever characteristic of the disease, Owens says. Many suspect that this adolescent syndrome appears as a reaction to an undiagnosed bacterial, viral or even fungal infection. How a child’s immune system responds to the pathogen may depend on underlying genetic factors.

It has become clear, however, that whatever is sending children to hospitals during the pandemic is distinct. For one, it affects older kids, Friedman says. Kawasaki affects children 8 or younger; kids with this new set of symptoms average 10 years old. Some of them are young teens. Also, this new syndrome causes serious heart complications sooner. “Depending on which study you look at, 20 to 50 percent are having a cardiac issue when they present at a few days of illness,” Friedman says. “In Kawasaki, it's much lower than that and it usually takes longer.” Some of these new patients end up with extremely low blood pressure, or heart muscle that isn’t functioning properly.

All of these cases exist on a spectrum. Some kids have mild symptoms. Others have conditions that look just like Kawasaki. And some need prompt intensive care, Friedman says. But recognizing from the get-go that this syndrome is unique from other possible diagnoses will help ensure that doctors take the right precautions. When a child arrives at the hospital and a range of tests indicate they have this whole new suite of symptoms, “that seems to be a tipoff for us to monitor these children closely,” Owens says.

Monitoring these patients pays off, as very few children reported to have this new syndrome in New York have died. Though the University of Michigan’s medical system has yet to see any definitive cases, Owens says his hospital is preparing for them. One way staff are doing that is by planning ahead of time exactly how they will evaluate potential patients and test various organ systems for problems, an essential step for a disease that can require input from experts from across the hospital. “Everything that we do can be optimized with the best communication.”

That theory applies to communicating with the public, too. Kids get sick all the time with fevers and colds, Owens says. But when parents start seeing symptoms that are out of the norm — like persistent high fevers, abdominal pain, rashes and red eyes — they should go see a medical professional. Time is of the essence, since the condition of children with this syndrome can decline fairly quickly. “We’d rather err on the side of caution,” Owens says, while emphasizing that the syndrome is rare.

Currently, researchers are organizing projects to analyze the DNA of patients with these symptoms to pinpoint why they got so sick, Friedman says. The research could also illuminate the elusive trigger behind Kawasaki disease.

In the meantime, those gearing up to care for these new patients rely in part on other health care workers who have seen cases. “We can read stuff in a textbook or read stuff about what may happen,” Owens says. “But these are providers that have seen these patients, and we are in their debt for them sharing their experience.”