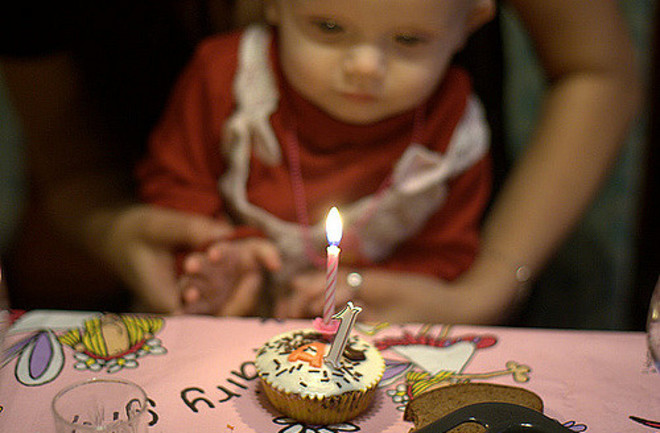 Photo: flickr/OlgaIf you have been around young kids, you have likely heard some of their interesting--and surprising-- interpretations of everyday events, often arrived at because no one ever thought to explain things otherwise. Here's a prime example: according to this study, young kids (age 3-5) in America apparently think that birthday parties actually *cause* you to get older. If only this were actually true - then I would just keep having my 25th birthday party forever!Now I’m 3: Young Children’s Concepts of Age, Aging, and Birthdays "In two studies, we examined 99 3- to 5-year-old American children’s concepts of age, aging, and birthdays. Previous research has shown that preschool-age children understand that all living beings grow, and that growth is a biological process. Humans, however, are distinct from other living things in that we attach great significance to the aging process. Specifically, in Western cultures, we have an annual ritual to celebrate the day we were born—the birthday party. Thus, although the biological mechanism of aging is continuous and invisible, it is marked by discrete yearly celebrations. We examine the proposal that, in part due to its salience as a cultural ritual, children interpret the birthday party as playing a causal role in the aging process. Results indicate that young children understand certain important biological aspects of the aging process but exhibit confusion regarding others, including the causal role of the annual birthday party." Related content: Here’s how much bacteria you spew on the cake while blowing out birthday candles.Another perk of aging: you’ll be less tired.Which bedtime stories teach kids to be more honest? (Hint: it’s not Pinnochio)