Cells Battle to the Death in the Developing Embryo

Survival of the fittest appears to govern the earliest days of an embryo's development. 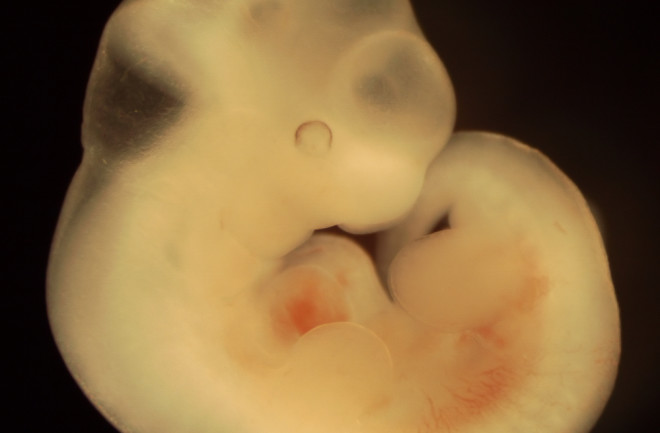 Charles Darwin established the idea of competition between organisms to ensure the survival of the fittest. In July, researchers in Spain reported the same competition happening within an organism. During the early days of a mouse embryo’s development, cells with higher levels of a protein called Myc outdo cells expressing lower amounts of Myc. All the cells are healthy, emphasizes first author Cristina Clavería of the Centro Nacional de Investigaciones Cardiovasculares in Madrid. But after the cells come in contact, the “losers” die, donating their biochemical innards to their presumably fitter counterparts. “There’s communication between winners and losers, but which way the signal goes, we’re not sure,” she says. The contest ends after a week; at that time, Clavería predicts, surviving cells produce uniform (and higher) levels of Myc.

Myc is an important player in the growth of organisms and also is implicated in cancer, another unhealthy competition between cells. Perhaps, Clavería says, cell expansion driven by Myc sets the stage for a tumor.

[This article originally appeared in print as "Cell Battle to the Death."]