This past spring, a street dog and her puppy were captured in Cairo, Egypt. Her vaccination certificates were forged, and she was shipped to the United States by an animal rescue organization in a shipment that included seven other dogs and 27 cats. Days later, followingher placement in a Virginian foster home housing several other dogs, this rescue developed the frank signs and symptoms of rabies, and she was quickly euthanized.

Though there are several strains of rabies virus worldwide, the United States has been free from the canine strain of rabies associated with direct dog-to-dog transmission since 2007. In 1944, there were approximately 9,000 rabid dogs in the United States; by 2009, this number had declined to just 79 due to the widespread implementation of the rabies vaccine and successful efforts to control stray dogs (1). 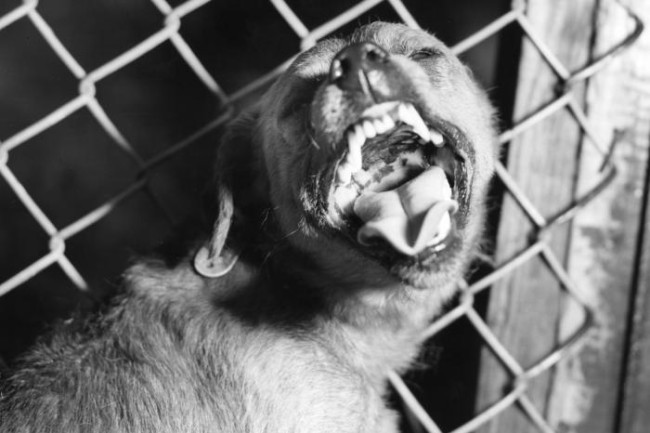 Canine rabies, however, remains stubbornly endemic in dogs throughout much of the world, including Latin America, sub-Saharan Africa, and parts of South and East Asia. In these regions, the disease is a significant public health burden - the majority of the annual 55,000 human deaths caused by the fatal brain infection can be attributed to the bite of an infected dog

. It is also an entirely preventable disease, with preventative vaccines available for dogs and post-bite or “post-exposure” prophylaxis (PEP) for humans. Both immunizations, however, can be prohibitively expensive in developing nations, which accounts for much of the prevalence and mortality of rabies abroad.

Every state in America requires that dogs be vaccinated against rabies. There are also federal regulations which stipulate that dogs imported from regions where rabies is endemic must be vaccinated. For each dog imported into the States, customs and border officials require valid certificates that document, amongst many other details, the date of the rabies vaccination and its expiration, the vaccine product information, and the name, license number, address, and signature of the veterinarian who administered the vaccination.

In the case of our rabid Virginian-Egyptian street dog, the certificate documenting this information was deliberately falsified for reasons that are unclear (2). On May 30^th of this year, the shipment of thirty-odd animals was airlifted from Cairo to the John F. Kennedy International Airport in New York City and subsequently distributed to various animal rescue groups based in the northeastern states.

The dog, diagnosed with an unhealed fractured leg, was forwarded onto a foster home, already housing eight other dogs, in the state of Virginia. Four days after her arrival, she began salivating copiously and developed paralysis. She was brought to the vet the following day, where an astute veterinarian suspected rabies and euthanized the animal. Her ten-week old puppy, the only other Egyptian import with the highest risk of rabies exposure, was fostered in a separate home in Virginia, promptly vaccinated, and placed in strict isolation without direct human contact for a quarantine period of three months.

The rabies diagnosis sparked an international investigation to identify possible exposures, both human and otherwise, to rabies.The investigation involved multiple state, federal, and international agencies, including several state Departments of Health, U.S. Customs and Border Protection, the Egyptian Ministry of Health and Population, and the U.S. Department of Agriculture’s Animal and Plant Health Inspection Service. In Virginia alone, thirty people were evaluated for possible exposure to rabies and eighteen received post-exposure prophylaxis. The other six dogs in the Egyptian shipment received rabies booster shots and were forcibly confined to their homes for three to six months.

This isn’t the first time than an international animal rescue organization has unintentionally imported a rabid dog. In 2008, an organization committed to reuniting American military personnel with their adopted Iraqi pets imported 24 dogs and two cats, distributing them to their owners throughout 16 states (3). Amongst that shipment was an 11-month old mixed-breed dog sent to New Jersey that, shortly after arrival, developed a fever with diarrhea, difficulty walking, and episodes of agitation. It was euthanized six days after arrival and public health officials recommended six months quarantine for the remaining Iraqi pets and urged 13 people to seek PEP. 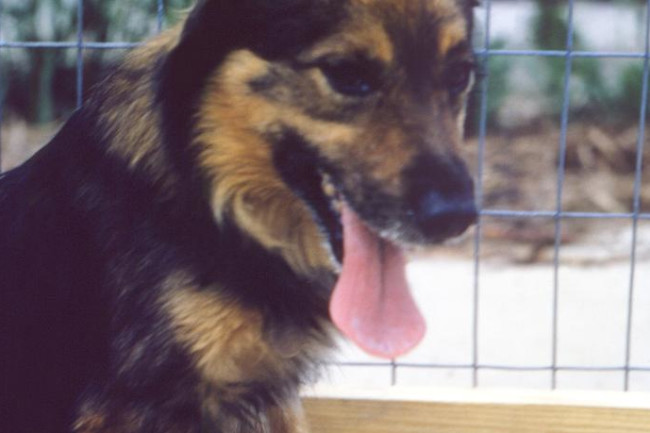 From the CDC archives, a sweet-looking shepherd mix diagnosed with rabies. Many animals can appear clinically normal, though highly infectious. Image: CDC.

The eradication of canine rabies in the United States has been a hard-won victory, and maintaining this disease-free status among our domesticated animals is important for the public health of both humans and domesticated pets. The rabies virus poses a particularly unique risk due to its long incubation period - ranging from four to eight weeks - and its devastating clinical course in humans and animals that are unvaccinated (4).

Even animals that have previously been vaccinated can be bitten by a rabid animal and become infected.

These animals may be imported into the USA during the incubation stage of infection, a period where they will appear totally, clinically normal. For these reasons the National Association of State Public Health Veterinarians has requested that the CDC prohibit the trafficking of domestic pets from regions where rabies is endemic.

Until such draconian restrictions are implemented, it is the firm moral obligation of such animal-rescue organizations that seek to improve the wellbeing of animals abroad to go above and beyond what is required in order to guarantee the health and rabies-free status of these animals prior to their introduction into the United States. When an organization fails to perform due diligence, as did the group that attempted to rescue a rabid Egyptian streetdog, the greater mission of all such groups is put in serious jeopardy along the general public health of our nation.

Over 287,000 dogs were imported into the USA in 2006 and an estimated 70,600 or 25% of them were unvaccinated (4). It’s not only the importation of canine rabies that poses a risk but other zoonotic diseases caused by parasites and protozoa foreign to American soil. The risk of imported rabies may be tiny - a 2008 report estimated that the disease occurs in less than 2 per million imported dogs - but it still presents an unacceptable and preventable threat to public health.

From the Body Horrors Archives

The Bestial Virus: The Infectious Origins of Werewolves, Zombies & Vampires

One Parasite's Rise Amidst the Soviet Union's Decline

Read the CDC's report and investigation on this Egyptian rabies import.

The WHO's fact-sheet on rabies is a great resource.

A list of countries where rabies has been eradicated.