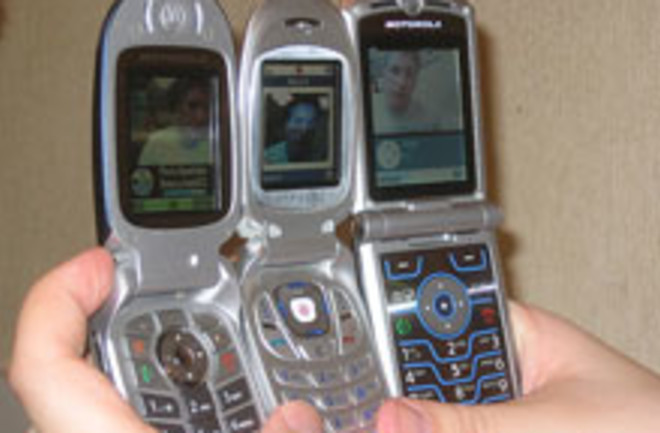 The director of a cancer research center in Pittsburgh issued a surprising warning to his staff yesterday, advising them to avoid using cell phones as much as possible, because of the possible risk of brain cancer. The memo was promptly leaked to the media, igniting a firestorm of debate over whether the ubiquitous devices are dangerous. The claim from the Pittsburgh researcher, Ronald Herberman, was particularly unexpected because numerous academic studies have found no connection between cell phone use and the risk of brain tumors. But Herberman says he's

basing his alarm on early unpublished data. He says it takes too long to get answers from science and he believes people should take action now — especially when it comes to children. "Really at the heart of my concern is that we shouldn't wait for a definitive study to come out, but err on the side of being safe rather than sorry later," Herberman said [AP].

The focus of debate is the small amount of electromagnetic radiation that cell phones emit.

Some researchers argue that chronic exposure to this radiation may raise cancer risk, perhaps by heating brain tissue or damaging DNA. Many researchers worry about children's exposure, because their skulls are thinner and their brains are still developing [Baltimore Sun].

But so far, large-scale studies have found no evidence to support this theory. An

Still, people who wish to err on the side of caution can follow simple steps to minimize their exposure to cell phones' electromagnetic radiation, like using a wireless headset and making longer phone calls from a landline.

More From Discover
Health
Why Bacteria are the New Disease Fighters
Health
This Senolytic Antibody Drug Could Combat Aging, and the Diseases It Brings
Health
Natural Wine and the Debate Over 'Healthy' Alcohol
The Sciences
Why Human Foreskin Is a Hot Commodity in Science
Health
Could This Millennia-Old Remedy Become a Pharmaceutical Marvel?
Health
Menthol Cigarettes Are Getting Banned — Here's Why
Recommendations From Our Store
My Science ShopDiscover STEM Kits
My Science ShopDiscover 2022 Calendar
My Science ShopStrange Science
My Science ShopElements Flashcards
Shop Now
Stay Curious
Join
Our List