Can You Bail Me Out? I Was Arrested for “Inciting Thinness” 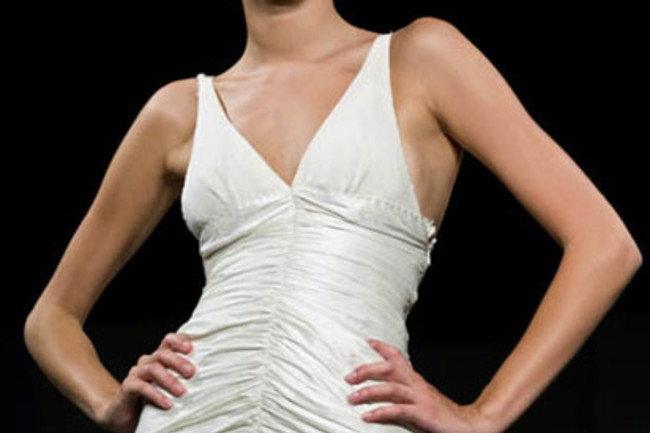 The AP reports that the lower house of the French parliament has passed a bill that would criminalize the "public inciting of extreme thinness." This controversial (and totally unprecedented) law is aimed straight at the fashion industry—designers, magazines, and advertisers in particular—which has long genuflected before the image of über-skinny models as a beauty ideal. The bill has won approval from the French National Assembly and will be voted on by the Senate in the next few weeks. Violations could carry a $50,000 fine and up to a walloping two years in prison. Since the 2006 death of Ana Carolina Reston, a 5'8" model who struggled with eating disorders and eventually died of general infection after dropping to 88 pounds, the industry has been taking notice, and occasionally even action, to combat the widespread anorexia that dominates modeling. In 2007, Spain banned models with a body mass index of lower than 18 (equivalent to a minimum weight of 123 pounds for a height of 5'7") from appearing on the catwalk. Italian models, meanwhile, must now present health certificates to certify that they do not have eating disorders. Fashion bigwigs have made public statements condemning extreme thinness (though, of course, the models they employ often continue to be as emaciated as ever). While the bill certainly shows France's commitment to battling the problem, outlawing employers' behavior may not be the answer. For starters, the language of "inciting thinness" is glaringly vague—plus it's always tricky when a government attempts to legislate cultural norms. Still, when photos like this are making the media rounds after Fashion Week, it's not hard to agree that something drastic needs to be done.