Scientists know these factors can take a toll on your immune system. In turn, they may weaken your ability to fight off the novel coronavirus. 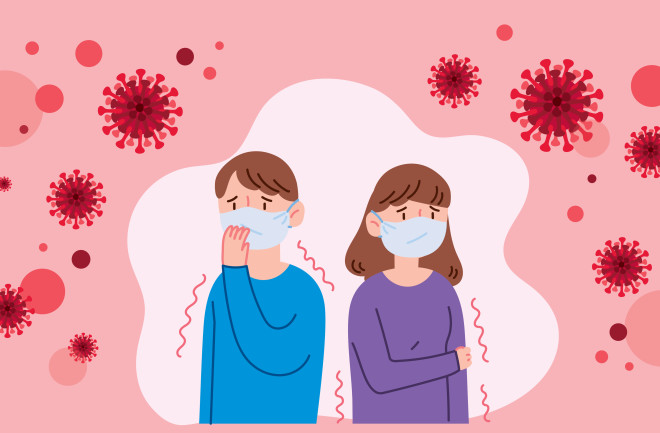 Everyone reacts differently in times of crisis. For many people, the COVID-19 pandemic has caused stress levels to spike. Some may have difficulty sleeping. And many of us are struggling with feelings of isolation and loneliness as the necessity of social distancing keeps us physically apart.

And, paradoxically, some research suggests that these factors — stress, loneliness and lack of sleep — can all weaken your immune system, making you more vulnerable to diseases such as COVID-19.

“Stress impacts the immune system in a way that impacts a variety of different diseases,” says Christopher Fagundes, a psychological scientist at Rice University who studies the link between mental and immune health. “It’s common for people to think about susceptibility to colds and viruses, and stress not only does that, but it also impacts our inflammatory system.” When people are chronically stressed, he continues, the inflammatory system becomes over-activated, which in turn can trigger disease.

While Fagundes says much of this prior research revolves around different cold and upper respiratory viruses, he believes those consequences would be no different for COVID-19.

“Obviously, you have to extrapolate when you’re talking about a novel virus,” he notes. “But there’s no reason to think that it would work any differently.”

But when people are chronically stressed for weeks at a time — with causes ranging from high-pressure jobs to the death of a loved one — the receptors that recognize cortisol as anti-inflammatory become desensitized.

“You just have this chronic over-activation of the system with nothing to turn it off,” Fagundes says. In other words, as the body gets used to the presence of cortisol, it opens the floodgates for more inflammation, not less. These high levels of inflammation are caused by an overburdened immune system that can’t properly defend against diseases.

Research shows that periods of prolonged stress, and the chronic inflammation that follows, can catalyze a cascade of disease-causing effects. Chronic stress has been linked to heart disease, diabetes, and cancer. And in the context of respiratory illnesses like COVID-19, says Fagundes, the consequences can be deadly.

“When you have this over-activation of the inflammatory response in the lungs [during respiratory infections], it turns into pneumonia for some people” he says.

We all need someone to lean on. And scientists have found that when people are lonely, isolated or simply perceive that they have less support from others, they’ll experience higher levels of chronic, physiological stress than their more plugged-in peers.

“If you think about it, to them, the world is a more dangerous place,” says Fagundes. “They don’t have people that they can count on.”

Beyond that, when these individuals are grappling with a difficult life event, not only do they have to contend with a baseline level of chronic stress, no one is there to support them when they need it most. “Or, at least, they don’t think that there is,” Fagundes adds.

Time and again, research has shown that loneliness, and a lack of social support, is associated with a variety of different diseases. We understood this connection as far back as 1988, when scientists found that isolation was as great a risk factor for morbidity and mortality as smoking, obesity and high blood pressure. When it comes to colds and viruses, Fagundes points to research that suggests extroverted individuals are less susceptible to colds, not more, despite their proximity to their potentially germ-ridden friends.

But why do loneliness, and social interactions in general, have such a profound impact on us? “It’s probably because of how we evolved,” says Fagundes. “Being in the group was a good thing, while we’re not going to survive very well when we’re ostracized by a group of hunter-gatherers.”

This body of research makes our current pandemic even more confounding, as lockdowns and social distancing measures keep us, at minimum, 6 feet apart. Yet Fagundes says there are still strategies for battling loneliness and isolation in the time of the novel coronavirus.

“We’re trying to recommend staying in touch with friends and family members as much as possible,” he says. “If you’re a boss, do things like morning Zoom meetings where everyone’s checking in on each other. Anything that you can do to virtually facilitate that social support, the better.”

Another tactic Fagundes mentions is one usually recommended to couples in long-distance relationships. “You just have Skype on at night, even if you’re not actively talking to each other,” he says. “There’s this notion that they’re [physically] ‘there.’ Just like if you were at home with your partner.”

Along with stress and loneliness, sleep deprivation is another factor that can negatively impact immune health.

“We know that stress, of course, disrupts sleep,” says Fagundes. “[But] we do know that sleep, independently [of stress], does predict your susceptibility to colds.” A lack of sleep, continues Fagundes, impacts our bodies the same way as psychological stressors. “The physiology is very, very similar,” he says. “Your immune system is compromised, and at the same time you’re getting this inflammatory buildup.”

In short, even with the clear feedback loop between stress and poor sleep, previous research has shown that they can still weaken the immune system as individual factors. A 2016 study in JAMA Internal Medicine found that getting insufficient sleep, as well as having a sleep disorder or simply tossing and turning too much, was associated with a greater likelihood of getting a cold or respiratory infection.

But what else can people can do to manage their stress, loneliness and sleep habits — and potentially protect the body against an infection — during the COVID-19 outbreak?

Fagundes says that there are a handful of science-backed strategies for limiting these harmful health effects. One of these is to set a schedule or routine and stick to it, even if you’re working from home.

“That will prevent you from taking naps during the day, which then completely disrupts your sleep,” he says. “It [also] keeps you from going down the spiral of negative thoughts and ruminations. [And] it makes you feel accomplished.”

Beyond that, Fagundes also recommends getting out and doing a bit of exercise — as long as you’re not exposing yourself to other people or breaking any lockdown rules.

“We have a paradox, of course, because people can’t do things in the same way [right now],” he adds. “But we know that exercise and doing things helps people fall asleep at the end of the day.”