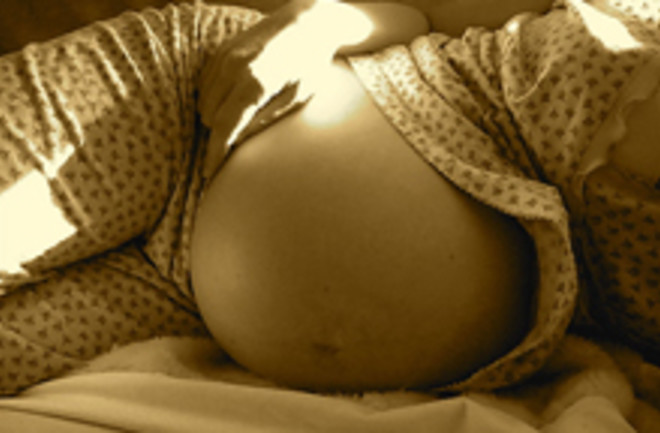 You are what you eat, and perhaps in some ways, what your mother ate. Back in 2003, Cheryl Rosenfeld's team found that the diet they fed to pregnant mice caused a "striking variation" in the sex ratios of the offspring: High fat favored males, low fat favored females. Now Rosenfeld has a new study in the Proceedings of the National Academy of Sciences that says the mother's diet can also affect the very way genes are expressed in the placenta. To figure this out, Rosenfeld's team studied the placentas attached to fetal mice 12 and a half days after conception, when the mice were midway through gestation but had yet to produce sex hormones like estrogen or testosterone (those can also alter gene expression, which would have confounded the study). They found that gene activity in the placentas differed significantly depending on whether the mom was fed a high- or low-fat diet. The biggest differences were found when comparing the high- and low-fat placentas linked to female fetal mice,

. Specifically, of the 700 genes that they saw behave differently between the sexes, 651 were expressed more in females than males. In all, their study saw changes in the expression of nearly 2,000 genes. The team can't say for sure why diet affects either sex ratio or gene expression. Indeed, the analysis turned up changes in genes that affect things like kidney function and smell, which the scientists were not expecting to see. Whatever the reason these changes happen, they say, diet during pregnancy could have long-term health effects on children.

Sons and daughters are also at different risk for conditions such as obesity or diabetes later in life, apparently related to either the mother’s diet or body condition while pregnant [The Times]

. Biologist Jared Friedman, who didn't work on the current study, says this will be an interesting area for future studies, but he's not totally sold on the conclusion of Rosenfeld's team yet.

Males, he says, seem to lag behind females in all stages of development. Maybe those olfactory genes become more active in the male placenta as the pregnancy continues, he says. "Instead of 12.5 days, go to 19.5 and see if the differences are magnified or if the males catch up" [ScienceNOW]