The billionaire's foundation has been criticized for being insider-ish and attention-grabbing, but the organization has recently had some big successes. 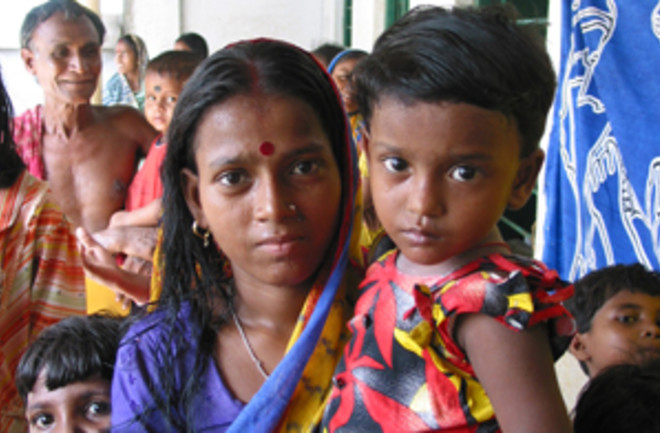 In 2000, when physician Julie Jacobson visited Kurnool in southern India, hospital wards were overflowing with children. The culprit: Japanese encephalitis, a mosquito-borne virus that causes paralysis, seizures, and death. The disease has killed more than 3 million children worldwide over the last 60 years. “I couldn’t believe what I saw,” Jacobson says, “kids in comas, seizing, two or three per bed.”

Jacobson now manages projects that prevent neglected tropical diseases like Japanese encephalitis at the Bill & Melinda Gates Foundation, which in 2003 donated more than $35 million to the Program for Appropriate Technology in Health (PATH) to fight the virus. A price of $13.50 for a three-dose regimen put conventional vaccines out of reach for many patients. PATH found a Chinese company that had created a single-dose vaccine and worked with the firm to reduce the cost to about 25 cents. By this year 61 million children had been vaccinated in India alone; an additional 3 million were immunized in other affected countries. “That’s real progress for a disease that didn’t have a name 10 years ago,” Jacobson says.

Of course, solving the world’s problems is no easy task, and the Gates Foundation’s efforts have drawn plenty of criticism. Last May researchers at University College London reported that the foundation’s grant-making seemed to be largely based on “personal networks and relationships” rather than transparent peer review. In 2007 a series in the Los Angeles Times charged that Gates focused too heavily on high-profile crises like AIDS and malaria, shortchanging basic needs like nutrition. And this past summer, a survey commissioned in 2009 by Jeff Raikes, the Gates Foundation’s CEO, revealed that many grant recipients felt the foundation’s goals were unclear and that it was frequently unresponsive.

The criticisms highlight a question that has dogged the Gates Foundation from the start: Can privately funded institutions enable innovative work that government bureaucracies cannot do, or does their zeal to fix everything create shortsighted agendas that may miss the most pressing health problems? Recent case studies offer some insights.

One bright spot is the Elizabeth Glaser Pediatric AIDS Foundation’s Call to Action Project, which received $15 million for prevention of mother-to-child transmission of HIV. Without intervention, 25 percent of children born to infected mothers contract HIV; with treatment, transmission plummets to 3 percent. As of last June, the project had established 2,600 prevention centers in 14 countries (including South Africa, Russia, and Cameroon) that tested more than 4 million pregnant women for HIV, with 332,000 infected mothers receiving medication to protect their babies.

Tuberculosis is another target that is responding to focused efforts. Until recently Nigeria had no funding for comprehensive testing or treatment for multi-drug-resistant TB (MDR-TB) strains, even though perhaps a thousand new cases emerge there each year. But over the last three years, the International Association of National Public Health Institutes applied about $160,000 from the Gates Foundation to the surveillance and diagnosis of TB in Nigeria. Working with those funds, Oni Idigbe, director of research at the Nigerian Institute of Medical Research, upgraded his lab to handle more TB tests, reduced processing time from months to just a day or two, and initiated Nigeria’s first national survey of the disease. “Nigeria—Africa’s most populous country—had no prevalence data,” says James Hughes of Emory University, the association’s senior adviser for infectious diseases. “The survey is vitally important to guide distribution of resistant-TB drugs,” he says. This year, that documentation prompted the World Health Organization to send Nigeria’s first shipment of approved, reduced-cost drugs for treatment of MDR-TB.

In total, the Seattle-based Gates Foundation has given $13 billion in global health grants since 1994. Making sure the money has its intended impact requires careful measurement and evaluation, however. “Without data about what’s working and what’s not, funders are flying blind. They need to demand data and invest in the development of data collection,” says Phil Buchanan, president of the nonprofit Center for Effective Philanthropy, which conducted the Gates grantee survey.

For help evaluating one of its programs—a $338 million HIV prevention initiative in India called Avahan—the Gates Foundation turned to the Institute for Health Metrics and Evaluation at the University of Washington. The monitoring system in such programs is often an afterthought, institute director Christopher Murray says. In the case of Avahan, he was asked to analyze the program five years after its inception. “This is very difficult,” he says. “It’s the messy reality of a large country and a complicated program.”

Japanese Encephalitis A viral brain disease that strikes more than 30,000 people each year. About 30 percent of sufferers die.

MDR-TB Multi-drug-resistant tuberculosis, defined as strains that resist at least two of the most effective anti-tubercular drugs.

Avahan A Gates HIV prevention initiative in India that provides

information and condoms to high-risk groups such as sex workers.