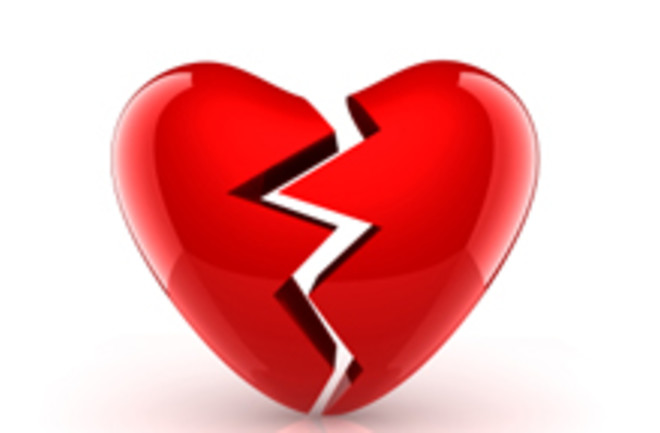 Emotions might come from the brain, but they often hit us in the heart. That’s particularly true for grief, especially the shattering, life-altering kind; the tsunami of anguish that follows a loved ones’ death can feel like a physical force inhabiting our chests.

In some cases, a broken heart can even transcend metaphor, as with the rarely-seen Takotsubo Syndrome, also known as Broken Heart Syndrome. Sudden onslaughts of intense emotion can in some cases rapidly weaken the heart’s muscle cells, allowing the left ventricle to balloon outwards. The distended organ looks uncannily similar to a Japanese takotsubo octopus trap, hence the name.

The condition is rarely fatal, though it can lead to heart failure, and usually resolves itself within a few weeks. Stressful situations are most often the trigger, though not always. It’s most common in older women, something thought to be due to lowered estrogen levels after menopause. While the sudden rush of adrenaline following a shocking or stressful event has been proposed as a trigger, the causes are still little understood.

Researchers from Switzerland and the UK writing in the European Heart Journal have now proposed a new explanation for why our hearts can literally break under stress. Though it ends in the heart, they say, the condition seems to begin in the brain.

From Brain to Heart

Using functional magnetic resonance imaging (fMRI), the researchers measured brain activity in 15 people that had experienced Takotsubo Syndrome (TTS) and compared them to 39 healthy control subjects. They found noticeable differences in how the brains of TTS patients looked when they were at rest, that is, when the patients weren’t doing or thinking of anything in particular. The differences seemed localized to a few brain regions that control our autonomic nervous system, including the amygdala, hippocampus and cingulate gyrus.

The autonomic nervous system includes both sympathetic and parasympathetic nervous systems, and it might be best thought of as the unconscious brain. These two systems have control over our organs, and they keep crucial bodily functions like digestion and circulation running smoothly, in addition to regulating things like the fight or flight response. The researchers saw that patients who had experienced TTS at some point had lower neural connectivity in these systems, and that translated to altered brain activity.

The autonomic connection makes sense, because our hearts are under its jurisdiction. But why do moments of overwhelming emotion lead to a heart that can no longer maintain its structure? The answer lies in the fact that no one region in our brain is really responsible for just one thing. The amygdala, hippocampus and other parts of the brain that regulate our inner machinery are also involved with emotional processing. The same regions that control things like our heartbeat have also been implicated in depression, for example.

Those dual functions, say the researchers, are likely why emotional stresses in the brain can bleed over to the physical workings of our bodies. They pinpoint the amygdala in particular as a brain region that straddles the divide between emotional processing and biological function. Activity in that region has been linked to cardiovascular disease, they say, and other parts of the limbic system it’s part of have been linked to depression.

The authors even take it a step farther, suggesting that degraded brain connectivity might cause some people to take a more pessimistic view of their situation than others might, ratcheting up stress levels during a painful event. Though why the physical swelling of heart tissue occurs is unknown, it’s an explanation for why the condition occurs so rarely — most people’s brain’s just don’t function in a way that would lead to TTS.

They do caution that they weren’t able to look at any patients who currently had TTS, just those who had experienced it in the past, so anything they observed could have arisen in the intervening months or years, though it is unlikely. The researchers also only included women in their study, as the condition is far rarer in men. Broken Heart Syndrome could look different in males, they say.

The findings don’t offer any new insights into treating broken hearts, unfortunately. The prescription for Takotsubo Syndrome is ultimately as simple and unsatisfying as the advice given to those left reeling by tragic events. Time is the only cure.