The boy’s skin took on a sickly hue, and the whites of his eyes were anything but. A common condition in newborns spelled trouble in an older child. 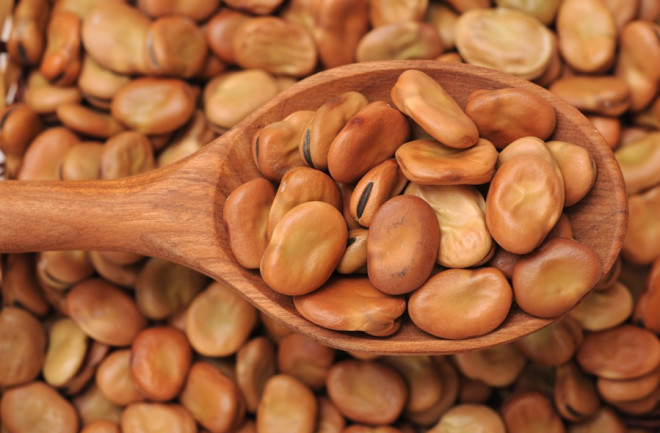 Bright yellow. That was the first thing I saw as I opened the door to the room of my 1-year-old patient, Reza. He sat on his father’s lap across from me. Dark brown hair fell across his forehead, and the whites of his eyes glowed with the brilliant yellow of a highlighter marker. His skin’s dark complexion was also tinted a dull yellow, producing the sallow cast of dead grass. Reza’s father bounced him daintily on his knee to help keep him calm.

Physicians call yellowing of the eyes and skin jaundice, a term from the French jaune, meaning “yellow.” During my pediatrics training, I saw innumerable cases, almost all of them in newborns. But Reza was no newborn, and seeing that familiar yellow on a much older child told me something unusual was going on.

“When did he turn yellow?” I asked his parents, pulling up a stool. His mother stood off to the side, a brightly colored headscarf framing a look of concern on her face. The boy’s father turned to her as he translated my question into Farsi, and then translated her answer back into heavily accented English: “Yesterday.”

“Has this ever happened to him before?” I asked.

“After he was born, he was yellow for a few days,” his father answered. “But it went away. No problems.” Neonatal jaundice is extremely common in healthy newborns, so that specific detail of his medical history might or might not have anything to do with the current problem.

Reza’s father increased the amplitude of knee-bouncing to match the young infant’s rising distress, with little effect. His wife handed him a bottle of milk, and he began feeding the boy. Reza voraciously sucked from the bottle and calmed down immediately — a reassuring sign. The ability to drink and stay hydrated is as important a vital sign in sick children as heart rate and blood pressure.

I thought through the biology of jaundice that I learned in medical school. The yellow color of his eyes and skin was produced by the buildup of bilirubin, a waste product formed from the breakdown of hemoglobin in red blood cells.

The boy’s problem could be due to a fault in any part of his body’s hemoglobin disposal process. It was possible that his red blood cells were being destroyed, a condition called hemolysis that results in high levels of bilirubin in the bloodstream, leading to jaundice. Or the problem could be in the liver, which takes up bilirubin from the bloodstream and metabolizes it. Perhaps his liver was malfunctioning because of inflammation, as in hepatitis, or liver failure, as seen in patients with cirrhosis. On the other hand, there could be a blockage in the boy’s bile ducts, through which the liver excretes bilirubin into the gastrointestinal tract, where it produces the familiar brown color of stool. A blockage there would cause bilirubin to back up and spill into the bloodstream.

I began examining the boy, placing my stethoscope on his chest. My face rested mere inches from his bright yellow eyes, which seemed to give off a light of their own. I counted an extremely rapid heartbeat, perhaps a sign of some life-threatening process inside of him or just a manifestation of his fear of a physician inside his comfort zone. After finding clear breath sounds in his lungs, I moved on to his abdomen.

If the problem was with his liver or bile ducts, I would expect to find an enlarged liver or, at the very least, some discomfort in that area. I reached my hand deeply into the upper-right side of his abdomen, feeling for the liver’s edge poking out from behind his rib cage. I couldn’t feel it, suggesting that his liver wasn’t enlarged. He showed no sign of discomfort as I pushed, so it was likely the liver wasn’t inflamed and his bile ducts weren’t blocked.

Knowing that certain types of jaundice are associated with dark-colored urine, I asked his parents if they had seen any unusual colors in his wet diapers since he turned yellow. Once the father translated my question, the boy’s mother, eyes wide with recognition, looked around the room before rushing over to an electrical outlet that had caught her eye. Exclaiming in Farsi, she pointed to a small, dark-orange piece of plastic that covered part of the outlet.

Her husband translated: “Yesterday, he had this color in his diaper!”

Although orange urine can appear with liver and biliary disease, my physical exam pointed away from the liver. That orange color was most likely hemoglobin from destroyed red blood cells leaking through the kidney’s filter into the urine.

I reached toward Reza’s glowing yellow eyes and pulled down his lower eyelids. They were shockingly pale. Normally red with tiny blood vessels, the linings of his eyelids were the lightest shade of pink, practically bordering on white, with a yellow tint.

I took a step back and looked again at the boy’s face. I’d been distracted by the yellow color of his skin. Looking closer, I saw that his lips were also extremely pale. I figured that his pallor must be due to severe anemia, the term for a low number of red blood cells in the bloodstream. Since hemolysis leads to anemia, this told me that destruction of red blood cells was likely the cause of his jaundice. Anemia would also explain his rapid heartbeat, since the heart speeds up to compensate for low levels of hemoglobin in the blood.

He urgently needed a blood transfusion and further work-up under the care of a pediatric hematologist. While I continued questioning the parents to elicit more information, I asked the nurse to call an ambulance, insert an IV and draw a sample of blood to measure his hemoglobin level and determine his blood type. Although blood could be drawn at the hospital, the sooner we measured the severity of his anemia, the sooner he could get a transfusion once he arrived in the ER.

Thinking about what could have triggered his condition, I considered what is probably the No. 1 cause of hemolysis in the world: malaria, the parasitic infection transmitted through mosquito bites. Given his Iranian ethnicity, I wondered if he had recently traveled with his parents to that region, where malaria is more common. His parents were emphatic that he hadn’t left the country since birth.

The nurse’s needle found its vein, and the boy howled. I asked Reza’s parents about any conditions that run in the family. Certain red blood cell abnormalities that make the cells more fragile and prone to hemolysis can be passed down through genetics. With a sequence of quick questions, I plied the parents from multiple angles to get at the information: Had anyone in either family ever turned yellow? Does anyone in either family have a red blood cell problem? Had anyone in the family had their spleen removed? They answered “no” to all the questions.

The ambulance crew arrived. As the boy was wheeled out, I asked the parents one last question: Had their son eaten any new foods in the past few days? “Fava beans,” his father said. “He ate them for the first time two days ago.”

A lightbulb went on in my head. Reza likely had a condition called favism. He was whisked into the ambulance before I could give the matter another thought. A few minutes later, the results from his blood tests began appearing in his computerized medical chart. His hemoglobin was extremely low at 4, only one-third the normal amount of red blood cells.

Once he arrived in the ER, Reza received a transfusion and his condition stabilized. Further testing confirmed the diagnosis of favism, or glucose-6-phosphate dehydrogenase (G6PD) deficiency. This deficiency causes red blood cells to be more easily destroyed by oxidative stresses, such as those caused by specific alkaloids in fava beans. It is a genetic condition found in people of Mediterranean and Middle Eastern descent, but Reza had the dubious luck to be the first one diagnosed in his family.

Once Reza was ready for discharge from the hospital a few days later, his parents received education on the condition, instructions to seek medical attention if he became jaundiced again, and recommendations to avoid certain medications and foods. Especially fava beans.

[This article originally appeared in print as "Yellow for Caution."]