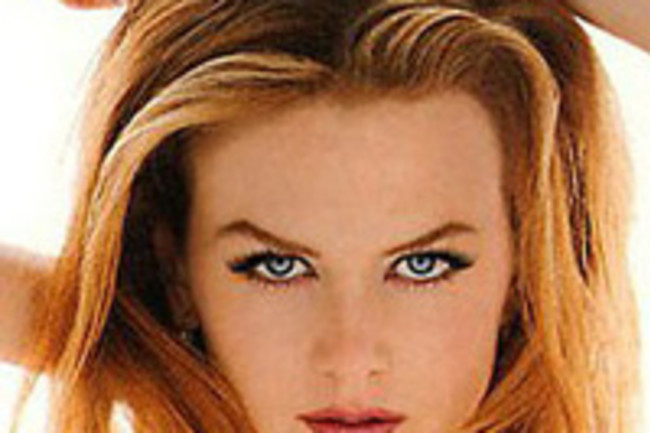 In my previous post I highlighted the possibility that extremely light skin might have evolved in Europeans relatively recently due to selection for Vitamin D production in the context of a nutritional deficiency prompted by the shift from a hunter-gatherer lifestyle to an agricultural one. I want to emphasize that the phenotype I was highlighting (skin color) was likely not the only response prompted by this selective force. For example, OCA2seems responsible for about 75% of the variation in eye color in Europeans:

The TGT/TGT diplotype found in 62.2% of samples was the major genotype seen to modify eye color, with a frequency of 0.905 in blue or green compared with only 0.095 in brown eye color. This genotype was also at highest frequency in subjects with light brown hair and was more frequent in fair and medium skin types, consistent with the TGT haplotype acting as a recessive modifier of lighter pigmentary phenotypes.

In this model blue eyes might simply be a byproduct of the fact that the mutation which gives rise to it on OCA2 also contributes to lighter skin. A correlated response due to pleiotropic genetic architecture. In a 2006 paper elucidating a new method for detecting recent human evolution the authors stated:

One of these genes, OCA2, is associated with the third longest haplotype on a high frequency SNP anywhere in the genome for Europeans.

The longest haplotype block (roughly proportional to intensity of selection)? LCT, a derived mutant of which in Europeans confers the ability to process lactose as an adult. Adult lactose digestion, blonde hair, very light skin and blue eyes are all extant at very high frequencies around the Baltic sea. The last three characters are diagnostic for northern European populations.^1 We know that lactose tolerance is a recent adaptation, within the last 10,000 years. We know that one of the major skin color genes in humans, SLC24A5, has swept to near fixation in Europeans relatively recently, on the order of 10,000 years. We also know that OCA2 has been subject to a recent bout of selection. Agriculture arose in the Middle East about 10,000 years ago and finally "conquered" southern Scandinavia as late as 5,000 years ago. I am beginning to suspect that the cultural revolution prompted by the transition from hunting & gathering to farming was followed by a genetic revolution due to co-evolutionary dynamics. In exchange for scalable caloric resources in the form of grains human populations were faced with a narrowed diet so that their nutrient streams became depauperate. Where it was feasible these agricultural populations naturally turned to animal husbandry to supplement their diet and round out their nutritional balance. Like grain farming dairying is a relatively scalable enterprise, especially if the cattle are fed upon unpalatable leavings or fallow land which would otherwise be underutilized. In the specific context of Vitamin D, though pre-fortified cow milk is a poor source of this nutrient in comparison with fish, it would have provided a non-trivial supplement (also, there is some reason to assume that modern cattle might produce somewhat deficient milk in terms of Vitamin D load because of factors of diet and sun exposure). This is not to say that I am locating the whole range of the largest recent selective events simply due to Vitamin D deficiency. Rather, the correlation of these evolutionary changes around the Baltic sea and their likely recent provenance contemporaneous with the agricultural revolution implies to me that cultural change was a necessary precursor to biological change. It is a cliche that our species has cultural evolution, which has marginalized biological evolution, but the reality is that likely our rapid fire and massive shifts in lifestyles have simply cranked up the genetic machine, even if it is a lagging indicator. 1 - There are other populations where some individuals with very fair skin or hair color exist (I don't know of eye color). But they are either numerically insignificant (e.g., Australian Aboriginals for blonde hair) or quantitatively less extreme in their expression (light skin in East Asians).