Blood Supplies in the U.S. Are 'Dangerously Low' Right Now

Hospitals rely on donated blood for a range of treatments, and the pandemic has seriously threatened that supply. Here's what you need to know about the science behind blood donation — and why it's critically needed. 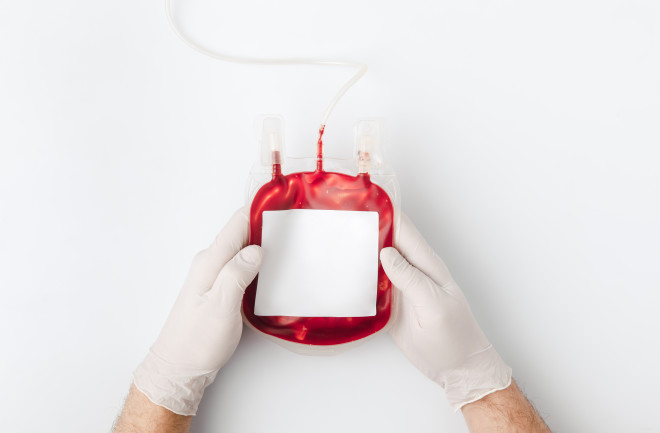 For most of history, medical practitioners thought bloodletting, not blood transfusion, would cure an ailing person. Although Spanish colonizers reported the Incas transfused blood, most of the world still opened veins or used leeches to rid the body of so-called "bad blood."

It wasn’t until the late 1800s when scientists realized that blood transfusion could save lives. But they still didn’t understand blood typing, and many transfusions were unsuccessful. In 1900, Karl Landsteiner, a Viennese researcher, identified the main blood types, and how they were distinct. In 1937, he was part of a research team that identified the Rhesus factor (now called Rh factor).

Blood donation and banking began in the 1950s in the U.S. and evolved into a major, lifesaving operation. Almost 5 million patients in the U.S. need a blood transfusion each year, which means a person is in need of blood every two seconds, according to the American Red Cross.

But the pandemic has seriously threatened that supply. Blood drives were canceled during shutdowns, and when they reopened, fewer people signed up. Donations dropped by 10 percent from August to September 2021. In a joint statement, both the American Red Cross and America’s Blood Centers called the supply “dangerously low.” Currently, about 27 percent of supply centers only have a one-day supply. A minimum of three days is needed for normal operations, according to America’s Blood Centers.

Most donors give what's called a whole blood donation, which simply refers to the red stuff flowing through your veins and includes blood cells, plasma and platelets. These components are separated and used to treat patients with a variety of conditions, according to Baia Lasky, the medical director for biomedical services for the American Red Cross. “It’s an ongoing, daily need. People’s lives are depending on it,” Lasky says.

Take red blood cells, which are used to treat blood loss. A car accident victim, for example, can require 100 units. (One unit of blood is roughly the equivalent of one pint.) Similarly, red blood cells are needed in some birthing situations due to postpartum hemorrhage. Premature babies also rely on donated red blood cells until their body can produce their own.  And red blood cells are given as ongoing treatment for people with sickle cell disease and anemia, as well as bone marrow transplant patients.

Another component, plasma, is needed for organ transplants and open-heart surgeries. Plasma carries nutrients and helps fight infections. It is also used for severe burns, and the typical burn patient needs eight units, according to the American Red Cross.

The last component, platelets, help with blood clotting, and the Red Cross says they have a critical shortage of platelets, which are used in trauma and surgical situations to stop bleeding. Platelets are also given to leukemia patients undergoing chemotherapy who are experiencing low-platelet counts, and Lasky estimates that about 50 percent of platelet recipients are cancer patients. Platelets are also transfused to organ-transplant patients and people with blood disorders to help them build strength.

One of the reasons that the current low blood inventory levels are particularly problematic is because not all blood types are compatible. A surgical nurse can’t just pop into a storage room and grab any bag of blood. If blood types are incompatible, a person’s immune system will destroy the donor red blood cells, a potentially fatal process called hemolytic transfusion reaction.

There are eight main blood types, which are determined by the presence or absence of antigens on the red blood cells and antibodies in the plasma.

Blood types are further distinguished by the presence or absence of the Rh protein on the red blood cells. People who have the protein are positive; those without are negative. Eighty percent of the population is Rh positive.

In the U.S., about 38 percent of people have O+ blood, and one in three has A+ blood. The remaining blood types, A-, B+, B-, AB+, AB-, and O-, are less common and frequency ranges from 9 percent for B+ to 1 percent for AB-, according to the American Red Cross.

There are other blood types outside of the primary eight, as well. The Rhnull phenotype, for example, occurs in one out of every six million people, which makes blood transfusion more difficult for those individuals.

While platelets can be shared among blood types, red blood cells and plasma need to be compatible between donors. But in a trauma situation, emergency room workers might not have time to test for a patient’s blood type. O- is the go-to option for red blood cells because they are universally received by the seven other main blood types, according to Lasky.

Problematically, only 7 percent of the population has O- blood, and high demand means it is the first to run out during a shortage. “O- is reserved for emergencies, particularly for women of child bearing potential,” Lasky says. “It has implications for women who create antibodies in future pregnancies.” Medical care providers also rely on O+ because it can be received by any other positive blood type, and most people have a positive blood type.

Compatibility, however, is more complex for people with a negative Rh factor. They can typically donate to positive blood types, but only receive from negative types.  A person with B+ blood, for example, can receive B+, B-, O+ and O-, whereas a person with B- blood can only receive B- and O-. By contrast, patients with AB blood, either negative or positive, can donate plasma to the other main blood types.

Either way, both the American Red Cross and America’s Blood Centers say the shortage means that all blood components and types are in short supply. “We really need blood across the board,” Lasky says.