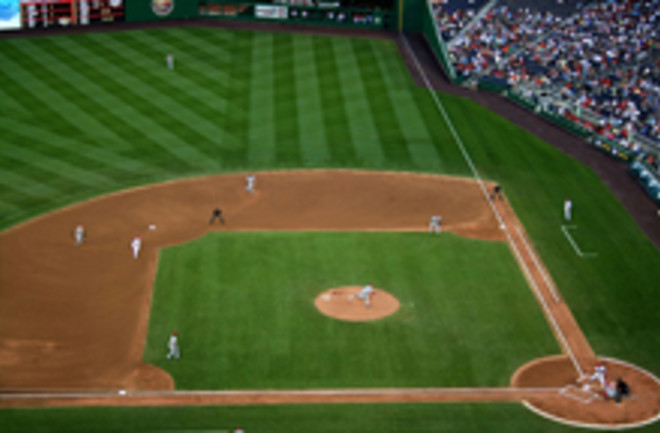 Young baseball players in Latin America with big dreams of coming to the United States to play in the big leagues have to do more than work on their batting and fielding these days--they may also have to prove that they are who they say they are. Baseball has been beset by a series of assumed identity scandals; for example, the

young baseball phenom, Esmailyn Gonzalez, received a $1.4-million bonus when he signed with the Washington Nationals in 2006. This February, the player who was misrepresenting himself as only 19 years old turned out to be a 23-year-old by the name of Carlos David Alvarez Lugo [Scientific American].

To combat the problem, Major League Baseball investigators have begun giving DNA tests to some prospects to determine whether they are actually related to the people they identify as their parents, and aren't just borrowing them along with the birth certificate of a younger man. A statement from Major League Baseball

said that it used DNA testing in the Dominican Republic “in very rare instances and only on a consensual basis to deal with the identity fraud problem that the league faces in that country.” The statement added that the results of the tests were not used for any other purpose [The New York Times].

But the testing raises ethical questions, and could even be declared illegal when a new law takes effect later this year. Are

these DNA tests a violation of privacy? The Genetic Information Nondiscrimination Act (GINA), passed last year, prohibits U.S. companies from seeking a DNA sample from a current or potential employee—or their family member. But the law will not go into effect until November 21, and even then ... no one is sure how it will apply to tests conducted in other countries [Scientific American].

Bioethics experts worry that the test results could be used to try to predict a player's chances of developing diseases or even chronic injuries in the future, a matter of great economic interest to the team that's considering signing him. But bioethics professor Mark Rothstein notes an irony here:

“The funny thing about this all is that the most famous baseball player with a genetic disorder was Lou Gehrig. Would they have signed him if they knew he was predisposed to A.L.S.?” [The New York Times].