Because Kids Today Have Fewer Cold Sores, They May Get More Genital Herpes 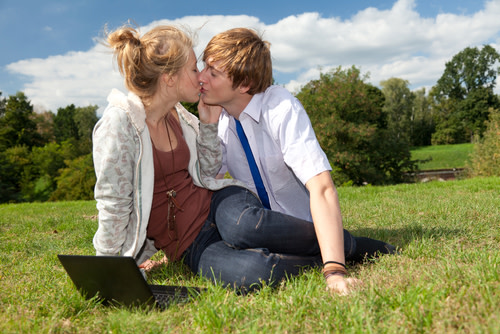 New science shows that teenagers today are less likely to have been exposed to cold sores growing up and therefore may be more vulnerable to genital herpes when they become sexually active. Let's start by thinking back to the awkwardness of middle school sexual education for a second. As you may recall, from illustrated diagrams on overhead transparencies, there are two types of herpes simplex virus: HSV-1 (which usually comes in the form of cold sores on the mouth) and HSV-2 (the genital variety). These are common viruses. Antibodies for type 1 are found in about half the U.S. population, and for type 2 in about a sixth. And unfortunately, once the herpes virus is in your system, it's in there forever.

In this study, researchers with the Centers Disease Control and Prevention looked at the prevalence of antibodies for the herpes virus in Americans between the ages of 14 and 49. (Keep in mind, this indicates exposure to the virus, but not necessarily that a person develops actual sores.) They compared an earlier time period (1999-2004) with a later one (2005-2010). Between these two periods, the researchers found that the overall number of people with antibodies for type 1 herpes in their blood declined by 7 percent, while type 2 stayed steady. In teens, however, the type 1 antibody drop was much more dramatic, declining 23 percent. The researchers think this may be because parents are more informed and careful not to pass the virus to their children through kissing or skin contact when they have sores. This seems like a good thing, but it could raise other risks. As Salon explains,

That means they don’t get cold sores as elementary schoolers, but it also means when they become sexually active, they don’t have immunity to help protect them against the virus in… other regions of their bodies.

That's because of a concurrent change in sexual habits that means the herpes viruses aren't strictly oral or genital these days. Type 1 herpes can spread beyond the mouth, perhaps because oral sex is becoming more popular. With both varieties able to infect the genitals, teens have a greater chance of developing the virus. As described in CBS News,

The authors mentioned that because of the success of public awareness campaigns about HIV, they believe that many people falsely believe that oral sex is safe. But, they forget that there is still a risk of getting the herpes virus.

In the study, published in The Journal of Infectious Diseases, scientists call for more research on the herpes viruses to better ascertain the changing risks. Not only can the virus cause recurring sores throughout a person's life, but a woman can also pass the infection on to her baby during the birthing process, which can be deadly for a newborn whose immune system is undeveloped. Image credit: photomak/Shutterstock