Bacteria Found in Mouth May Cause Colon Cancer 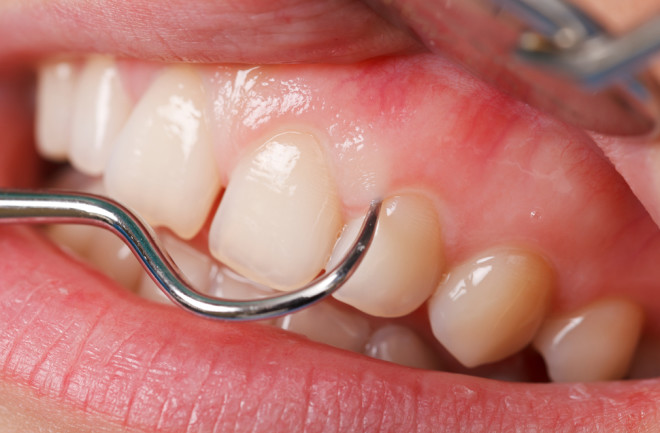 A kind of bacteria commonly found in the mouth, which is often the culprit in gum disease, also spurs the formation of tumors in colon cancer, researchers report today.

Scientists had previously found that the level of Fusobacterium nucleatum in the gut was higher among people with colon cancer. That was noteworthy because fusobacteria aren’t one of the usual strains found in the healthy gut.

However up to now it hasn’t been clear whether the foreign bacteria caused tissue to turn cancerous or whether the bacteria was a result of the cancer. Now, researchers report that the bacteria in fact stimulates tumors, and they identify the molecule responsible for the bug’s harmful effects.

Colon cancer is the second-leading cause of cancer death in the United States, and more than 1 million new cases are diagnosed worldwide each year. By figuring out how fusobacteria spur cancerous tumors, scientists can work toward therapies that may inhibit the bacterium’s activity and possibly eradicate it altogether from colon tissue.

Previous studies have focused on a subset of colon cancer that is caused by inflammatory bowel disease, or conditions linked to inflammation of the colon and small intestines. The teams publishing studies today focused instead on a bacterium that drives cancerous tumors but isn’t related to apparent intestinal inflammation.

In the first research paper, a team from Harvard and the Dana-Farber Cancer Institute report that fusobacteria are prevalent in colon adenomas, essentially early-stage benign tumors that over time can turn malignant. Working with mice that were known to develop intestinal tumors, the team was able to accelerate early tumor formation by feeding them fusobacteria.

Researchers also fed them three other bacteria strains, such as Streptococcus, that are known to be associated with colon cancer. Tumors formed at a higher rate in mice fed with fusobacteria versus those who got Streptococcus.

Unlike the other bacteria, fusobacteria were stealthy and worked at the micro-inflammation level—the Harvard team saw no large-scale intestinal inflammation.

A second research team from Case Western Reserve University found the specific molecule that allows such stealthy invasion: a molecule called FadA. Gene expression levels of FadA were 10 to 100 times higher in colon tissues from patients with adenomas and cancerous tumors when compared with healthy participants.

Researchers also determined how FadA worked its dangerous magic: by blocking the expression of a gene that inhibits tumor growth. Both studies are published today in Cell Host & Microbe.

“We showed that FadA is a marker that can be used for the early diagnosis of colon cancer and identified potential therapeutic targets to treat or prevent this common and debilitating disease,” says Yiping Han of Case Western Reserve University School of Dental Medicine.