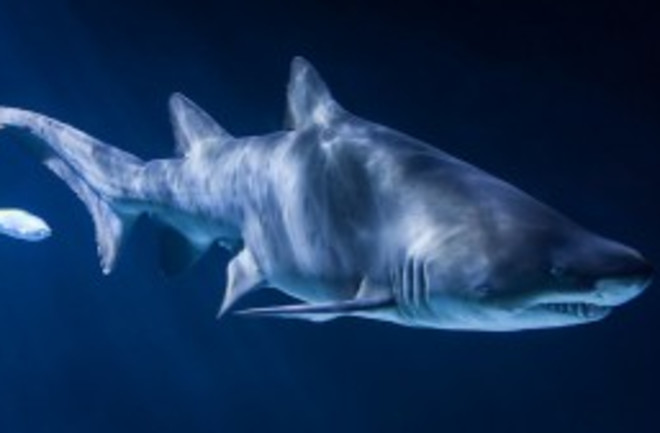 Image: Flickr/Leszek LeszczynskiLike many amazing ocean animals, sharks are in trouble. And unlike whales and otters, their bad rap can make it difficult for sharks to get the protection they need to stave off extinction. But why do people fear sharks so much? According to this study, it's not just their big teeth, but also the type of music played during video documentaries that might be to blame. In fact, volunteers who watched shark-infested clips of "Blue Planet Seas of Life" with the associated (ominous) music were more likely to rate sharks as scary compared to people who watched the same clip while listening to uplifting music from other segments of the documentary. Not only that, but listening to scary music made viewers less likely to be willing to donate money to shark conservation efforts. Shark Week, are you listening?The Effect of Background Music in Shark Documentaries on Viewers' Perceptions of Sharks. "Despite the ongoing need for shark conservation and management, prevailing negative sentiments marginalize these animals and legitimize permissive exploitation. These negative attitudes arise from an instinctive, yet exaggerated fear, which is validated and reinforced by disproportionate and sensationalistic news coverage of shark ‘attacks’ and by highlighting shark-on-human violence in popular movies and documentaries. In this study, we investigate another subtler, yet powerful factor that contributes to this fear: the ominous background music that often accompanies shark footage in documentaries. Using three experiments, we show that participants rated sharks more negatively and less positively after viewing a 60-second video clip of swimming sharks set to ominous background music, compared to participants who watched the same video clip set to uplifting background music, or silence. This finding was not an artifact of soundtrack alone because attitudes toward sharks did not differ among participants assigned to audio-only control treatments. This is the first study to demonstrate empirically that the connotative attributes of background music accompanying shark footage affect viewers’ attitudes toward sharks. Given that nature documentaries are often regarded as objective and authoritative sources of information, it is critical that documentary filmmakers and viewers are aware of how the soundtrack can affect the interpretation of the educational content." Related content: Trypophobia: fear of holes.A new thing to fear: “intranasal teeth”.Another reason to fear dentists: swallowed dental instruments.