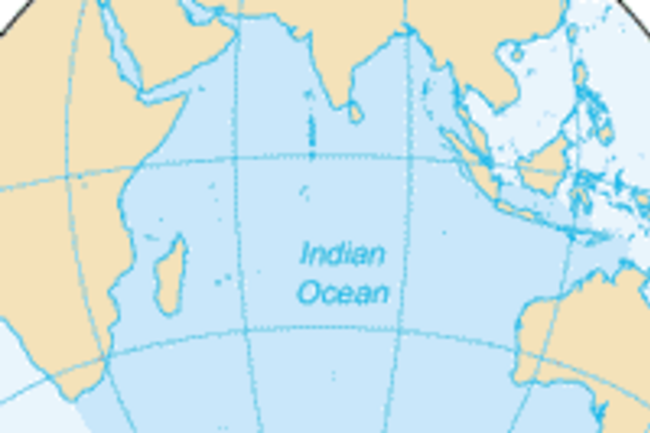 BMC Evolutionary Biology [strike]has a new paper which will be up soon (not on site)[/strike], Reconstructing Indian-Australian phylogenetic link. ScienceDaily has a preview:

Dr Raghavendra Rao worked with a team of researchers from the Anthropological Survey of India to sequence 966 complete mitochondrial DNA genomes from Indian 'relic populations'. He said, "Mitochondrial DNA is inherited only from the mother and so allows us to accurately trace ancestry. We found certain mutations in the DNA sequences of the Indian tribes we sampled that are specific to Australian Aborigines. This shared ancestry suggests that the Aborigine population migrated to Australia via the so-called 'Southern Route'".

Remember that the mtDNA of South Asians tends to be related to the populations to their east far more than Y lineages, or the total genome content. In other words, the genetic variation of the whole genome tends to put South Asians closer to West Eurasians, while the mtDNA passed only through mothers offers a more mixed picture, with many clustering with East Eurasians. So naturally mtDNA is where you go to find deep connections to the peoples of Australasia (there are some anthropological models which suggest that female lineages may serve more as a deep substratum than male lineages, which have more long distance network connections). In The Journey of Man Spencer Wells was also able to find a link to Australian Aborigines in at least one South Indian man in the Y chromosome. Australian publications naturally have a bit more detail:

The scientists carried out genetic tests on 966 individuals from 26 of India's "relic populations" and identified seven people from central Dravidian and Austro-Asiatic tribes who shared genetic traits only found in Aborigines.

I'm assuming these are very deep relationships, Aboriginal populations arrived very early to Australia, though some researchers clam there may have been multiple migrations. There was cultural contact between Australia and the outside the world, the dingo seems to have arrived in the last 10,000 years. In any case, it seems to me that confirming that the populations which gave rise to Australian Aboriginals migrated through South Asia isn't really particularly groundbreaking or surprising. How else were they going to arrive? Yes, perhaps they swung up north through Central Asia, made a mad dash to China, and then drove directly south toward Australia via Sundaland. Or even more fancifully they pulled a Malagasy and went across the Indian ocean in a straight shot. No, it seems rather likely that the populations of Southeast Asia and Australia arrived via South Asia on a priori grounds of the shortest viable distance. Some researchers have been arguing that South Asia in fact is in many ways a secondary Africa; a region of relatively high long term population size from which modern H. sapiens expanded to all of Eurasia. That's the argument that Stephen Oppenheimer makes in The Real Eve. When it comes to the Australian end of the story, the issue seems to be the early arrival, and the nature of the maritime journey. Though there are debates about timing of arrival, Australia has been inhabited by H. sapiens for tens of thousands of years, likely longer than Siberia. Additionally, even during periods of low sea level there would have been a non-trivial voyage between Sundaland and the combined landmass of Australia & Papua New Guinea. This doesn't even take into account the likely interactions with non-sapiens hominid species during their trek. Cite: Satish Kumar, Rajasekhara REDDY Ravuri, Padmaja Koneru, B P Urade, B N Sarkar, A Chandrasekar and V R Rao. Reconstructing Indian-Australian phylogenetic link. BMC Evolutionary Biology, (in press) [link]