Army Generals Fret: Are Americans too Fat to Fight? 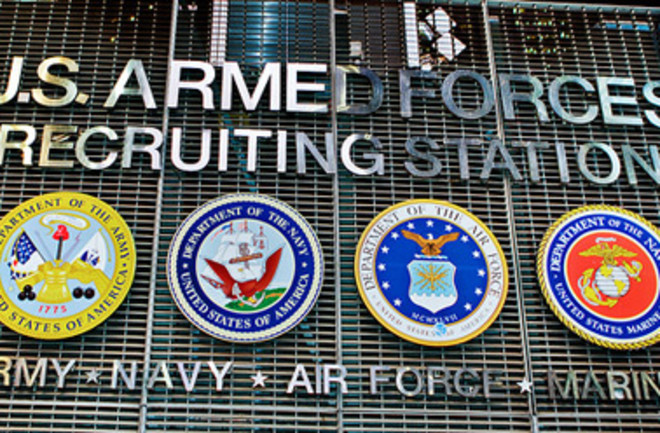 The biggest threat to American security may not be scheming terrorists or secretive cyber attacks--it may be the growing girth of the average American youth. Retired army generals John Shalikashvili and Hugh Shelton, who have both served as chairman of the Joint Chiefs of Staff, argue that the obesity epidemic is rendering too many Americans unfit for duty. As the generals write in a Washington Post op-ed:

It seems incredible, but these are the facts: As of 2005, at least 9 million young adults -- 27 percent of all Americans ages 17 to 24 -- were too overweight to serve in the military, according to the Army's analysis of national data.

Since 1995, the number of recruits who have failed their medical exams because they're overweight or obese has increased 70 percent. The generals say that to defuse this national security threat, the United States needs to get to potential soldiers when they're young. They urge Congress to pass a child nutrition bill that would get junk food and soda out of schools, and that would make school lunches more nutritious. If they're really serious about this campaign, though, they might want to consider replacing lunchroom monitors with drill sergeants, who could scream at the little maggots to put down the Hostess CupCakes and to drop and give them 20. Related Content: Discoblog: New Villain in the Obesity Epidemic: Mean Gym Teachers

Discoblog: Fighting Child Obesity, One Bake Sale at a Time

80beats: Obese Kids Have the Arteries of 45-Year-Olds, Study Finds