Are most people "behaviorally modern"? 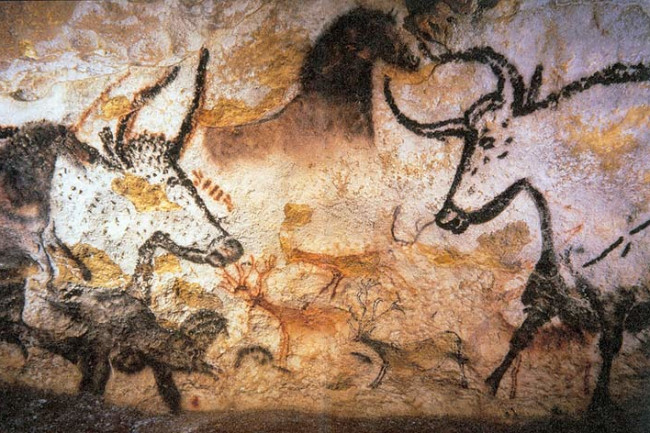 Behavioral modernity is a term used in anthropology, archeology and sociology to refer to a set of traits that distinguish present day humans and their recent ancestors from both living primates and other extinct hominid lineages. It is the point at which Homo sapiens began to demonstrate a reliance on symbolic thought and to express cultural creativity. These developments are often thought to be associated with the origin of language.

First, I'd like to put into the record that I suspect that Neanderthals had language as we'd understand it. I suspect within the next few decades genomics may clarify the issue, because people with congenital linguistic defects will probably be sequenced to the point where we'll get a sense of all the many regions of the genome necessary for language competency. We can then crosscheck that against the Neanderthal genome. So let's take that off the table, even if it's under dispute. The term "behavioral modernity" is important because "anatomically modern humans" predate them by tens of thousands of years in Africa. Over 2 million years there had been a gradual increase in cranial capacity in the hominin lineage up until a leveling off ~100,000 years or so before the present. It is stated by many that in fact that the maximal cranial capacity of any hominin lineage was attained by the Neanderthals. In the post below I suggest that perhaps the transition to modern humans as we understand them had less to do with a switch in "human universals" than a more complex change on the margins of a few individuals here and there. Greg Cochran has wondered if the majority of humans today would actually be termed "behaviorally modern" by an objective third-party observer. To bring the point home: consider how many humans can actually describe in any detail how an automobile works, as opposed to using an automobile? Cultural production as we know it today is almost magical in the way complex systems arise out of the coordinated activities of many people who have no idea as to the nature of the whole. This mysterious productive endeavor seems likely to distinguish behaviorally modern humans from their predecessors. But I suspect that this required far less change on a per person basis than we might think. The average modern human understands the inner working of a computer as well as a H. erectus.