Some countries shifted their cultures after pandemics to embrace mask-wearing in public. Will the same thing happen to the U.S.? 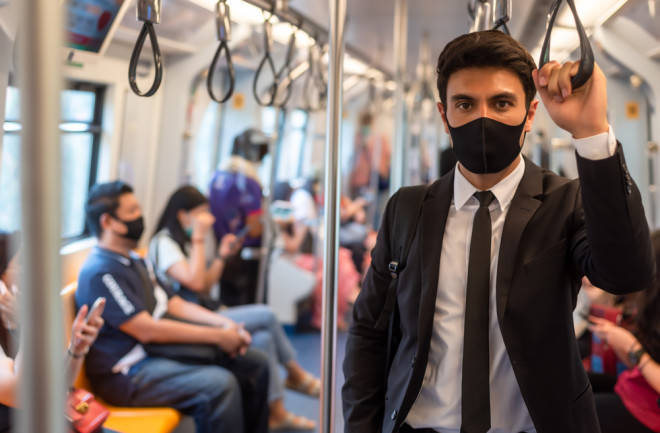 For some people, the idea of going to the store without a mask right now is so shocking, they’re having stress dreams about it. But once the need to wear a face-covering every time we go shopping is over, our instinct to reach for our masks might not disappear entirely in the U.S.

Living through the worst epidemic Americans have seen in a century might shift attitudes about long-term mask use, in part because what many people experienced during the pandemic is uniquely traumatic, says Isaac Fung, an epidemiologist at Georgia Southern University. “It’s probably a once-in-a-lifetime experience, even though there have been, and will be, coronaviruses that create an epidemic.” Who changes behaviors and how frequently they reach for their face coverings, however, could depend on a few factors.

Part of why it’s possible that masks could become a more long-term fixture in the U.S. is because elsewhere in the world, previous pandemics had the same effect. In 2003, the SARS outbreaks in parts of Asia, including China, Taiwan and South Korea, required mask-wearing. The shock of the SARS outbreaks and a cultural memory of what helped control them could partially explain why the transition to consistent mask use in some of these nations during COVID-19 was seamless compared to the U.S., Fung says. “They have both the fortunate and misfortune of the impact of SARS in 2003.”

In between the pandemics, consistent mask-wearing in parts of Asia evolved into an occasional polite choice someone might make if they had a cold or cough and were out in public. Masks, along with other COVID-19 protocols like hand washing and social distancing, can reduce the odds of someone spreading other illnesses like the seasonal flu. In the U.S., a similar scenario — a population scarred by a pandemic comes to realize how useful the masks are for other illnesses — might play out. Granted, mask use has become political in the U.S. in a way it hasn’t in many other places, Fung points out. But throughout the pandemic, Pew Research Center surveys have shown that the partisan divide on masking behaviors lessened over time.

Christos Lynteris, a social anthropologist at the University of St Andrews in Scotland, thinks future consistent mask use might stand a chance in part because the pandemic won’t end with one theatrical, celebratory announcement. If the health crisis was suddenly “over” one day, some people might reject masks completely from there on out. “Throwing your mask away [could be] like you're unshackling yourself from the epidemic, which is over,” Lynteris says. But it’s more likely the virus could see seasonal resurgences like the flu and draw out for a while. In that case, the longer battle with SARS-CoV-2 could help individuals see masks as a more consistent part of life that comes with other health benefits.

Too Close for Comfort

The realization of the perpetual benefits of masks might take hold in cities best, particularly if many residents rely on public transit, Fung says. When people don’t own cars and need to get around via packed buses or train cars, they spend a lot more time in close contact with other people. It’s hard to be in that environment daily and not see the value of a face covering, Fung says. In large swathes of the U.S. where people commute in their own cars or rely on relatively-empty public transportation, the appeal of wearing masks might not be as strong.

Future mask use could also depend on how well people transform the face-covering into an effective but appealing — maybe even fashionable — accessory. If public health departments had wanted to make mask-wearing a more consistent part of long-term healthy behaviors, the institutions could have been more intentional about encouraging this transition, Lynteris says. “You need to allow people to adopt the mask as their own thing,” he says. Meeting with different communities and encouraging people to make masks look the way they want them to could make them more appealing. In parts of Asia, people pulled off this exact transition with masks over the years. People sell and purchase masks that coordinate with outfits, and when it is part of the wardrobe, the face-covering becomes even more likely to be worn, Fung says.

If covering faces in public persists for years to come, the well-meaning action would be more likely to be effective if people had a better idea of how to handle the masks. In fact, this is a part of mask education that Fung thinks could be improved right now during the pandemic. “This part of health education I do not see happening in the U.S.,” he says. “We are only focusing on wearing it, not how to properly take it off or wash it.”

Handling masks correctly can reduce the likelihood that any virus on the material doesn’t make its way into your nose or mouth. And while the CDC has guidelines on appropriate behavior, simply having online information available for those who search for it isn’t quite enough, Lynteris notes. Appropriate mask protocols are another topic public health officials should discuss with communities. A chance to ask questions — about when masks should be cleaned or how to dispose of them, for example — or even hear from others about the mistakes they’ve made can familiarize people with what they need to do themselves. “If you don’t use the mask correctly but think it's protecting you, you may be engaging in behavior where you put yourself and others at risk,” Lynteris says. “It’s an important conversation we’re not having.”

More From Discover
Health
This Senolytic Antibody Drug Could Combat Aging, and the Diseases It Brings
Health
What Does It Mean to Have Prediabetes?
Health
Autoimmune Diseases Are on the Rise, Along With More Promising Preventative Measures
Health
The Science Behind Your Chakras
Health
How Does Climate Change Affect Human Health?
Health
Does Seasonal Affective Disorder Get Worse with Age?
Recommendations From Our Store
My Science ShopDiscover STEM Kits
My Science ShopDiscover 2022 Calendar
My Science ShopStrange Science
My Science ShopElements Flashcards
Shop Now
Stay Curious
Join
Our List