Contrary to popular belief, Julius Caesar was not the first baby to be born via caesarean. 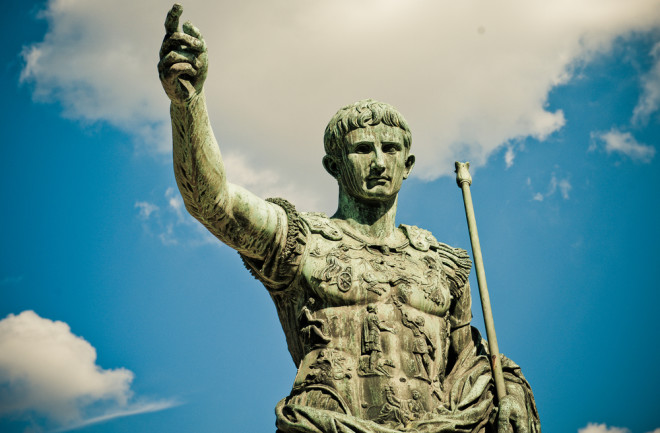 Cesarean sections have been a part of human culture since ancient times. This surgery, which is characterized by the delivery of a baby through the mother’s abdomen, is referenced in ancient Hindu, Egyptian, Grecian, Roman and other European folklore. But where did the term originate?

One popular theory is that the term cesarean was derived from the surgical birth of the Roman leader Julius Caesar. Though the exact origins of this theory remain unknown, scholars say the term probably wasn't named for the famous ruler himself.

A 10th century Byzantine-Greek historical encyclopedia called The Suda is one of the earliest records citing that the C-section was indeed named after Caesar. It states, “For when his mother died in the ninth month, they cut her open, took him out and named him thus; for in the Roman tongue dissection is called ‘Caesar.’"

However, the likelihood of this theory is slim. During the time of Caesar’s birth in 100 BC, C-sections were only performed when a mother was dead or dying as an attempt to save the child. Despite this, Caesar’s mother Aurelia is reputed to have lived through her son’s invasion of Britain, making it highly unlikely that she gave birth through this procedure.

Not only that, but the practice of cutting a baby from its mother was part of a law put in place before Caesar’s birth. Thus, even if Caesar was born through C-section, he was definitely not the first.

More Than One Caesar

If the term's origin story is false, why are C-sections still associated with Julius Caesar today? The answer lies in the origins of the name “Caesar,” which comes from the Latin word for to cut, or caedere.

Roman author Pliny the Elder explored the origin of C-sections in his book Historia Naturalis, suggesting that Julius Caesar was named after an ancestor who was born via cesarean.

But over time, this conclusion may have been misconstrued. Pliny was clearly referring to the ancestors of Julius Caesar, though today many believe the procedure to be a reference to the well-known emperor himself.

For centuries, delivery by cesarean section remained a dangerous procedure. During the first half of the 19th century, surgical delivery almost always resulted in death of the mother from infection or bleeding.

Today, modern medicine and advanced surgical techniques have greatly reduced these numbers. C-sections are on a rise and frequently performed as an alternative to normal childbirth. According to the Center for Disease Control and Prevention, the number of deliveries by cesarean was 31.9 percent in the U.S. or 1,208,176 in 2018.

So even if the procedure's namesake doesn't hearken back to the Roman leader himself, it will continue to be part of modern medical practice — just as it was before Julius Ceasar was even born.