Antibiotic-Resistant Bacteria: What They Are and How Scientists Are Combating Them

Superbugs can leave doctors with few options for treatment. Here's how these pesky bacteria are created, and the ways that scientists are working to fight back. 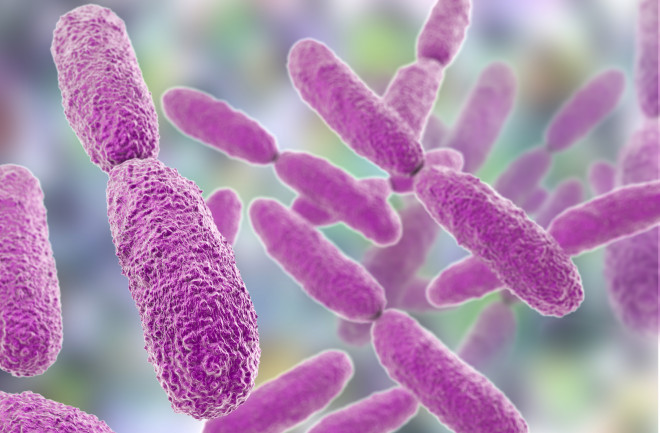 In 1928, microbiologist Alexander Fleming noticed something peculiar while examining the petri dishes used to grow bacteria in his laboratory. Amongst the small, circular bacterial colonies growing on the plate was a contaminating mold. He noticed that the bacterial colonies closest to the mold were dying, yet those that were far from the mold seemed healthy. Fleming theorized that the mold (later identified as Penicillium) was producing a substance lethal to the bacteria — an antibiotic.

Fleming’s hypothesis turned out to be correct, and within a decade, the antibiotic we know as penicillin was born. Upon accepting the Nobel Prize in 1945, Fleming left us with a prescient premonition that was largely ignored: “The thoughtless person playing with penicillin treatment is morally responsible for the death of the man who succumbs to infection with the penicillin-resistant organism. I hope this evil can be averted.”

And while penicillin was once touted as a miracle drug that has saved countless lives, it is now useless against several infections because the targeted bacteria have become resistant to the medication. Bacteria can achieve this feat since they replicate quickly, which enables them to evolve rapidly. Thanks to this accelerated evolution, bacteria can become resistant to antibiotics much faster than researchers can develop them.

Superbugs are defined as infectious bacteria that have become resistant to multiple antibiotics, leaving doctors with little or no options for treatment. Some of the most dangerous superbugs include methicillin-resistant Staphylococcus aureus (MRSA), Clostridioides difficile, carbapenem-resistant Enterobacteriaceae and Neisseria gonorrhoeae, the causative agent of gonorrhea.The Center for Disease Control and Prevention (CDC) reports that more than 2.8 million antibiotic-resistant infections occur in the U.S. each year, and more than 35,000 people die as a result.

How Bacteria Become Resistant to Antibiotics

Bacteria are able to implement a number of diverse strategies to survive an onslaught of antibiotics. These usually involve a genetic mutation that confers drug-resistance, or the acquisition of a drug-resistance gene from another bacterium. Drug-resistance genes can be passed from one bacterium to another through a structure called the pilis, a tube that connects individual bacterial cells and allows them to transfer genetic information.

The first drug-resistance strategy involves modification of the target that the antibiotic attacks. Many antibiotics kill by shutting down a crucial enzyme needed for the bacterial cell to survive. In the case of penicillin, the drug binds and inhibits a bacterial enzyme called transpeptidase, which helps connect components of the cell wall structure that encases the bacterium. In some cases of penicillin resistance, the transpeptidase gene mutated such that penicillin no longer binds to the enzyme. Some antibiotics, like erythromycin, bind to and shut down bacterial ribosomes, which are the factories that turn genes into proteins.In some instances, bacteria gain resistance not by modifying the drug target, but by increasing the amount it normally makes. When this occurs, there is too much of the target for the antibiotic to inhibit, so the therapeutic levels of the antibiotic are no longer effective.

Some bacteria possess enzymes that can destroy the antibiotic, a tactic that is best characterized by penicillin-resistance. Penicillin is susceptible to degradation by a bacterial enzyme called penicillinase, which is normally used to remodel the cell wall when the bacteria are dividing. The problem is that penicillinase can also remodel penicillin, rendering it inactive. Another example is resistance to an antibiotic called chloramphenicol, which shuts down ribosomes like erythromycin. Bacteria in possession of a gene called CAT make an enzyme called chloramphenicol acetyltransferase, which can neutralize this antibiotic so that it is no longer able to bind ribosomes.

Another major strategy for bacteria is to keep the antibiotic out of the bacterial cell. This can be achieved by blocking the drug’s entry or facilitating its exit. Bacteria are surrounded by a cell wall and a membrane; many antibiotics use a channel in these structures to get inside the bacterium. However, bacteria can mutate this entry channel in such a way that the antibiotic can no longer use it for transport into the cell. Similarly, bacteria can acquire or increase the expression of efflux channels that can pump the antibiotic out of the cell. This type of antibiotic efflux is a common problem with the tetracycline antibiotics, often used to treat infections like urinary tract infections, chlamydia and acne.

Bacteria can use one or more of these defense methods against antibiotics, and there are likely additional methods of drug resistance that have yet to be identified. With so many different ways for bacteria to evade the effects of antibiotics, it is not surprising that they can become superbugs.

How Can We Defeat Superbugs?

With continued research, of course! One contributing factor in the rise of superbugs is complacency. The discovery of penicillin in the 1930s led to an explosion of antibiotic discovery in subsequent decades, but this tapered off by the 1960s. The abundance of drugs also discouraged pharmaceutical research as it would be difficult to recoup the substantial financial investment required for drug discovery. Despite clear warnings that bacteria were developing resistance to these vital drugs, virtually no research was performed to identify new classes of antibiotics for half a century. Even today, the surge in drug-resistant bacteria far outpaces the discovery of new antibiotics.

In lieu of finding new antibiotics, scientists have attempted to tweak existing ones. By chemically altering certain parts of the antibiotic, researchers have been able to create derivatives that evade bacterial resistance mechanisms. In response to tetracyclines' susceptibility to efflux pumps, for example, researchers modified tetracycline to make tigecycline, which is not pumped out of the bacteria so easily.

A valuable strategy to battle current superbugs — and keep new ones from emerging — has been the concept of drug cocktails, or combinations. While giving a patient more than one drug at a time sometimes increases adverse effects, the approach has proven highly effective in managing other infectious diseases, such as HIV/AIDS. Inhibitors of the bacterial enzyme penicillinase, such as clavulanic acid, are frequently combined with a penicillin family drug to keep it safe from destruction by said enzyme.

The idea behind drug combinations is two-fold. Drug combinations can be synergistic, meaning that two drugs are more effective at killing the bacteria than one. They can also minimize the formation of superbugs; it is much easier for bacteria to make one adaptation against a single drug than to make multiple independent adaptations at the same time.

Scientists are also revisiting an older idea to determine whether bacterial viruses, called phages, could be weaponized to destroy bacterial pathogens. Phages do not infect human cells, but are natural invaders of certain bacteria. Current limitations of “phage therapy” include how to produce and deliver viable phage into the appropriate tissues where a bacterial infection has taken hold.

Finally, we are now heeding lessons from the past. Knowing how rapidly bacteria can evolve resistance, many of today's newly created antibiotics are only deployed as a “last resort” treatment. The rationale is to minimize the use of these precious drugs, depriving bacteria of opportunities to become resistant to them. Similarly, activists are campaigning to stop the inclusion of antibiotics in animal feed, which is used widely as a growth promoter in livestock. This is an important effort because introducing vast amounts of antibiotics into the environment can promote the evolution of resistant bacteria. Beyond that, educating physicians to avoid over-prescribing antibiotics to patients without clear evidence of bacterial infection can also help stem the ability of superbugs to develop in the first place.

As researchers have demonstrated, bacteria have many means at their disposal to become resistant to our life-saving medicines. It is essential that we explore similarly diverse avenues to counter their attacks. A super arsenal of antibiotics will go a long way in winning the war against superbugs.