Amerindians of Brazil more numerous than you think 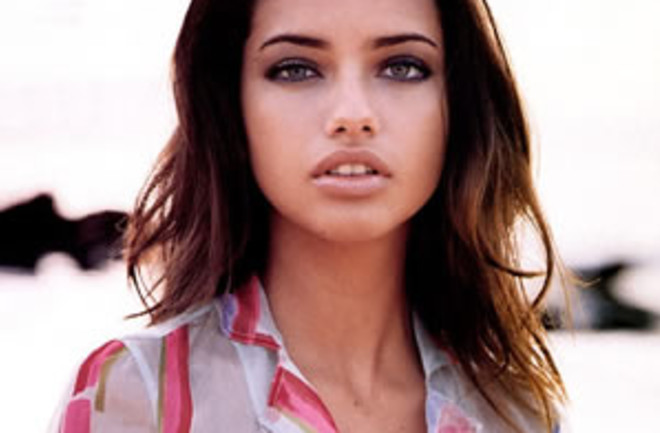 A few months ago I was thinking a fair amount about the Neandertals. One issue which became more stark to me due to that particular finding, that a few percent of the human genome seems to have derived from Neandertal populations, is the reality that genetic distinctiveness can persist long after cultural coherency is no longer a reality. That made me reconsider one of the facts of contemporary scholarship, that the Amerindian populations of the two most populous nations of the New World, the United States of America and Brazil, have disappeared or been totally marginalized demographically. I've observed before it looks like that about 15-20% of the ancestry of the Argentine population is Amerindian, despite the nation's proud identity as a European settler offshoot (i.e., more like the United States or Australia, than Mexico, which has an explicit hybrid identity). But I realized that Brazil was perhaps the bigger catch. Only 0.4% of Brazilians identify as Amerindian. That's about 700,000 people. But we know that a substantial number of white, brown and black Brazilians have Amerindian ancestry. Assuming for argument's sake that the 700,000 Amerindians have undiluted indigenous ancestry, how much of the distinctive Amerindian genome in modern Brazil is to be found in this segment of the population? There was a paper which came out in an obscure Brazilian journal last year which can help answer this question, DNA tests probe the genomic ancestry of Brazilians. For the purposes of the paper they needed to find a small number of ancestrally informative markers which would allow them to partition the ancestries of the individuals in their data set into European, African, and Amerindian, segments. Luckily these are three very distinctive populations. They cross-checked the utility of their markers against the HGDP data set. In other words the precision and accuracy of the 40 markers they selected should be assessed by how well they can distinguish these three "pure" populations. Their Brazilian subjects consisted of self-identified whites from various regions, as well as black men from Sao Paulo. Brazil's racial taxonomy has a brown (pardo) category which is large, but judging from the very high proportion of African ancestry among the blacks in their sample I don't think they included self-identified mixed-race people in that group (some scholars lump mixed and black Brazilians together into the black category). First, let's see how well the markers allow for us to distinguish populations' whose ancestry we're pretty sure about.

No that bad. Observe the trailing off of Europeans and Amerindians along their axis of variation. From previous papers using SNP chips with hundreds of thousands of markers It seems that the HGDP Amerindian sample has non-trivial European ancestry, so it isn't just a limitation of their marker set. This shouldn't be that surprising in light of the history of Latin America, and the centuries of racial fluidity which occurred. Additionally, I assume that it would be more difficult to find markers which vary between Europeans and Amerindians than between these two groups and Africans (remember that Africans have more genetic diversity, and non-African populations can be thought of as simply one branch out of Africa). The following chart shows the outcome from the markers across various regions of Brazil. I assume that the core American readership will be pretty ignorant of the regions, so this map will help. Southern Brazil is white. The rest of the country far less so. Gisele Bündchen and Alessandra Ambrosio are from Rio Grande do Sul in the far south. Adrianna Lima, pictured above, is from Bahia in the northeast. All of the panels are for whites (through self-identification) except for the last.

Despite the limitations of 40 markers I think the results here are probably pretty good. The South region has the whitest whites. This was an area with massive immigration, and fewer non-whites to start with. It is in the northeastern region that you see more Amerindian than black ancestry among the whites. From what I have seen in other papers the brown category in Brazil is more skewed toward European ancestry than panel F, so that's why I assume that these are men who self-identify as black. But for the purposes of my original question we need to assess ancestral contributions within these groups from Amerindians. The following table does just that.

The authors note a curious fact: there's no statistically significant difference between the regions in terms of Amerindian ancestry for self-identified white Brazilians. This resembles the pattern we saw with Neandertal admixture, and I assume the explanation is the same: the integration of Amerindian ancestry occurred early in the history of the white Brazilian population and has now distributed throughout it via generations of intermarriage except for those with undiluted white immigrant heritage (e.g., Gisele, who comes from a German town). The figure for blacks from Sao Paulo is about the same as whites as well. Let's assume 10% Amerindian ancestry and 200 million Brazilians to make the math easier. Since it is about 10% in whites and blacks, I suspect it will be 10% in those who identify as mixed race as well. Where does that leave us? That would mean 20 million Brazilians of Amerindian ancestry! As you can see around 95% of the Amerindian genome in Brazil is found among those who do not self-identify as Amerindian. For Americans (citizens of the USA) it is then interesting to wonder how much of the Native genome is found in whites, particularly old stock colonial descended whites, and how much in self-identified Native Americans. Looking at the genetic studies I believe that the Amerindian proportion is much lower among white Americans than 10%. Additionally, while 700,000 Brazilians identify as Amerindian, 2.4 million Americans do (though I believe that a much larger proportion of American Native Americans are of mixed ancestry than Brazilian Aboriginals). I think that the odds are that more ancestry which is pre-Columbian in the USA does reside within the white population than within the self-identified Native American tribes, but it may be a close thing. And of course there are Latino populations which need to be added into the equation, whose Amerindian ancestry is significant (in the case of Mexican Americans possibly preponderant), though it is of Mesoamerican origin. But doing those sums is for another post. Note: A preemptive apology to those who feel I've used the wrong term for any particular ethnic group. I have preferred the more Politically Correct (though less popular) term Native American in the context of the USA, but feel that Amerindian is technical or scholarly enough to evade charges of insensitivity. Image credit: UnaFraseCelebre.com