Americans Heavier Than Ever, But Most Still Say Their Weight Is "About Right" 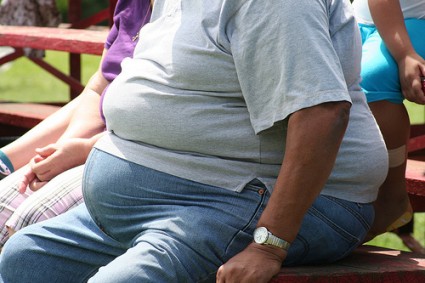 A Gallup poll reports that on average Americans weigh almost 20 pounds more than they did in 1990, based on the self-reports of more than 1,000 people. The average man weighs 196 pounds while the average woman is 160 pounds. And most of us—62 percent—are already overweight or obese. But that doesn't mean we're ready to come right out and admit it, at least not to a telephone pollster. When asked how they would describe their own weight, only 39 percent of Americans described themselves as "overweight," while 56 percent reported their weight was “about right.” Neither of these metrics have changed very much since the poll was first given 21 years ago. At the same time, 59 percent say they'd like to lose weight [PDF]. At first this seems to contradict the "about right" result, but it can probably be explained by people's reluctance to describe themselves as "overweight," even if many admit a desire to be thinner. According to last year's poll, about 27 percent of Americans are actively trying to lose weight (apparently this question wasn't asked this year). If we want to stop rising levels of obesity in America, this number will have to increase, and/or we'll have to start eating healthier. I wouldn't bet on the latter, however, in a country that counts a slice of pizza as one serving of vegetables. If current trends continue, nearly 80 percent of Americans may be obese or overweight by 2020, according to one recent study. And as the country gets ever portlier, the idea of what's normal is changing: if more people are overweight, more people are likely to consider it average, and thus, not necessarily problematic. The average answer to the question, "What do you think is the ideal body weight for you, personally?" has increased 10 pounds since 1990, while average total weight has increased 20 pounds. [Via the Huffington Post] Reference: Annual Gallup Healh & Healthcare Poll. Conducted November 3-6, 2011.