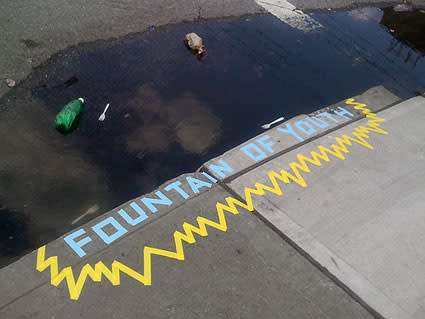 After almost twenty years in office and 70 years on earth, Nursultan Nazarbayev, president of Kazakhstan, is hoping his country can come together to overcome one last hurdle. He needs the country's scientists to find him the fountain of youth. In a speech to students of the newly dedicated Nazarbayev University, a new education and research institution in the Kazakh capital of Astana, the president made clear that he is looking to the researchers to provide him with eternal life, says The Guardian:

The 70-year-old leader stressed in a speech that a new scientific research institute in the capital Astana should study "rejuvenation of the organism," as well as "the human genome, production of human tissue and creation of gene-based medicines".

Of course, who wouldn't want to live forever when they have a country that they rule--for life. He said back in October that he would be the country's president until at least 2020 if his old bones can take it, says The Guardian

"Maybe, then, you'll offer me an elixir of youth and energy – maybe you have such potions in Korea … I'm willing to go on until 2020, just find me an elixir."

It seems like aging is something the ruler has been worried about for a while. In October of 2009 The Guardian

quotes him as saying:

"One important subject is anti-ageing, or the study of prolongation of life," he told an audience at the Kazakh national university in Almaty. "However difficult such investigations are, these questions must be resolved sooner or later. Why shouldn't our scientists take on this task? Would it not inspire our Kazakh youth who are now living through the great moments of passion?"

dug up yet another statement from a month earlier:

"Anti-ageing medicine, natural rejuvenation, immortality," he mused to a government science committee in September last year. "That's what people are studying these days." He added: "Those who do are the most successful states in the world – those who don't will get left on the sidelines."

In fact, Harvard researchers were recently able to turn back the biological clock

on prematurely aged mice. Maybe immortality is just around the corner... but probably not in this leader-for-life's lifetime. Related Content: Discoblog: Kazakh Prez Brags That His Capital Is So Cold That It’s Germ-Free