A Woman's Uterus May Play a Role in Memory and Cognition 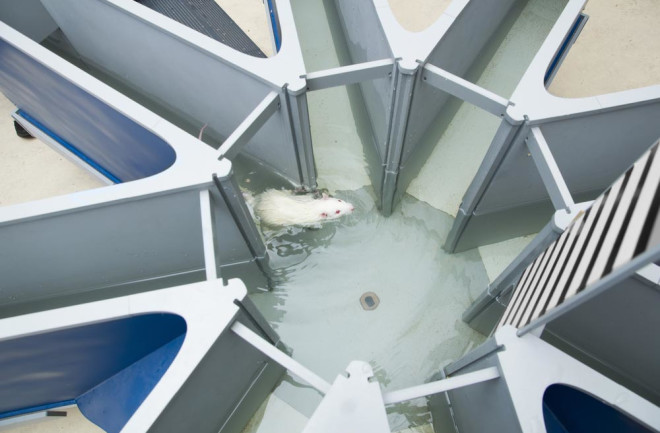 One-third of women in the U.S. have their uterus removed by age 60. A study in rats (not pictured) showed the procedure can reduce memory and cognition. (Credit: IrinaK/Shutterstock)

(Inside Science) — In medical textbooks, the nonpregnant uterus is often described as quiescent, dormant and useless. But now, researchers have found that the uterus may play a role in memory and cognition — a role hitherto unappreciated because researchers haven’t looked closely at the uterus’s role outside of pregnancy.

A third of women in the U.S. have their uteruses removed, a procedure called hysterectomy, by age 60, according to Heather Bimonte-Nelson, who directs Arizona State University’s behavioral neuroscience of memory and aging lab and is senior author of a new paper detailing the research.

The uterus is connected to the autonomic nervous system, which coordinates unconscious functions like breathing and digestion. While researchers have long studied the way the ovaries interact in the body and with the brain, the uterus has often been overlooked, according to the researchers, who studied the effects of hysterectomy in female rats. “People talk a lot about the ovary-brain connection because we know now that estrogen and progesterone have such marked effects on things like memory. But we hope that scientists will start thinking about the uterus-ovary-brain system instead of just the ovary-brain system,” said Bimonte-Nelson.

Holly Fitch, a professor of behavioral neuroscience at the University of Connecticut who was not involved in the research, praised the study design, saying that it used appropriate sample sizes and control groups.

The rats recovered for six weeks after their procedures, and then performed memory tests in a water maze that contained eight arms radiating out from a circular center — four arms contained hidden platforms and four arms were empty. The researchers placed the rats in the center of the maze, and once the rat found a platform it and the rat were removed. The rat then restarted the maze to search for the remaining platforms.

Only the rats that had only their uteruses removed were unable to remember which arms of the maze never had a platform, while the other groups did remember.

The researchers were initially surprised by the results, prompting them to replicate the experiments. “When the second study results had the same effect and the same pattern was there, we knew that we had hit on something important,” Bimonte-Nelson said. “No matter how we looked at it, the data were telling us that removing the uterus was impacting cognition.”

The researchers developed the uterus and ovary removal surgeries to ensure that they were as similar to a human version of the surgery as possible, but still, results from a study looking at rats will not necessarily have the same results in humans. The researchers also noted that rat life spans are much shorter than humans’ and further research is necessary to understand if the cognitive effects of hysterectomy are long-lasting.

Furthermore, the researchers said that they don’t want the results to be alarming for women with hysterectomies, but rather a call to continue investigating the role of the uterus in cognition across the life span.

[This story was originally published on Inside Science.]