Give a nurse 15 minutes and a nasal swab, and they might be able to tell you if you have coronavirus with this low-cost, rapid antigen test. 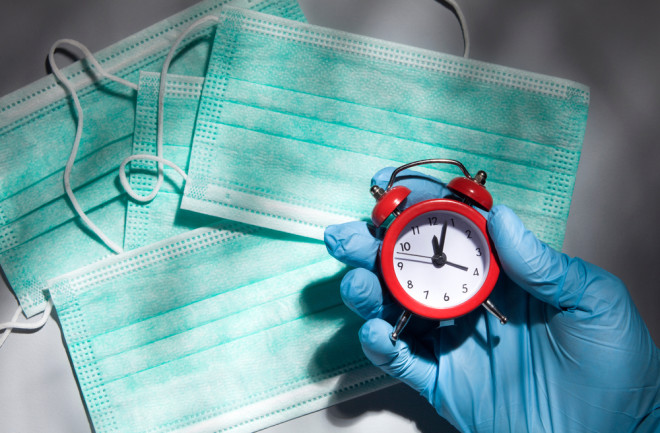 The National Institutes of Health is putting hundreds of millions of dollars toward new SARS-CoV-2 tests with the hope of finding fast, cheap and high-quality versions sooner rather than later. One that promises to deliver on all three qualities just received emergency-use authorization by the FDA: a nasal swab antigen test.

For those keeping track at home, this is a variety of SARS-CoV-2 test you likely haven’t seen in action before. Instead of needing a blood draw, spit in a tube or a large machine to process someone’s nose swab, this antigen test requires medical professionals to wipe a nasal sample on a special card. In 15 minutes, according to the manufacturer, one line or two will appear. One means negative, and two means the sample provider has COVID-19. Abbott, the healthcare company behind the test, will sell them for $5 each.

The process sounds like an at-home pregnancy test — and that’s because those drugstore options rely on the same technology as this SARS-CoV-2 test, explains Jordan Feld, a physician who studies antiviral immune responses at the Toronto General Hospital Research Institute. Though this new test isn’t quite as easy as the pregnancy version (as it still requires a medical professional to swab your nose), it comes with some benefits.

“It's definitely a useful tool to have, and something that can be done so quickly and cheaply is important,” says Feld. Historically, however, similar tests for respiratory viruses struggle to consistently deliver correct diagnoses. Only further, real-world use of these antigen tests will tell if they provide the right — and meaningful — results.

The term antigen tests tells you exactly what this exam looks for: antigens, or molecules that trigger immune responses. In this case, the target is a small amount of the SARS-CoV-2 virus. After swabbing the back of someone’s nose, a medical practitioner folds the test card over the cotton bit. Then, thanks to added fluid, whatever is on the swab flows along the test paper. Waiting on the card are antibodies — the proteins we pump out when developing an immune response. In our bodies, antigens and antibodies bind together. The test aims to mimic that interaction. If the virus (or bits of its proteins) was in someone’s nose swab, the molecules would connect with immune system proteins on the paper and cause two lines to appear.

Pregnancy tests differ in that they suss out hormones, not a virus, in the sample fluid. Those common exams are also different in another important way, Feld says. When someone is pregnant, they produce lots of the target hormone, making it easy for the test paper to detect. The same can’t always be said for individuals sick with SARS-CoV-2.

Depending on whether someone is newly infected, symptomatic or recovered, they likely have different amounts of the virus in their system, Feld says. The lower the concentration of the virus, the harder it is for a test to detect. Other SARS-CoV-2 tests get around that problem by making tons of copies of whatever genetic material is in a sample in the hopes that, if the pathogen is present, there will eventually be enough to observe. Swabs wiped on a card don’t need that step. “With an antigen test, you're trying to develop a tool that is sensitive enough to be able to pick up the presence of that protein without amplifying it,” Feld says. If the card isn’t sensitive enough to pick up even very low concentrations of SARS-CoV-2, it will incorrectly label some people as free of COVID-19.

The data Abbott submitted to the FDA says that 97.1 percent of the time, the antigen tests correctly identify someone with COVID-19 as positive for the virus. Whether that performance ratio appears in real-world settings is still unclear. “When this is done in the primary care provider’s office,” asks Feld, “are they going to get the same quality control as the studies [Abbott] got to submit to the FDA?”

At the same time, researchers are trying to answer another crucial question about COVID-19: How much SARS-CoV-2 can someone have in their system before they’re contagious? From a pandemic-control standpoint, an individual's ability to pass the virus along to another person helps determine whether or not they need to self-isolate. The medical community doesn’t yet know when someone tips from the safe-to-socialize category into the stay-at-home one.

If researchers find the infectious threshold — and if this antigen test happens to identify when people cross the line — it could be incredibly valuable, Feld says. The cost and speed allow for easy testing of large groups, and even day-after-day testing of people who were exposed to an infected person could, in theory, show if and when someone develops enough of the virus to make others sick, too.

Feld hopes the test helps to quickly identify COVID-19 cases in the real world and allows for more insight into the virus itself. “It's part of our learning curve with understanding the infection,” he says.

Editor's Note: This story was updated to clarify that Abbott is a healthcare company.