A young patient sends a physician on a mystery tour of forgetfulness, nonchalance and revelation. 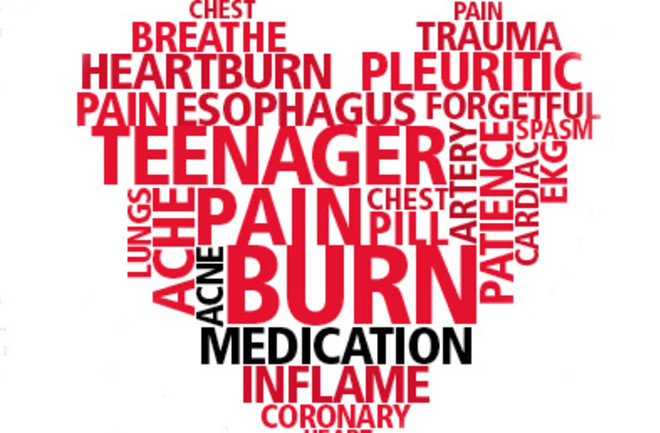 It’s a declaration guaranteed to grab a physician’s attention. And it certainly got mine one day as my healthy-looking new patient pointed to the middle of his sternum and added, “It’s an ache right here.”

Walk into any emergency room, your fist clutched to your chest, and say, “I’m having chest pain,” and most of the following will happen: You will be fast-tracked to an exam room and connected to a cardiac monitor. Oxygen tubing will be slipped under your nose. An intravenous line delivering saline will be inserted into your forearm. It will be assumed that you are having cardiac pain until proven otherwise. Blood will be drawn and sent stat to the lab. And you will probably be asked to chew an aspirin as a technician performs an electrocardiogram, or EKG, a record of your heart’s electrical activity. It’s a scenario that unfolds hundreds of times a day all over the U.S.

But that’s not how it played out that day in my internal medicine office when my patient, Ryan, pointed to his chest. For starters, he was only 16 years old. Teenagers, even kids, can have coronary artery disease (CAD). But angina and heart attacks this young are rare.

Still, some conditions can lead to hardening of the arteries in children and adolescents. Rare inherited disorders that affect lipid metabolism and cause high cholesterol, for example, can set young people up for CAD. Childhood diabetes, too, may lead to early CAD, especially if there is accompanying obesity. And children with advanced kidney disease, particularly those on dialysis, can develop CAD.

But these are a tiny minority of children and adolescents. So before I had my nurse run to get the EKG machine and call 911, I asked Ryan if he’d had problems with diabetes, kidney disease or cholesterol. He answered no.

“Are you taking any medications?” He shook his head. His chart showed that his vital signs were all normal. The chances of his pain being due to CAD, I decided, were remote.

A Pain in the Chest

What else then can make a young heart hurt? I focused first on pericarditis, an inflammation of the pericardium, the sac surrounding the heart. The disorder can produce sharp pain in the mid-sternum. The pain may radiate to the back, in the space between the shoulder blades. And the pain typically is pleuritic, meaning it is accentuated by deep breathing. Anyone who’s broken a rib knows what pleuritic pain feels like.

Ryan admitted that, yes, he sometimes felt the pain between his shoulder blades, but no, it didn’t get worse with each breath. To rule out pericarditis, we would need to do an EKG and look for the changes characteristically found with that disorder. I also made a mental note to listen for a rub when I had my stethoscope over his heart. A rub is the sound made by an inflamed pericardium rubbing against a beating heart.

There were other things to consider, as well. Not all chest pains, for example, are heartaches. The list of causes of non-cardiac chest pain is a motley one. It includes such obvious things as penetrating trauma, like gunshots and stabbings. What about blunt trauma to the chest? That’s typically obvious, too, but not always. Ryan was, after all, a teenage boy. I asked him if he’d perhaps gotten thumped in the chest horsing around with his buddies, or maybe there had been a mishap in a martial arts class? His answer was “nope.”

Pleurisy is also on the list of non-cardiac causes of chest pain. Like pericarditis, it’s an inflammation often caused by a virus, but instead of the heart, it affects the lining of the lungs. It leads to sharp, highly localized pain. A stethoscope will pick up a coarse rub when the surface of the lung rubs against the inside of the chest wall during breathing. But again, Ryan’s pains were neither sharp nor pleuritic.

Having thought about the heart, the chest wall and the lungs, I turned to the last big item on the list: the esophagus. It runs from the base of the throat down behind the windpipe and heart to where it connects to the stomach just below the diaphragm. A foreign body such as a fish bone caught in the wall of the esophagus can produce a constant pain. Also, acid refluxing from the stomach into the lower esophagus can induce spasms and chest pains indistinguishable from a heart attack. Ryan said he didn’t eat fish, and that he didn’t think he’d ever experienced heartburn.

The physical exam, like the history, didn’t reveal much, either. The chest wall wasn’t bruised, and there was no tenderness with manual compression. The lungs were clear, and the heart sounded normal. There were no rubs, pleural or cardiac. Pressing on the upper abdomen did not generate pain in the chest. The exam was perfectly normal.

I removed the stethoscope from my ears and draped it around my neck. I looked at the EKG. It was normal. Time, I thought, to go back and flesh out the story a bit more.

“How long did you say you’ve had this pain?” I asked Ryan.

“What happened a week ago?”

It was a perfunctory response to which he’d obviously given no thought.

“Did you do anything new or different a week ago?”

“Oh, I started taking a pill for my acne,” he answered.

“A pill for your acne? I thought you said you weren’t taking any medicines.”

Having raised three daughters, I well remembered how patience is not just a virtue; it’s a necessity for preserving sanity when dealing with adolescents.

“Was it an antibiotic?”

“Does the name ‘tetracycline’ sound familiar?” I felt like a gumshoe in a noir detective novel. Tetracyclines are often prescribed for acne.

“I took the pill late one night and then I went to bed. I had the pain the next day.”

I could barely mask my surprise and concern as I asked, “Did you swallow a tetracycline pill and then lie down?”

I called Ryan’s dermatologist’s office and confirmed that he was prescribed a form of tetracycline as treatment for his acne. He’d been instructed by the doctor not to lie down after swallowing the pill, but like many teens, he decided that warnings were meant for everyone but him.

I hung up the phone, certain now of what was causing Ryan’s chest pain. I turned to him and said, “You picked the wrong time to lie down.”

I began to re-examine him carefully as I explained that tetracycline is notorious for causing burns if it gets stuck in the esophagus or gets delayed in transit. The capsule’s contents are caustic when in contact with the wall of the esophagus. It can eat a hole, or ulcer, in the lining. That’s why patients are advised to swallow the pill with a good 6 to 8 ounces of water and avoid lying down for half an hour, to give the medicine more time to move into the acid-resistant stomach, where it’s quickly diluted with gastric contents.

Esophageal burns caused by tetracycline usually heal on their own once the medication is stopped. But occasionally scarring may narrow the esophagus, necessitating an endoscopic procedure to dilate the tube back to normal size. And if a burn is bad enough, it can perforate the esophagus and lead to a life-threatening infection in the center of the chest, right next to the heart.

The repeat exam was negative. Ryan told me that he stopped taking the pill two days after starting it.

“Are you having any pain when you swallow?” I asked him.

He was healing. I quietly breathed a sigh of relief. My irresponsible teenage patient had dodged a bullet. It’s a wonder, I thought, how any of us ever survive our teenage years.

[This article originally appeared in print as "Teenage Heartache."]