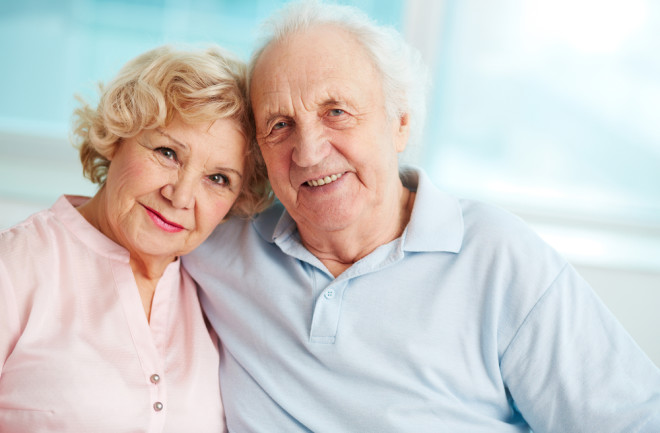 Researchers say that women may be born with an advantage when it comes to longevity. (Credit: Pressmaster/Shutterstock.com)

Women have an average life expectancy that’s about 4 years longer than men’s – regardless of culture or geography. Even among animal species, females outlive males.

Why females have an advantage in the longevity department hadn’t been well understood. In the past, some had assumed it had to do with lifestyle. But scientists say there may be a genetic mechanism underlying this age-old phenomenon. In a new study, researchers found that mice with two X chromosomes lived longer, regardless of other biological factors. Researchers say the finding suggests the second X chromosome may govern longevity and explain why women outlive men.

Researchers found that mice with natural female mouse biology — two X-chromosomes and ovaries — outlived all the mice. But mice with two X-chromosomes tended to live longer, regardless of whether they had ovaries or testes. Among this group of mice, the longevity effect was observed beginning at 21 months, which is at the end of a normal mouse lifespan. Researchers say the results point to a potential role of the second X chromosome in longer lifespans.

“This suggests that the hormones produced by female gonads increase lifespan in mice with two X chromosomes, either by influencing how the mouse develops or by activating certain biological pathways during their lives,” said Dena Dubal, a neurologist and senior author of the study published in Aging Cell.

Scientists don’t understand exactly why the second X chromosome contributes to a longer lifespan. It may be that the second X and its genetic expression has a protective effect that increases survival. Another theory is that the presence of a Y chromosome is somehow harmful. However, the scientists hope to understand this interplay by embarking on future chromosonal studies.

“When things go wrong in aging, having more of the X chromosome, along with its diversity of expression, could be really beneficial,” Dubal said.