A Promising Drug for Disease That Took Leonard Nimoy's Life 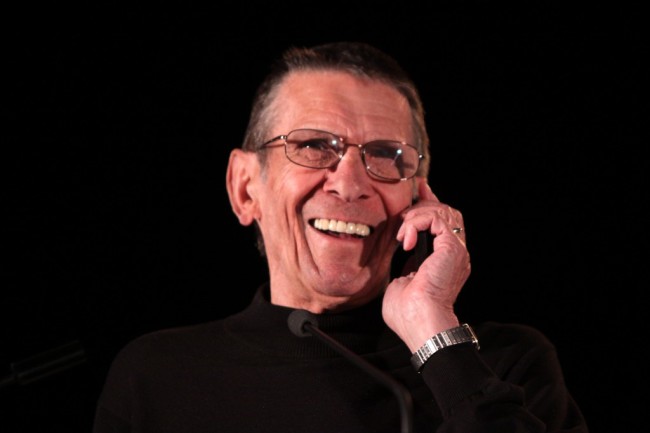 The world mourned the recent death of Star Trek icon Leonard Nimoy, who had revealed in 2014 that he was suffering from chronic obstructive pulmonary disease (COPD). The disease, a persistent inflammation of the lungs’ airways, is most often caused by smoking; Nimoy had quit decades prior to his diagnosis. There's no existing treatment for the disease, and it's the third leading killer in the U.S. But this week scientists announced they'd found a drug that successfully treats COPD in mice. The drug, when inhaled, could be a way to reverse the inflammation that leaves COPD sufferers struggling to breathe.

Inside our lungs, white blood cells called alveolar macrophages work to keep the airways clean by engulfing and digesting debris, including dust and dead cells. But in COPD, these normally helpful cells become the problem, rising in number and secreting inflammatory proteins. Keeping alveolar macrophages in check would be the best way to stop COPD at its roots. Scientists therefore turned to an osteoporosis pill. The drug, called alendronate, prevents the destruction of bone and minerals inside the body. And part of its mechanism of action is to make certain macrophages self-destruct. 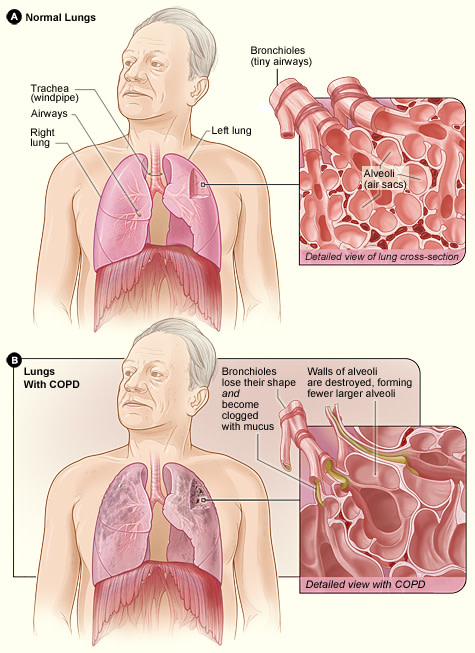 Researchers therefore wanted to test alendronate’s ability to kill alveolar macrophages. They induced emphysema in mice and then gave the mice an aerosol version of alendronate into their lungs. They found that within days the drug induced self-destruction in the macrophages, reduced inflammation and minimized airway swelling. When scientists gave mice with emphysema alendronate in pill form, it wasn’t effective at all. Almost all of the alendronate given to mice was absorbed into the bones before it ever reached the lungs to fight macrophages. So in order to have a therapeutic effect in the lungs, the drug must be inhaled. Scientists, who published their results Tuesday in the journal Nature Communications, say this is the first demonstration of alendronate’s possible applications as an inhaled drug. Alendronate is just one drug of many belonging to a class of bone-preserving drugs called bisphosphonates. This class of drugs, with further testing, could be a source of effective, non-invasive treatments for a crippling disease. It came too late for Leonard Nimoy, but for millions of other people living with COPD the treatment could be a literal lifesaver. Image by Gage Skidmore via Wikimedia

HealthWill the Vaccine End the Pandemic? This Question Must Be Answered First
Recommendations From Our Store