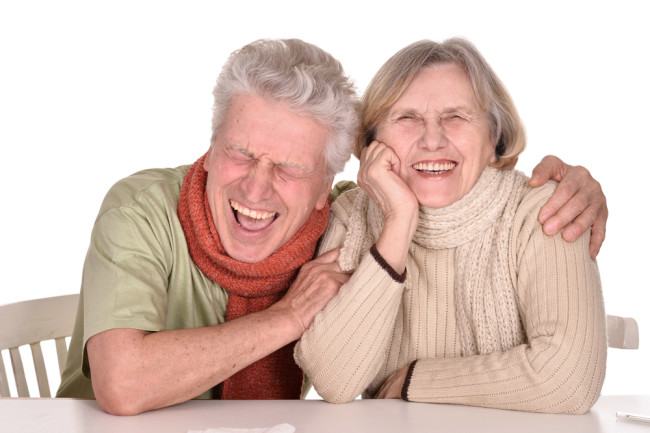 English comedian Sir Norman Wisdom once joked that three things happen as you get older: First, you lose your memory; then, well, Sir Norman couldn’t remember the other two. All jokes aside, a new study shows that getting older should be a laughing matter. A small study conducted by researchers at Loma Linda University in California suggests that laughter can improve short-term memory in older adults. Elderly test subjects who watched a 20-minute funny video performed better on all measures of a memory test immediately following the experiment and had lower levels of the stress hormone cortisol, which is known to negatively impact neurons in the brain. Researchers say their findings could be applied to rehabilitative and wellness programs for the elderly.

Improving Memory a Laugh at a Time

To test the link between humor and memory, researchers gathered a group of 20 healthy individuals who were between 66 and 72 years old. One group, the humor group, watched a funny video without distractions. The control group simply sat calmly in a room without video. Researchers administered a standardized memory assessment after the test period, and took saliva samples — to measure cortisol levels — before and after the experiment. Results showed that learning ability and memory recall increased by roughly 40 percent in the humor group, but only increased about 20 percent for the control group. Salivary cortisol levels also decreased with the humor group, but remained unchanged in the control group. Researchers told ABC News

that laughter may improve immune system function in addition to changing brain wave activity toward a “gamma frequency,” which amps up memory and recall. The findings were presented Sunday at the Experimental Biology meeting in San Diego

Although the findings seem to show laughter is potent medicine, the sample size only included 20 individuals, which is very small. However, next time you forget to pick up milk from the grocery store (which was the reason you went in the first place), it won’t hurt to just laugh it off. Photo credit: Aletia