John Farrell pointed me to this Anne Gibbons' piece, A New View Of the Birth of Homo sapiens. Here's some interesting passages:

The new picture most resembles so-called assimilation models, which got relatively little attention over the years. “This means so much,” says Fred Smith of Illinois State University in Normal, who proposed such a model. “I just thought ‘Hallelujah! No matter what anybody else says, I was as close to correct as anybody.’ ” ... But the genomic data don’t prove the classic multiregionalism model correct either. They suggest only a small amount of interbreeding, presumably at the margins where invading moderns met archaic groups that were the worldwide descendants of H. erectus, the human ancestor that left Africa 1.8 million years ago. “I have lately taken to talking about the best model as replacement with hybridization, ... [or] ‘leaky replacement,’ ” says paleogeneticist Svante Pääbo of the Max Planck Institute for Evolutionary Anthropology in Leipzig, lead author of the two nuclear genome studies.

I suppose 'assimilation' sounds too generic, but 'leaky replacement' seems more fitting for a building 'super'. But it isn't as if paleoanthropology has a Don Draper, a rogue with a way with words. Here's the infographic that went along with it: 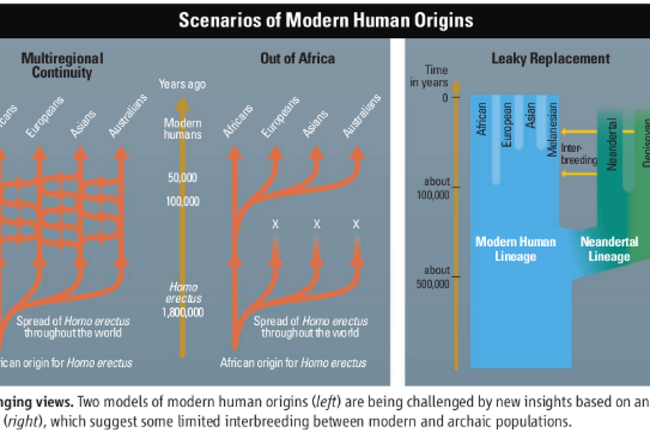 One issue I'm wondering: what's the best mammalian analog for humans? By humans I mean our lineage since the emergence of H. erectus (or whatever they're calling it now) and its expansion into Eurasia. Off the top of my head, I think the gray wolf is the best candidate: 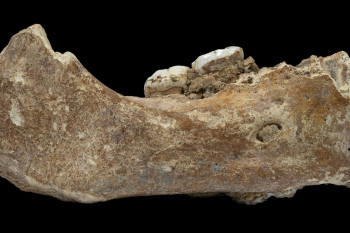 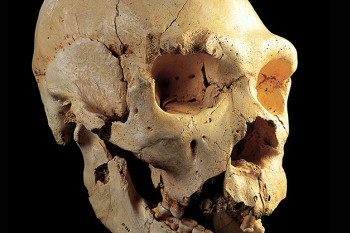