A Doctor Confronts a Man About Why He's Swallowing Rocks

Confronted with the unusual cause of his symptoms, a secretive patient stonewalls the doctor. 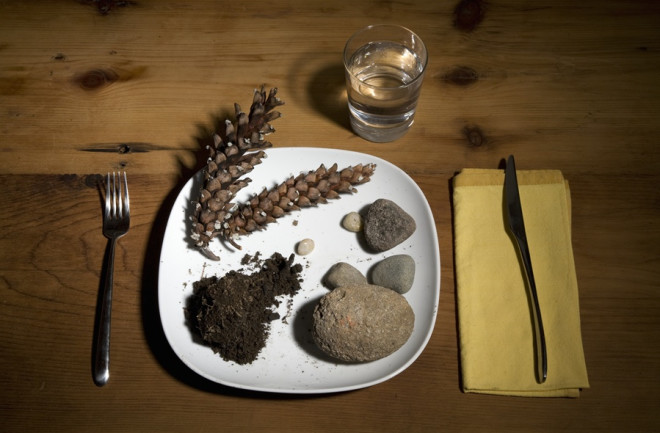 Most gastroenterologists don’t choose their subspecialty based on its inherent glamour. The nitty-gritty of GI doctors’ work may not make for good party talk, but gastroenterology does afford its practitioners the opportunity to take care of a wide range of patients — young and old, male and female, and with a diverse set of problems ranging from heartburn to colon cancer. A big part of gastroenterology involves performing screening colonoscopies to look for and remove colon polyps that could develop into cancer. Sometimes when we look into the colon, however, we find the unexpected.

The patient in question, let’s call him Jasper, was a 55-year-old man who had developed some intermittent abdominal discomfort and a feeling of heaviness in the right lower quadrant of his belly. The symptoms had been present for some time and were mentioned only to his primary care doctor in response to some standard questions about his overall health. As Jasper had never had a screening colonoscopy (and was well overdue to have one — most patients need their first screening colonoscopy at age 50 and every few years thereafter), he was referred to me for an evaluation. Given these facts, and because a colonoscopy is also part of the standard workup of lower abdominal pain, I scheduled him for the procedure.

When Jasper arrived in the endoscopy unit, he looked quite robust and healthy. On questioning him, he reported no other troubles beyond those that he mentioned to his primary care physician. After obtaining his informed consent for the procedure, he was sedated, and we began his colonoscopy.

A complete colonoscopy involves inserting the colonoscope to a depth of about 5 feet, all the way into the cecum, a chamberlike region in the right lower quadrant of the abdomen. The cecum marks the beginning of the colon, and it sits just below the very end of the small intestine.

When I advanced the colonoscope into the patient’s cecum, I encountered a profoundly unusual sight — a large collection of what were undoubtedly stones. I don’t mean gallstones or kidney stones, or some other unusual calcification created by the human body itself, but actual geologic rocks from the earth.

There were at least a dozen stones the size of marbles, and well over 100 pebbles amid a heap of what can only be described as sand and mud. The entire collection would have filled a small cup and would probably have weighed a couple of ounces. It was immediately obvious that there were too many stones to remove with the colonoscope. Using the camera built into the colonoscope, I quickly captured several color pictures of my findings and then completed the rest of the examination, which was otherwise unremarkable. I printed the images and incorporated them into the procedure note itself.

After the effects of the sedatives had some time to wear off, I met with Jasper and his wife. I reviewed the findings of the examination and showed him the photos of the rocks, pebbles, sand and mud in his bowel. I asked him if he could tell me anything about this. The patient met most of my questions with a look that could only be described as astonishment. His wife likewise stared at me with a mix of puzzlement and shock on her face. Jasper told me that he had no idea how the stones and pebbles had gotten there. Then it was my turn to be astonished, as he went so far as to ask if I had put them there during the procedure!

It certainly seemed to me that we had identified the cause of the heavy sensation he was experiencing in his right lower quadrant, where his rock-filled cecum was located. I told him that I could envision a time when there would be so many rocks and stones that he could develop a blockage or tear in his bowels — which would likely require emergency surgery — or that he could get some sort of infection from such objects that clearly did not belong in his digestive system.

Frankly, Jasper was lucky that his symptoms were so minor, given how much material was in his colon. I offered to prescribe him a laxative regimen that could help him purge the existing stones and debris over time. I told him that if he did not have good success with laxatives, I might have to repeat his colonoscopy and, using some special tools, try to dig out all the rocks, pebbles and mud with the colonoscope. Failing that, he might need surgery.

After all this, Jasper still insisted that there must be some mistake — and some other cause for his symptoms. He curtly assured me that he would follow up with his primary care doctor to look for other causes of his troubles. Standing up, he thanked me for my time, asked his wife to go get the car and pull it up to the front of the building, and began to change from his hospital gown into his street clothes. Jasper’s tone and body language were clear: I had been dismissed. I mentally raised a single eyebrow in his direction and went back to my desk to look up the next patient on the roster for the day.

A few minutes after his wife left the endoscopy unit, Jasper made a point of catching my eye and gingerly motioned for me to return to his bedside. When I came over to him, his manner was entirely different from the abruptness I had seen just a few minutes ago. Glancing around to make sure nobody else in the recovery room was listening, he looked at me and said, “It’s true, I ate those stones, all of them. You are the first person to ever know about it.”

Jasper acknowledged a long-standing history of eating pebbles and rocks of all manner on a daily basis. When I asked why he did it, he could give no explanation for this behavior and stated that he was, despite his secretiveness, untroubled by this odd habit. He told me that while he walked about over the course of any given day, he frequently would scan the ground for pebbles or small stones or even small patches of sand that looked appealing and scoop them up. When nobody was looking, he would put them in his mouth, roll them around for a while, and eventually swallow them. Jasper told me that he didn’t mind it if the stones were dirty or muddy, either — he would just clean them off in his mouth and swallow everything.

He had been doing this since childhood — as far back as he could remember — and enjoyed it. He recognized it was an unusual urge, enough that he didn’t want his wife or anyone else to know about it, but he said he felt great satisfaction in finding just the right kind of pebble or stone to eat.

Jasper insisted he never had any abdominal symptoms that he could relate to this habit, and even now he resisted the idea that his current symptoms were at all related to the stones I found in his colon. When I delved deeper into his medical and personal history, I learned that he had no history of mental illness, had a stable employment history and, in addition to being married, was also the father of several children. To the best of his knowledge, no other family members had similar behavior.

He asked me if I thought there was any risk to what he was doing. I immediately reiterated my concerns about a blockage or tear. After thinking about this for a few moments, he shrugged. “If I was going to get sick from this,” he told me, “it would’ve happened a long time ago.” When I asked if he was going to stop doing it, he said, “I’m not sure I could stop if I wanted to, and I am not even sure I want to stop.” At this point, a nurse came and told us that Jasper’s wife was waiting for him. Jasper stood up, shook my hand, thanked me for looking out for him, and left.

My patient had what is known as a pica: the intentional ingestion of a variety of nonfood objects. Some picas can seem incredibly strange. For example, hyalophagia refers to the consumption of glass, whereas trichophagia refers to eating hair or even wool. A common perception holds that picas represent an attempt for the body to satisfy some unmet need, such as a deficiency of calcium in a child who eats chalk, but in reality the causes of most picas are less than clear. We don’t commonly see picas among adults, although many of us remember the kid from elementary school who ate paper or paste and then over time outgrew the habit.

Jasper undoubtedly had a lifelong pica called lithophagia — sometimes referred to as geophagia — the ingestion of sand, mud or rocks. As in Jasper’s case, this pica can be asymptomatic or can lead to the GI problems I outlined to my patient. It is impossible to know how common this pica is as most people, like my patient, would be reluctant to acknowledge behaviors that others might find strange or off-putting. Jasper took pains to hide his habit from those around him, even his family members, making sure he was unobserved when he did it.

Although I obviously felt Jasper should stop this potentially harmful habit, it was difficult to know how hard to push him to get treatment. I let his referring physician know about the day’s events — he assured me that he would discuss it with Jasper at his next visit and see if he wanted to see a psychologist about the whole situation. In mental health, a good rule of thumb is that if the illness does not trouble the patient or those around him, it may not require any treatment (and my patient certainly did not seem to be bothered by his pica).

As Jasper left, I couldn’t help but wonder how a follow-up conversation with his regular doctor would go over with my patient (and his wife).

But what I really wanted to know was whether he would choose a stone from our front walk on the way to his car.