A Change of Mind

How did this 30-something guy go from charismatic to catatonic? A trip down memory lane will get you there. 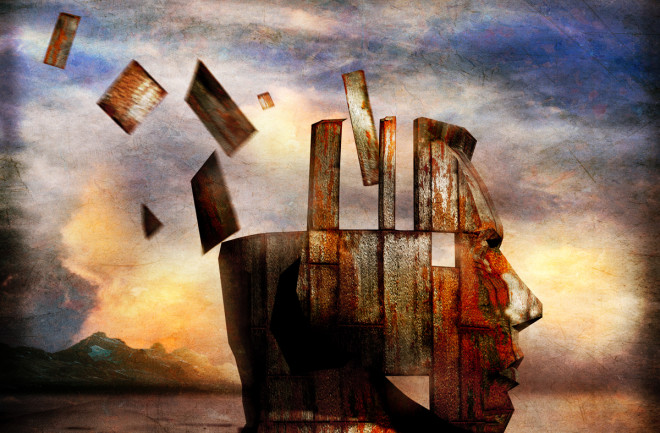 When I first met Billy, he was sitting motionless in a wheelchair, gnawing on a bedsheet dangling from the side of his mouth. He did not reply to questions. When I asked him something, he would just stare at me with an ear-to-ear smile, as if he knew something no one else did. His muscles were stiff. Occasionally he would glance from side to side, chew on the sheet or pick at his arms with his fingernails.

Two weeks ago, Billy went to the emergency department of another hospital with wet shoes on the wrong feet, saying, “I need to talk … about brain damage.” Now he was in a state of catatonia, immobile and stuporous. How could a perfectly healthy guy become like this in just a handful of days?

With silky black hair, a winning smile and a cocky, sarcastic edge to his humor, Billy typically had enough charm to fill any room and made friends easily. He was in his early 30s, had a master’s degree in chemistry and worked for years in a commercial laboratory. He was moving up in his career and had a steady girlfriend.

But suddenly things changed. He became distant from his friends and family. He was laid off from his job and broke up with his girlfriend. He lost the ability to pay his bills, maintain his car and apartment, and feed himself. When his mother went to look for him in his apartment, she discovered towering stacks of empty pizza boxes. Full, untouched containers of home-cooked food she’d made for him lay all over the house, spoiled. Billy’s car was found abandoned in a distant public park. No one was sure how he found his way to a hospital. The answers would have to come from Billy, but he was mute.

After being transferred to our hospital, Billy went straight to the psychiatric ward, where we immediately asked the question: What caused him to become catatonic? Catatonia can result from severe infections, medication side effects or drug overdoses, or it can be a complication of psychiatric illnesses, like bipolar disorder or schizophrenia. Since Billy did have bipolar disorder, we identified that as the likely culprit, though Billy’s mother insisted that his case was a mild one. We started with a drug screen, which came back clean for illicit substances. Routine blood tests were normal. A CT scan of his brain was normal; an MRI was equally inconclusive. Yet, the catatonia had to be treated, even if we couldn’t be sure what caused it.

While it’s been misused in the past, the best-known and scientifically proven treatment for catatonia is electroconvulsive therapy (ECT). It involves inducing 30-second-long seizures by firing electrical pulses at the brain under general anesthesia.

We decided to try it with Billy, and the results were incredible. After several sessions over a handful of days, the catatonia began to regress, and Billy’s personality started to re-emerge. He began talking again — a lot — though much of what he said was initially incomprehensible. He started flirting with female nurses and doctors, giving them an occasional wink or asking them out on dates. His sense of humor returned, and, after a few weeks of treatment, Billy could walk without a wheelchair. One thing, however, did not return to normal: his memory.

Billy could not remember basic information about himself or his past. He could not recall who the president was, who his doctor was, or even that he was in a hospital. Yet, he always pretended he knew the right answers.

“Billy, do you know why you’re here in the hospital?” I asked.

“Yeah, because of my knee.”

“What’s wrong with your leg?”

“It’s been hurting me for weeks. That’s why I got surgery on it yesterday.”

This wasn’t true, of course. “You got surgery yesterday?”

“Yeah,” Billy nodded. “It was a torn ligament. Surgery went well, though. You guys have been great at taking care of me. I can walk a lot better now. No wheelchair or anything.”

His answer referenced the fact that he had recently been using a wheelchair, but the rest of his story was false. Yet Billy wasn’t intentionally lying. He was exhibiting a symptom known as confabulation, in which patients cover up gaps in memory by fabricating bogus replies and asserting them with confidence. Each morning I would interview Billy, asking any and all questions that came to mind as I tried to uncover clues that might hint at what caused his sudden transformation. Each time he would trot out the same confabulated answers. As days turned into weeks, Billy just wasn’t getting better.

When physicians see new symptoms develop in the hospital, we always have to wonder: Is it something we did? Doctors wonder about medication side effects. Surgeons fear complications. In our case, we had fired electrical shocks at Billy’s brain in an attempt to cure his catatonia. But could that have disrupted his memory? Absolutely. Memory loss is a known side effect of ECT, though it is usually transient. In rare cases, however, the damage to memory can endure for months or even years.

At what point do you attribute a devastating symptom to a treatment’s side effect? When you’ve exhausted all the other possibilities. We decided to send Billy through the MRI machine for a second scan of his brain. If there was damage, perhaps now it would reveal itself.

I opened the MRI image file, Billy’s gray and white matter overtaking the computer screen. The scan was abnormal, but I couldn’t say how. I called the neuroradiology department.

“Yes, I’m looking at it now,” the radiologist said. “It’s hard to say. There’s diffuse damage there, especially in the deep recesses of the brain. I am just not sure what could cause this. The pattern is very strange. I’ve never seen anything like it.”

The damage was widespread, perhaps consistent with a large-scale injury such as a stroke or inflammation. Yet, the outcome on Billy himself was so isolated, so specific. Only his memory was affected. It just didn’t make sense.

The Art of Self-Expression

I was nervous. It was nearly two months into Billy’s hospitalization, and his mother was coming in for a meeting. She wanted answers, and she deserved them. Billy hadn’t made any progress. The tests we had done were confusing. The account of the events leading to his hospitalization remained as cloudy as ever. We were stumped.

Billy, however, was as jovial as ever, unaware that he was a walking medical mystery. He was equally unaware that he would be the one to solve it. After lunch, Billy joined some other patients who were participating in a group activity in which everyone was supposed to draw some of their favorite things. Self-expression, the instructor said, is an essential part of healing. Art therapy also can help tap memories that otherwise are locked away.

“I’m going to draw my favorite chemical reaction!” Billy exclaimed. Since he had worked in a laboratory for years synthesizing chemical compounds, this seemed like a reasonable thing for him to do. He sketched something on a sheet of notebook paper.

It appeared to be a partial sketch of a chemical reaction. Seeing the drawing, one of the medical students became curious. “What have you drawn there, Billy?” “It’s the reaction to make ketamine. It’s nearly there. I just have to make a few adjustments. I used to make it in the lab.”

“Why did you decide to draw that?”

“It was fun. Great for parties. I used to eat it all the time.”

I didn’t know much about ketamine, so I immediately began investigating it. Ketamine — its street name is “special K” — is used as short-term anesthesia for brief surgical procedures. Recreationally, it’s known as a date-rape drug because it’s virtually undetectable if you were to put it in someone’s drink. It causes confusion and loss of inhibitions, followed by short-term memory loss. Routine drug screens can miss it. Apparently, years of ketamine abuse can wreak havoc on the brain and cause catatonia as well as severe memory deficits and confabulation.

Billy was diagnosed with acute toxic encephalopathy, loosely translated as “drug-induced brain fry.” He gradually improved month after month. The last time I saw him, his memory was much better, and he was well on his way to recovery. He put his hand on my shoulder, looked me squarely in the eyes and said, “Hey man, I’m gonna give you some sound advice: Stay away from ketamine.”

Good advice. I just hoped he would remember it.