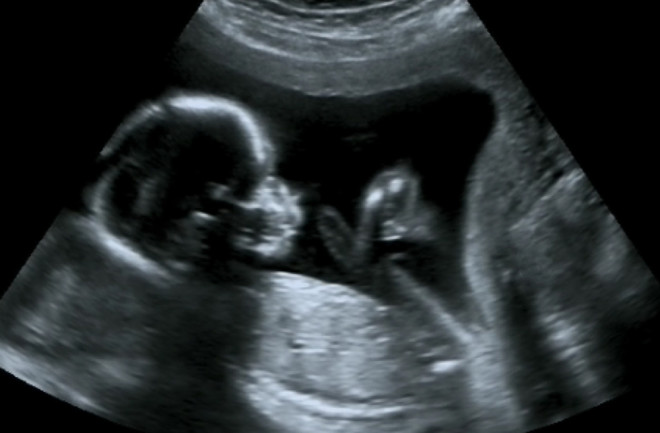 (Credit: Shutterstock) Advances in reproductive technology may radically change the options we have for starting a family. We’re not too far from fundamentally redefining what it means to start a family. Do you want to have children, but don’t have a partner? Do you want children with your partner, but it’s a same-sex relationship? Or perhaps you’re a woman who wants children without the burden of a 9-month pregnancy. You might opt for ectogenesis, or moving gestation to an artificial womb. Here's a glimpse of this brave new world of baby-making.

Ectogenesis and the Artificial Womb

In 1924, British physiologist and geneticist John Burdon Sanderson Haldane coined the term ectogenesis. Haldane was thinking of an artificial process in which development, from fertilization to birth, could occur outside of a woman’s body. He described ectogenesis in a work called Daedalus, where he predicted that about 70 percent of human babies would be born this way by the year 2074. Today, 92 years after Daedalus, judging by the pace of neonatology, genetics and other areas of biomedicine, it appears that we’re on track to have an artificial uterus-placenta of some kind within Haldane’s predicted timeframe. Thus far, the youngest surviving premature infants were born at gestational ages of 21 weeks, 5 days (weight 624 grams) and 21 weeks, 6 days (283 grams), respectively in 1987 and 2006. In recent years, a growing number of infants have survived after just 22 to 23 weeks gestation, but nobody has broken the age record, despite enormous technical advances in neonatal critical care. The limit on prematurity has much to do with the lungs — they're too fragile for even the gentlest ventilation techniques — and researchers are working on a device that diverts blood of the fetus/premature infant away from the lungs and oxygenates it. They are calling it an artificial placenta, because diverting fetal blood into the mother (where the blood gets oxygenated) is essentially what a natural placenta does. In April, researchers from the University of Michigan kept five extremely premature lambs alive for a week using a device that allowed for gas exchange without ventilation.

In a study published in May in the journal Nature, researchers showed that a fertilized human egg could develop without being implanted in a womb. The researchers terminated the experiment at 13 days gestation, not because there was a technical problem; rather, they arrested development due to an international agreement prohibiting experiments with human embryos older than two weeks. Depending on how ethical discussions develop in the years to come, it’s plausible that somebody, somewhere will push human embryo development to extend time limits outside the womb. If the lung assist technology, plus other devices, also push the survival to increasingly younger gestational ages, the two limits will eventually meet. Development from egg to mature infant would feasibly be possible outside a natural womb. We could imagine a future in which carrying a fetus inside your body will go the way of driving cars — a retro practice. Women who cannot carry a pregnancy for physical reasons and male gay couples could also benefit. Reproductive Cloning Therapeutic cloning refers to the creation an embryo with a genome matching that of a single individual. The embryo is not implanted in a womb to develop into a baby; instead, its development is arrested at a very early stage when it is a ball of identical cells, or a blastocyst. The cells are stem cells that can be used as regenerative medicine treatments in the person from whom the blastula or blastocyst was made. Society, in general, seems more open to the idea of therapeutic cloning. But so far, the same cannot be said of reproductive cloning, where the embryo is implanted and brought to term. Someone might opt for reproductive cloning based purely on narcissism, but it also could be useful to someone with fertility problems when standard treatments do not work. The most widely-used cloning strategy is called somatic cell nuclear transfer (SCNT). It’s a mouthful, but the name describes exactly what happens: A somatic cell is any cell in your body, other than a gamete cell (an egg or a sperm), specialized to function in particular tissues and contains your entire genome. In SCNT, the nucleus of a somatic cell is transferred to a donated egg cell whose own nucleus has been removed. The new egg cell can be triggered to act as a fertilized egg, producing a blastula whose cells are clones of the donor of the nucleus. Thus, if a woman’s egg cells were destroyed by radiation therapy, for instance, or if she is postmenopausal and has no more eggs, it’s theoretically possible to make her a child using one of her somatic cells, say from her skin or stomach. We also might imagine a homosexual male couple opting for reproductive cloning through SCNT, or just a single male, or any other scenario that you could imagine in which a female parent is not available. SCNT is how researchers at the Roslin Institute in Edinburgh, Scotland cloned Dolly the sheep from a genetically identical mother in the 1990s, but there are safety concerns surrounding the prospect of doing the same thing with humans. Dolly died prematurely of debilitating arthritic disease, which Roslin researchers do not think was related to the cloning. In fact, a recent study shows that Dolly’s offspring are, by all appearances, healthy sheep.

Four 8-year old Finn-Dorset clones born in July 2007 and derived from the mammary-gland cell line that gave rise to Dolly. (Credit: Sinclair et. al/ University of Nottingham) SCNT can ‘reprogram’ somatic cells — set them on a pathway to embryogenesis — by triggering epigenetic changes, modifications of the cell’s DNA that affects gene expression without changing the underlying genetic content. Animals created via SCNT maintain altered epigenetic patterns throughout life and many die in the womb, or are born with developmental defects. There’s concern that humans produced through reproductive cloning, even if healthy at birth, might be prone to health issues later in life –as occurred in the popular BBC America sci-fi TV series, Orphan Black. We can make cloning work in different animals, even large mammals, but we don’t yet know enough about the cloning process to be certain it’s safe for humans. But there are some jazzy new tactics being researched. It’s early to predict whether any of them will be safer than SCNT, but the existence of multiple ways of doing something increases the chances that something will pan out. New Technologies that Might Enable Reproductive Cloning In a study published recently in Nature Communications, researchers from the University of Bath demonstrated that mouse eggs that were about to divide from a single cell stage into a two-cell stage retained the capability to reprogram sperm DNA. Normally, this is something that happens earlier, during fertilization and that’s what leads to embryogenesis. Eggs beyond the fertilization stage become mitotic cells, they reproduce by dividing, rather than by fusing with other cells as gametes do. Skin cells, stomach cells, and all somatic cells are mitotic cells. If one type of mitotic cell –in this case a post-fertilization egg— can reprogram another type of cell –in this case a sperm— then all sorts of cell reprogramming scenarios should be possible. In lieu of the somatic cell/egg combination characteristic of SCNT, cloning might be achieved combining somatic cells and sperm, two different somatic cell types, two different sperm, so by reprogramming a somatic cell without help of an egg or sperm. There’s an important caveat: in the University of Bath experiments, the mechanism for the reprograming of sperm by post-mitotic eggs was epigenetic; the coiling DNA strands was switched from wrapping around one type of protein to another. As with SCNT, any type of cloning is going to involve messing around in some way with the epigenetics of the needed cells and the resulting child. This means that we still have a lot to learn. But if we do work out the kinks someday, the various sperm-sperm, egg-cell, and even egg-egg tactics that could emerge could be liberating for a society looking for new family planning paradigms.